Jarvis Landry “a little bit” ahead of schedule in challenging rehab, points to August return 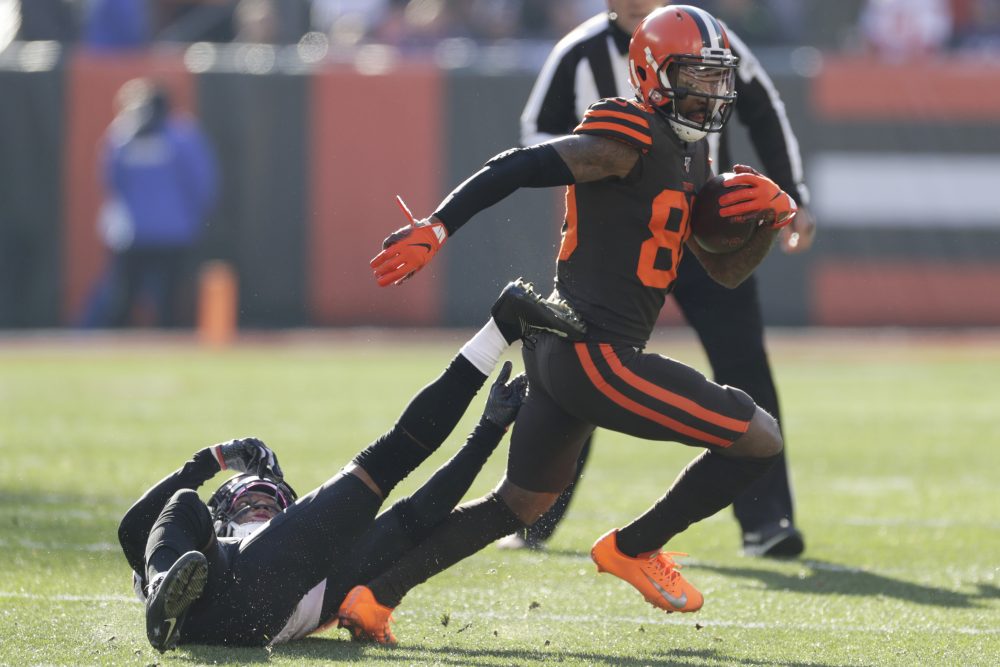 Rehab following any extensive surgery is taxing, painful and stressful.

Going through the process during the coronavirus pandemic raises the degree of difficulty by adding challenges and a layer of uncertainty.

Receiver Jarvis Landry has persevered, adjusted and gotten creative as he recovers from hip surgery Feb. 4. The original timeline for a return to the field was 6-to-8 months, and Landry said he’s on track to start the season, which the Browns are scheduled to open Sept. 13 in Baltimore.

“Rehab process is going great,” Landry said Wednesday on a Zoom call with reporters. “Right now I’m a little bit ahead of schedule, but the most important thing right now is taking it day by day. I can’t predict when exactly I’ll be on the field, whether that’s July, August or September. But obviously my (anticipated) return date is sometime in August.”

Landry, who made his fifth straight Pro Bowl last season after 83 catches for 1,174 yards, a 14.1 average and six touchdowns, was reluctant to have the surgery — cartilage was shaved and two pieces of bone removed from the labrum, which needed to be saved — and thought about playing “tough guy” for another season. In retrospect, he said surgery was “absolutely” the right decision because he didn’t want to be part of the reason he and the Browns didn’t have success in 2020.

Landry hasn’t missed a game in six seasons. While continuing the streak is a primary goal, he’s trying not to jump ahead in the rehab process.

“Yeah, that is in my mind, but I’m really focused on this rehab to make sure that I can be ready for the season,” he said.

The pandemic has caused him to make adjustments as he rehabs at his home in Florida. He said the most difficult part is not having access to the typical array of modalities — physical or electrical therapeutic methods or agencies.

The team’s physical therapist, Anthony Trem, sends him activities and checks in every morning and afternoon, and Landry consults with other medical professionals. He’s also been forced to take matters into his hands.

“I’ve learned how to cup myself,” he said, referring to the practice of creating suction on the body to help with blood flow. “I’ve learned how to needle myself, and those are just things that over time that I’ve picked up, obviously consulting with (the medical professionals) first about what I’m feeling and where I’m feeling these things at and what are the best modalities that I can do outside of jumping in the pool or riding a bike or something like that.”

He’s been working with a trainer at a gym after spending a month rehabbing at home to protect himself and his family from the virus. He said the training facility checks temperatures, has a 10-person limit for the building and disinfects between groups.

Landry, the team’s union representative, said he couldn’t speculate on a timeline for when players might safely return to the field. Minicamp in June hasn’t been ruled out, but Browns center and NFLPA president JC Tretter on Tuesday was focused on training camp in late July as the next deadline.

“The world needs sports. The fans need sports,” Landry said. “Everybody is looking forward to football season, being that’s the only season that seems to be on schedule right now. Just (have) to make sure that everybody’s safe — from the players to the fans to everybody in the whole entire world, because this is affecting a lot of people right now.”

Tretter says agreement with NFL to return during pandemic faces “long list of hurdles,” remains “a ways out”

The devotion to rehab prevented Landry from joining quarterback Baker Mayfield in Texas last week for workouts with receivers and tight ends. Landry thought about attending but couldn’t make the logistics work.

“I’m in a crucial part of my rehab process,” said Landry, who praised Mayfield for making sure everyone’s on the same page and staying together. “But, you know, obviously those guys, they made the most of it, made the best of it, got better for that week. We still did Zoom calls and Zoom meetings throughout the week, so I was able to be a part of their learning process. I just wasn’t out there on the field with them.”

Best friend and fellow receiver Odell Beckham Jr. also didn’t make the trip to Texas as he rehabs following core muscle surgery in January. Beckham got a house close to Landry in Olmsted Falls so they could hang out during the season, but the virus and their rehabs have kept them apart.

“We’ve been FaceTiming,” Landry said. “We’ve been kind of documenting our whole process of recovery and sending it back and forth to each other. It’s a crucial time in our recovery stages of getting our strength back. The healing process is kind of done. Now it’s time to make sure that everything’s working together. And then being able to go in the right phases and the right stages to be able to translate that all back to the field.

“Seeing his process has been motivating me obviously from afar, which he does automatically. The player he is, his work ethic motivates me. And going back and forth with our videos about just where we are in our rehab process is something that has been encouraging us to get even better than we were before.”