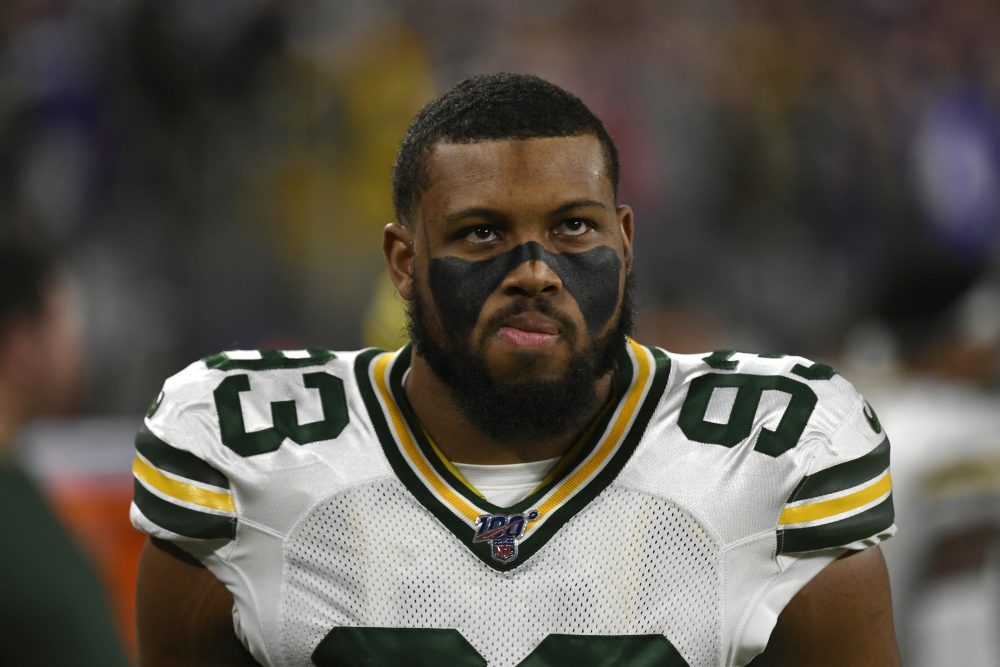 Linebacker B.J. Goodson isn’t worried about competing for a starting job. He’s not concerned about replacing Joe Schobert. He’s not sweating the lack of an in-person offseason program.

Goodson has started 29 games over the last three years with the Giants and Packers but isn’t guaranteed a starting role with the Browns after signing a one-year, $2.4 million contract in free agency. General manager Andrew Berry and coach Kevin Stefanski have instituted a youth movement at the position, with second-year players Mack Wilson and Sione Takitaki and third-round rookie Jacob Phillips leading the way.

Goodson, the grizzled veteran at 27, is ready to carve out his spot.


After Berry secured right tackle Jack Conklin, tight end Austin Hooper and backup quarterback Case Keenum at the start of free agency, Goodson (6-foot-1, 241 pounds) was among the first moves to add depth to the defense. He was a fourth-round pick of the Giants out of Clemson in 2016.

He started all seven games he played in his second season and 13 of 15 in 2018. He was traded to the Packers on Sept. 2 last year, then started nine of 15 games, making 37 tackles. In 52 games and 29 starts in his career, he has 160 tackles, seven tackles for loss, two interceptions, six passes defensed, two forced fumbles, a fumble recovery, a half-sack and three quarterback hits.

While the roles of the younger linebackers appear unsettled in new coordinator Joe Woods’ 4-3 scheme, Goodson was adamant his place is in the middle.

“It is where I see myself playing,” he said. “I love the middle linebacker spot. To be able to call (the defense) and to be able to be on both sides on multiple plays, I love playing in the middle.”

He knows his responsibilities include being a mentor.

“As a middle linebacker and especially as long as I have been playing, that leadership role is something that you just inherit,” he said. “It is something that I am definitely looking forward to being an addition there for those guys.

“To get these guys better, including myself, for us to be the best linebacker corps across the league. That is my job, and that is why they brought me here. I am looking forward to that. I am up for the challenge.”

Jarvis Landry “a little bit” ahead of schedule in challenging rehab, points to August return

Takitaki was the backup to Schobert in the middle last year but could slide to an outside spot. Phillips can play in the middle or on the strong side.

“I do not even look at it like that,” Goodson said when asked about the competition to start. “I take things a day at a time. Just laying one brick as perfectly as possible as I can, and whatever happens, happens.

Stepping into Schobert’s spot in the middle won’t be easy. Schobert made the Pro Bowl in 2017 and signed a five-year, $53.75 deal with the Jaguars in March when the Browns weren’t willing to meet his asking price. In the last three years, he averaged 127 tackles and had eight sacks, seven forced fumbles and six interceptions.

The Browns will miss the playmaking but also the versatility. Schobert almost never left the field, playing 100 percent of the defensive snaps in 2017 and 99 percent last year.

Goodson played only 24 percent in 2019, with a career-high 47 percent in 2018. He’s considered better against the run than in pass coverage — he was pulled in nickel and dime situations — but says he can do it all.

“Yes, I am great at (playing the run), but as far as the defense that we are in now, I feel like it is the shoulder-and-up side of my game a little bit more,” he said. “As far as covering and stuff, I feel very confident in fulfilling those roles, as well.”

He described his play as aggressive and a perfect fit in Woods’ system, which encourages players to fly around. He cited that as one of the reasons he chose the Browns.

“It was just a great opportunity here in Cleveland. I definitely wanted to be here,” he said, adding he’d like to see the one-year deal turn into a long-term relationship.

Goodson is training in South Carolina and has a strict routine — workouts, playbook study and Zoom calls with teammates and coaches — to maintain structure and self-discipline in an unprecedented offseason. He said the biggest difference with the virtual program is the inability to build chemistry with teammates but doesn’t see the lack of in-person meetings and practices as a disadvantage for the Browns.

“Not at all. We meet every single day and Joe (Woods) and Coach (Kevin Stefanski), they do an awesome job of prepping us and quizzing us and doing everything in their power and will that they can do,” he said. “We are doing a lot of other things that a lot of other teams are not doing. I commend those guys on that and setting that standard.”

“I definitely have had a chance to check in with those guys,” he said.