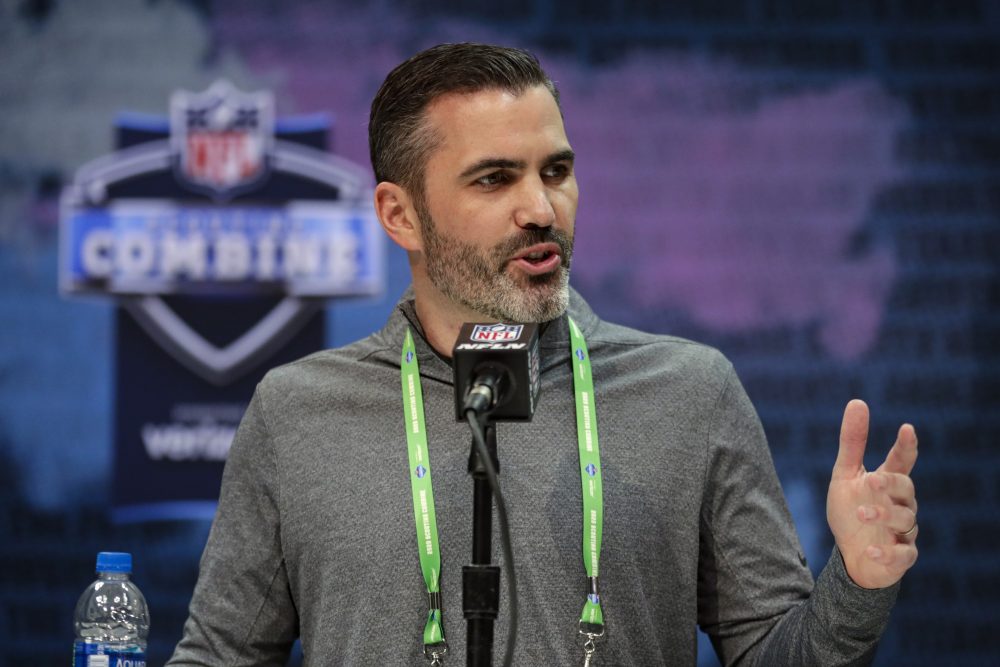 Game-planning with the coaching staff. Cheering next to Bernie Kosar.

Experiences too farfetched to be included on a bucket list have become possibilities for Browns fans.

New coach Kevin Stefanski and Kosar, the legendary quarterback, joined the “All In Challenge” from Fanatics that has raised more than $45 million to help feed people during the coronavirus pandemic, the team announced Friday. The challenge offers once-in-a-lifetime experiences through auction, raffle or both.

Stefanski is offering inside access prior to a preseason game, including the opportunity to join him and coordinator Alex Van Pelt in scripting the first 15 plays of one of the games. The winners will also be invited to the team dinner and team meeting the night before the game.

They will receive pregame sideline passes, run through the tunnel with the team and participate in the coin toss. Autographed memorabilia and team-issued Nike gear will also be included.

The package can be obtained through auction, with another available through a sweepstakes. The auction winner will be able to bring a guest.

Enter the sweepstakes for the package

Bid on the package

“Giving back is a core component of who we are as an organization,” Stefanski said. “With the global pandemic, it’s really important we step up when there are others in need. Just look around at the frontline workers, the health care workers, they’re stepping up right now, they’re working tirelessly, they’re working courageously and it’s really inspired our organization to join the All In Challenge.”

Kosar is offering the winner and three guests the chance to watch a regular-season game with him and celebrity chef Michael Symon in a private suite at FirstEnergy Stadium. After the game, Symon, a huge Browns fan, will cook a customized meal, and the winner will get a signed Kosar jersey and other merchandise.

Bid for the Kosar experience

Center Nick Harris signed his four-year rookie contract, the team announced. He was a fifth-round draft pick (No. 160 overall) in April out of the University of Washington.

Harris (6-foot-1, 302 pounds) started 40 games at Washington, beginning his career at guard before moving to center. He’s expected to back up center JC Tretter.