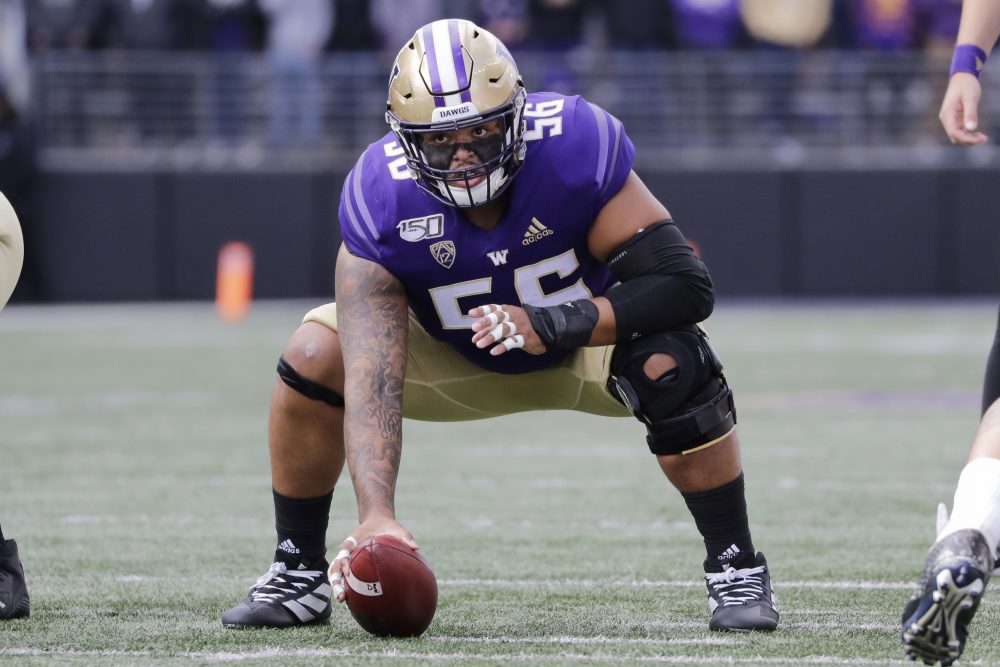 Scott Huff recognizes his hypocrisy. He admits his mistake.

He credits the Browns for not making the same one.

Huff was among those ignoring him.


“People missed on him because of the eyeball test,” Huff said recently by phone. “His film was really good.

“It was the eyeball test. I’m building my program here, do I really want a 6-1 guy or should we hold out and try to get this 6-foot-5 pretty guy?”

The University of Washington was the only FBS school to offer Harris a scholarship, doing so only after recruiting 6-5 JSerra linemate Luke Wattenberg. Huff joined the Huskies for Harris’ sophomore year and helped the development that led the Browns to draft the undersized center in the fifth round in April, No. 160 overall. He signed his four-year rookie contract Friday.

“Kudos to the University of Washington for recruiting him,” Huff said. “I was very happy when I got here and got to coach him because we passed on him. So now he’s got that chip on his shoulder, he’s going to be hard to deny.

“Maybe I’m being a hypocrite or not being fair. I feel like now seeing him play at such a high level in college, I felt like that’s maybe a little bit easier for an NFL team to jump on board.”

Harlow saw NFL feet in Harris as a sophomore in high school then shared in the frustration as most colleges refused to acknowledge the gift. The lack of desired height — Harris measured 6-foot-0 7/8, 302 pounds at the NFL scouting combine — was the reason.

“Put on the tape, man. See what he’s doing,” Harlow encouraged a Washington coach. “And then obviously they did and he started for them for four years.

“You have to have some of those measurables, but the height thing really gets overdone sometimes. Because I’ve played with some dudes that are tall and they can’t play at all because they just get out-leveraged all the time. If you can’t use the length, what does it matter?”

‘A GREAT VIBE’
Undersized overachievers are popular with fans. Harris’ endearing, vibrant personality should make him even more likable to the Dawg Pound. He was named Washington’s most inspirational player in a landslide vote among teammates.

“He’s confident, funny, got some swag,” Huff said. “He’s got a great vibe.

“The guys in the locker room absolutely loved him. He was able to connect with everybody. He’s just a dude.”

Harlow and Huff agreed on the moment that best summarized Harris’ spirit. Captured in a video that went viral, Harris gets shoved backward by an encroaching Arizona State defensive lineman, sets his feet with a flourish and emphatically signals for a first down.

“He really enjoys football and has fun with it,” Harlow said. “He likes everything about it.

“He’s got a great personality. Very serious when it comes to football, but off the field he’s kind of a goofy, likes-to-have-fun kid.”

Harris is a combination of chippy and chirpy on the field. He doesn’t back down, is demonstrative and loud. Harlow described himself as an “ultimate sh– talker” and thinks he brought that out in Harris.

“Nick’s got his own swag, and our guys responded so well to it. I love watching the guy play,” Huff said.

“You go out to practice, you can hear him and you can feel his energy,” West Coast area scout Adam Al-Khayyal said during the draft. “He is certainly a guy that inspired his teammates in a lot of ways and not just with his on-field performance.”

STACKING UP
Height isn’t everything but it does matter. So the lack of it requires excellence in other areas.

For Harris, that’s footwork, technique, intelligence and tenacity. It also helps that he has 32 1/8-inch arms to reach the defensive linemen.

Harlow was the No. 11 pick of the Patriots in 1991 and started 94 games between the tackle spots in an eight-year career. Harris reminds him of Hall of Fame Steelers center Dermontti Dawson, who was listed at 6-2.

“No. 1 is you’re not going to get out-leveraged,” Harlow said. “He’s got great pad level. His length in his limbs makes up for his lack of height.

“His use of his hands is really good. Most importantly is his footwork. His footwork is on point.”

The feet and athleticism caught the attention of the Browns, who see Harris as a perfect fit for the wide zone run scheme being installed by Stefanski. The center is required to get out and run to reach linebackers.

The feet need the brain in order to operate at peak efficiency, and Harris earns rave reviews for his quick thinking in the middle of the action. Whether it’s changing a pass protection or knowing where the linebacker is on a run, he makes the right call.

“When the bullets are flying, it takes some (guts) to pull the trigger on some of these calls,” Huff said. “Because if you make the wrong one, you’ve got your quarterback getting decapitated and then they’ve got to deal with me on the sideline. And he has that natural ability, belief in himself that he could pull the trigger and make those calls, which was phenomenal.”

Film study built on Harris’ instincts to where he understood everyone’s role in the offense. When Harlow visited Washington, the coaches just let Harris explain the system.

“He gets it, and that’s going to help him a ton,” Harlow said.

The coaches praise Harris’ preparation and anticipation, which give him an abundance of confidence. The result is production, and Harris particularly excels when he gets his hands on a defender in the run game, refusing to let him out of his control.

“He just has the ability to stick,” Huff said. “That comes back to his athleticism.”

SIT AND WAIT
Harris started four games at guard as a true freshman and finished with 42 starts. He stayed at guard as a sophomore and was honorable mention All-Pac 12, then moved to center and was first-team All-Pac-12 in both seasons. The Athletic’s Dane Brugler ranked him the fourth center in the draft and projected him as a third-round pick.

Huff said it was a “no-brainer” to move Harris to center because of his personality and skill set. Huff, Harlow and the Browns believe Harris could play guard in the NFL but agree center is the ideal spot.

The Browns have veteran starters J.C. Tretter at center and Joel Bitonio at left guard, with an open competition scheduled for right guard. The initial plan is for Harris to learn behind Tretter, who’s already taken on the role of mentor.

“Those are some great guys to learn from,” Harlow said of Tretter and Bitonio. “So be humble, be smart, be deferential but, still, don’t take (expletive) from anybody.”

Those who know him best said Harris will adapt to sitting and learning from Tretter but wouldn’t be surprised if he worked himself into the starting lineup sooner than expected, perhaps at right guard.

“He’s fought and scratched for everything he’s earned, and that serves him well in the long run,” Harlow said.

“We’ve been in a lot of situations over the years and he’s never let me down,” Huff said. “I’ve got a lot of confidence in him, a lot of trust, faith.”