Baker Mayfield knows he has to play better in important Year 3, vows to focus on working not talking 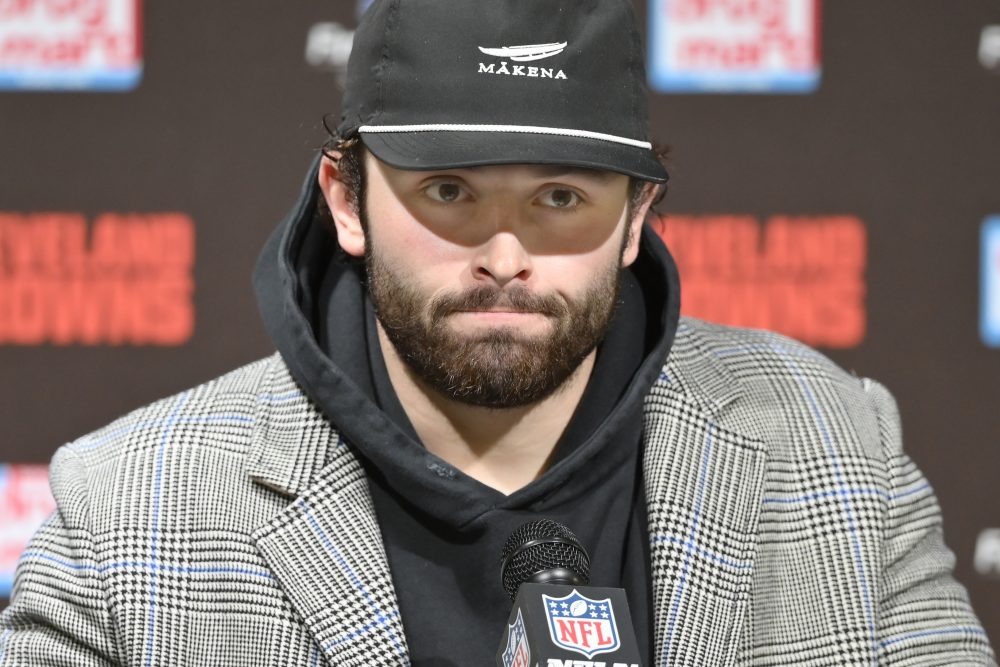 Baker Mayfield recognizes his third season will be pivotal to his career, and the future of the Browns. The pressure has intensified to return to form, fulfill the expectations that come with being the No. 1 pick and give the Browns the franchise quarterback that has been so elusive.

He’s determined to leap forward after taking a step backward in 2019 following a record-breaking rookie season.

“There’s no doubt Year 3 is always a big year in these contracts and timing-wise, everybody knows that,” Mayfield said Wednesday on a Zoom call with area media. “I’m not going to put any added pressure on myself. There’s no need for that. Because if I win, good things will happen. Good things will happen for our team and the guys around. That’s the most important part.

“If I play better — that’s why quarterback is one of those positions that’s the hardest in sports. If I play better, our team’s going to do better. So I put that pressure on myself. So it doesn’t matter what year it is, I have to be way better each year.”

Mayfield isn’t running from the importance of Year 3, after which the Browns must decide whether to exercise the fifth-year option on his rookie contract. He just promises not to run his mouth.

“I have a different approach this year,” he said when asked why his 2020 season will be better. “It is time to do our thing, instead of talking about it.”

Mayfield has never been shy about expressing opinions and takes pride in not being a “cookie-cutter quarterback.” But as he struggled on the field last year, he was also ripped for engaging in wars of words with television personalities Colin Cowherd and Rex Ryan, storming out of an interview and criticizing how the medical staff handled receiver Odell Beckham Jr.’s season-long injury.

“This is the first media thing I have done, just because there is no need to be talking about it. It is just time to go do it and right now, it is moving in silence, which is fine with me,” said Mayfield, who’s been staying in Texas during the coronavirus pandemic. “That is how I used to do it before getting on a bigger stage, so I am happy to get back to those roots. Get back to the fundamentals to where I can accomplish the goals when the season comes around.”

Mayfield, who ranked 31st in the league last year with 21 interceptions, a 59.4 completion percentage and a 78.8 passer rating, is already on his fourth head coach in Kevin Stefanski. And he won’t have a traditional in-person offseason program to familiarize himself with the new system.

But Mayfield does have some advantages entering 2020. Stefanski’s offense is quarterback-friendly, the Browns added left tackle Jedrick Wills, right tackle Jack Conklin and tight end Austin Hooper in the offseason and receivers Beckham and Jarvis Landry are expected to be healthy after post-season surgeries.

Mayfield was asked if it’s unfair to compare him to other young quarterbacks who haven’t had the same coaching turnover. Last year, Kansas City’s Patrick Mahomes won the Super Bowl in his third season and Baltimore’s Lamar Jackson was the unanimous NFL MVP in his second year.

“No, it’s not an excuse for me,” Mayfield said in his first interview with local media since the season finale in December, hours before coach Freddie Kitchens was fired. “I said and I always have, the best quality about a quarterback is raising the productivity and the level of guys around him. So it doesn’t matter what’s going on. If I do my job, try to do that and accomplish that, then I am playing quarterback at a high level.

“So you know, yeah, Year 3, but the goal every year is to make the Super Bowl. If you don’t set that goal, then you’re playing for the wrong reasons. And not playing to win.”

The simplified approach to this unusual offseason includes learning Stefanski’s system, which is heavy on the run and play-action passes, through remote meetings. Mayfield was never given the time to master the schemes of Todd Haley or Kitchens before they were fired.

“Coming out of the draft I always thought I was able to adapt to whatever system I was going to be in, to be a smart player, something I pride myself on,” Mayfield said. “So it could be an excuse, if I wanted it to be. But there is nothing wrong with getting knowledge from different guys that have coached and been around great players, if you can pick up something from all these different systems and put it all together.”

He believes he and Stefanski’s system are a “great fit.”

“It matches up very nicely,” Mayfield said. “Being in control, getting checks in the run game, just being efficient. Last year, I know, was not a great year for turnovers, but I have always prided myself on not turning the ball over. That is something in the conversations we have had, where we do take our shots, it has to be smart decisions and there is nothing wrong with throwing an incompletion every once in awhile.”

The offseason acquisitions by new general manager Andrew Berry were meant to put Mayfield in the best position to succeed. He’s grateful the front office and coaching staff finally appear to be pulling in the same direction.

“It seems like they are absolutely one message, one team,” Mayfield said. “You know we have a game plan for what we really want to try and accomplish, and it seems as though Andrew and Kevin and the whole staff has gotten on the same page.

“And then for the whole team, we are bringing in guys that have the right mindset, that want to win. And it seems as though they will do anything to have that accomplished.”

Finding motivation won’t be a problem if and when the season starts. Spending months locked down at home added to the pile.

“Everything that we might have taken for granted when we were living in a non-quarantine life, I think we will look back on that when things do open up again, hopefully soon,” he said. “We will take advantage of those opportunities, because you only get so many in this game of football that I have been blessed to play. It does not last forever.

“And so to be able to take advantage of that and enjoy the moments, I think it is going to be good for me. Getting back to that and having fun, enjoying the process of how to get to the winning, because that is the most enjoyable thing.”