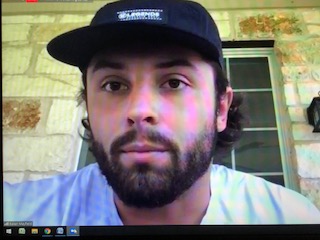 Baker Mayfield was looking for a break from the Zoom room. He wanted to reunite, finally, with some teammates, and meet others. It was time to take new coach Kevin Stefanski’s offense from the playbook and virtual meetings to the field.

The week of workouts with teammates he hosted in Texas two weeks ago was just what Mayfield needed.

“It felt really good, I will be honest,” he said Wednesday on a Zoom conference call with area media.


“We did not want to bring some of the younger guys down to overwhelm them because we are not through our installs yet,” he said. “We wanted them to still feel like they are getting used to it.

“It felt really good to get around them, to start speaking the terminology and for some of these guys to just be around each other. That was a big thing for Hooper to be down here and be around some of the guys. You are kind of stuck at home, but we had a chance to get outside and throw a little bit.”

Mayfield knows he has to play better in important Year 3, vows to focus on working not talking

Hooper signed a four-year, $42 million deal at the start of free agency after making two straight Pro Bowls with the Falcons and catching 75 passes for 787 yards and six touchdowns in 13 games last season. Stefanski loves tight ends and led the league in two-tight end packages last year as coordinator with the Vikings.

In a normal year, Hooper and Mayfield would’ve reported to Browns headquarters in Berea on April 6 for the start of the offseason program. Classroom work and workouts would’ve led to on-field sessions and eventually organized team activities and minicamp.

The coronavirus pandemic closed team facilities for nearly two months — the Browns have yet to reopen — and remote meetings and drill work have become common practice.

Mayfield, who’s entering his third season after a disappointing 2019, said he’s gone to old-school workouts to stay in shape. He’s thrown some with Lions receiver Danny Amendola but was glad to gather with teammates as he implements a footwork change prescribed by new coordinator Alex Van Pelt.

For the first time, Mayfield will stand in the shotgun with his left foot forward. He said Aaron Rodgers and Andy Dalton did the same when Van Pelt coached them in Green Bay and Cincinnati, respectively.

“It is just a different rhythm and timing,” Mayfield said. “It is breaking some of the habits that I have had for a long time, but getting used to it.

“It is just about repetition, to be quite honest with you. You can drill it, you can get used to it, then that is why having the guys down was so great, being able to actually translate that to real timing on routes.”

Mayfield wasn’t alone throwing to the receivers and tight ends. Case Keenum, who signed a three-year, $18 million contract in March to be the backup, made the drive from Houston to the Austin area.

“It was great for him to be around those guys, too,” Mayfield said. “It was his first time meeting a lot of (them), but he is a great guy, great veteran guy to have in the room.”

Keenum, an eight-year veteran, had his best season in 2017 with Stefanski as his quarterbacks coach with the Vikings. He went 12-4 as the starter, including 1-1 in the playoffs, completing 67.6 percent with 22 touchdowns, seven interceptions and a 98.3 passer rating.

“That is a huge part of why I was looking forward to being around Case, was that he was in this system so I can hear his thoughts on how it is taught, how he reads it,” Mayfield said. “He has been in a lot of systems, as well, and it has not been an excuse for him. Just hearing how he visualizes certain things, certain reads has been great.”

Notes: Browns join “All In Challenge,” as Kevin Stefanski, Bernie Kosar offer unique experiences to raise money for coronavirus relief
Baker Mayfield knows he has to play better in important Year 3, vows to focus on working not talking