Safety Karl Joseph calls for change, people to “stand up for what’s right” after death of George Floyd 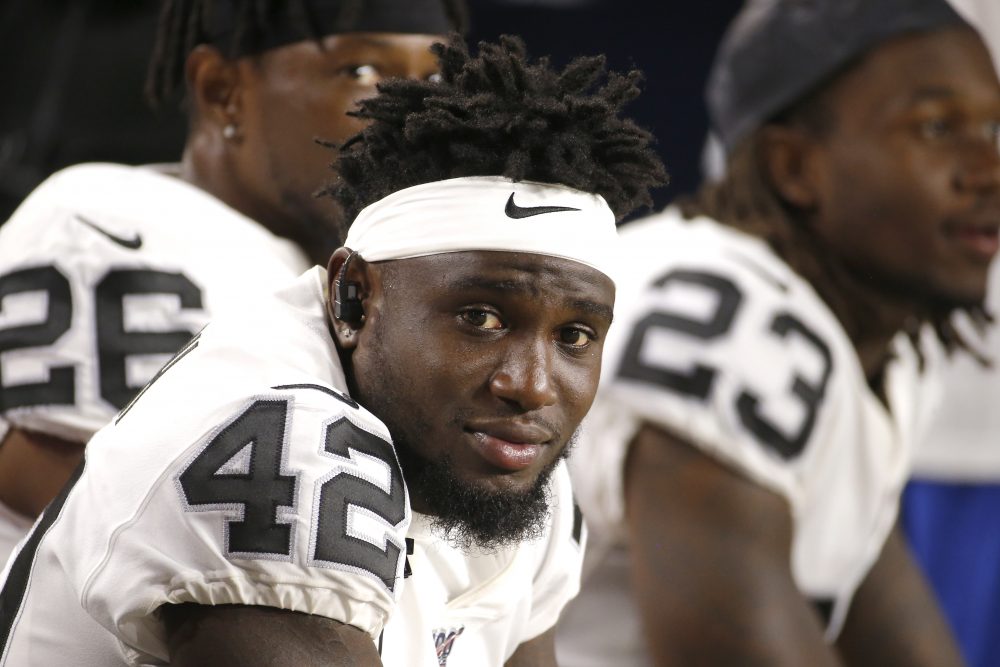 Above everything, he wants justice.

The death of George Floyd at the knee of a Minneapolis police officer has sparked riots in Minnesota, protests across the country and anguish for many. Joseph, who signed with the Browns in April as a free agent, was prompted to share his thoughts on social media.

“This man was somebody’s father, brother and more,” he wrote Thursday night on Instagram. “Our Fear of those that are meant to “Protect US” shouldn’t be so immense that we are scared to do what’s right. This isn’t a post to bash white people or cops because there are plenty of good white people in this world and plenty of good white cops that are great at their jobs to “protect&serve” But wrong is wrong!!! There’s no way to justify this situation I don’t care what this man did or didn’t do, he did not deserve this! And if you try to justify it in any way you’re part of the problem. There’s 4 cops ,he’s handcuffed and face down, there’s 3 cops with their knees and full body weight on this man and 1 just standing there doing absolutely nothing! At no point did any of them say that’s enough put him in the car. Had no Remorse. WRONG IS WRONG!”

Police officer Derek Chauvin was charged with third-degree murder and manslaughter in the death of Floyd, Hennepin County Attorney Mike Freeman announced Friday afternoon. Chauvin had already been fired after being captured Monday on video pressing his knee into Floyd’s neck as Floyd repeatedly said, “I can’t breathe.”

“How do you justify this? How would you feel if that was your brother, friend, husband, boyfriend etc.?” Joseph wrote. “Do you think this would’ve happened if it was a White man? How many more situations like this needs to happen for a change to take place? Does this not bother you? Please ask yourself these questions.

“Racism&Hate are taught, we aren’t born that way. We Have to make this country and world better for our kids and next generations. And that start Within , Stand up for what’s RIGHT! #georgefloyd #justiceforgeorgefloyd”

“This is what wrong looks like, & what’s wrong is WRONG! Period.” he posted.

Miami’s Brian Flores, one of four minority coaches in the NFL, issued a statement regarding the “tragedies of the last few weeks.” He included the shooting deaths of Ahmaud Arbery while he was jogging in Georgia and Breonna Taylor in her Louisville home by police.

“I’ve had the privilege of being a part of many different circles that have included some very powerful and influential people of all different races and genders,” Flores wrote. “The events of the last few weeks have brought some of the memories of those conversations back to light. I vividly remember the Colin Kaepernick conversations. ‘Don’t ever disrespect the flag’ was the phrase that I heard over and over again. This idea that players were kneeling in support of social justice was something some people couldn’t wrap their head around. The outrage that I saw in the media and the anger I felt in some of my own private conversations caused me to sever a few long-standing friendships.

“Most recently, I’ve had conversations about incentivizing teams for hiring minorities. Again, there was some outrage in the media and talks that this would cause division amongst coaches, executives and ownership. I bring these situations up because I haven’t seen the same OUTRAGE from people of influence when the conversation turns to Ahmaud Arbery, Breonna Taylor and most recently George Floyd. Many people who broadcast their opinions on kneeling or on the hiring of minorities don’t seem to have an opinion on the recent murders of these young black men and women. I think many of them QUIETLY say that watching George Floyd plead for help is one of the more horrible things they have seen, but it’s said amongst themselves where no one can hear. Broadcasting THAT opinion clearly is not important enough.

“I lead a group of young men who have the potential to make a real impact in this world. My message to them and anyone else who wants to listen is that honesty, transparency, and empathy go a long way in bringing people together and making change. I hope that the tragedies of the last few weeks will open our hearts and minds to a better way of communicating and hopefully create that change.”