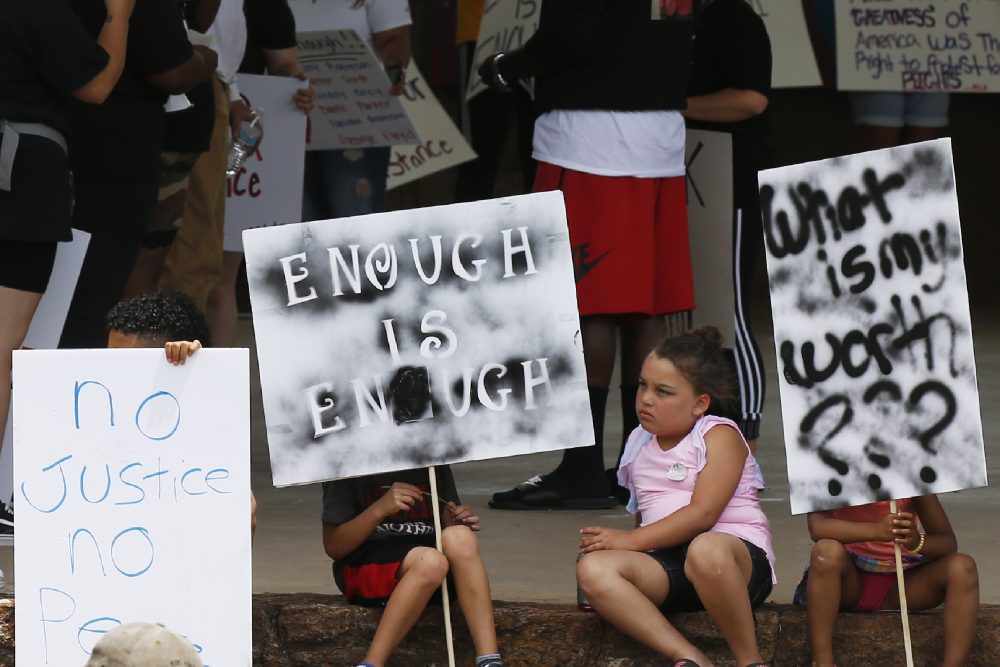 Browns center JC Tretter struck a chord with me.

So did Natasha Cloud of the WNBA’s Washington Mystics.

Like much of the country, I was horrified by the killing of George Floyd by a Minneapolis police officer last week. As protests and riots followed over the weekend, I didn’t know how to process all the anguish.

“Some may feel hesitant to speak out as they don’t know what to say or how to say it,” Tretter, also the president of the NFL Players Association, posted Saturday on social media. “Your individual fear of saying the wrong thing is insignificant compared to the actual issues that need addressing … As human beings, we need to identify and challenge prejudice, rather than deny it. Silence in the face of injustice only works to protect and perpetuate that injustice.”

Thanks for the push, JC.

So here’s a start.

Black people are equal, yet they’ve been the subject of systemic and individual discrimination for the entirety of America’s existence. The latest devastating examples are the far too numerous killings at the hands of the police.

Everyone deserves to be served and protected by law enforcement. Not profiled, attacked, beaten, choked or shot.

And it’s not OK to just blame a few “bad apples.” That makes it too easy to dismiss the actions as isolated incidents, when they are obviously part of an excruciating pattern of behavior and a system that needs an overhaul.

Checks on power are necessary. That’s true whether it’s a local police department, a governor or a president intent on dividing the country.

Haslams issue statement, say must “do even more” to end racism, promote justice and equality

I don’t like conflict — unless it’s a sports argument — and was uncomfortable watching the demonstrations across the country. But law and order isn’t the ultimate objective. Justice needs to be the goal of a free and democratic society.

“And white Americans have avoided reckoning with this problem forever because it’s been our privilege to be able to avoid it. That also has to change,” Popovich told The Nation.

Self-interest and self-preservation are powerful forces. As our default setting, we must be vigilant to overcome them and seek justice for all. In all circumstances — even if it erodes the intrinsic advantages some of us have known our entire lives.

A man shouldn’t have to die for this to be realized. Or, more accurately, remembered after the last unwarranted killing faded from our consciousness.

But hopefully Floyd’s death will have that effect for many. Including me.

I’ll never be able to fully appreciate the tears and fears of black friends, colleagues and players/coaches/executives I cover. No matter how rich or famous a black person is, it might not matter if he gets pulled over by the wrong officer. No white man can relate, let alone a white millionaire.

And perhaps the most heartbreaking conversation is black parents worried about protecting their sons if the racist world doesn’t change. I can’t feel their pain but I acknowledge it.

Now I need to help improve that world.

In an essay on The Players’ Tribune, Cloud challenged all of us.

“You know what’s harder to shine a light on? The millions of people who are helping to protect those racist cops, and who are helping to insulate those in power, by staying ‘neutral,’” she wrote. “That right there is what’s exhausting to me. It’s all the people who think that — in 2020!! — they can still somehow just politely opt out of this sh–. And those are the people who I wanted to write this for.

“Because those are the people with the ability to really change things. … It’s to tell them that their silence is the knee on George Floyd’s neck.”

I will no longer be quiet. I will look for other ways to make a difference. I will stand up for what’s right.