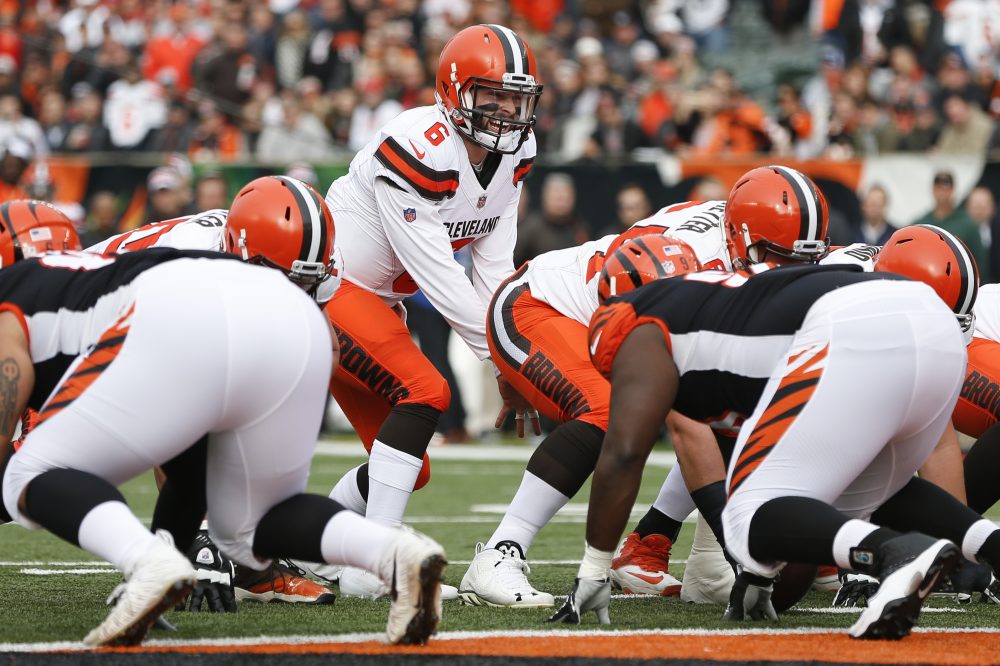 A defective golf swing might be the key to a successful footwork change for quarterback Baker Mayfield.

With the coronavirus pandemic keeping new offensive coordinator Alex Van Pelt from stepping on the same field as Mayfield, Van Pelt turned to an app he used a decade ago for a golf lesson. He’s confident Mayfield’s corrections will have better results.

“There’s no fixing that,” Van Pelt said of his golf swing. “Didn’t help enough, that’s for sure.”

The goal is to match Mayfield’s footwork with the wide zone running/play-action passing scheme being installed by coach Kevin Stefanski and Van Pelt.

“Nothing was wrong with doing it (Mayfield’s previous way),” Van Pelt said. “It is just the philosophy of the offense and the way I coach the quarterback, that is what I am looking for. I have studied all three different types of gun footwork, and I have decided this is what fits the quarterback the best in the system that we are running, and that is it.”

The golf app comes in handy as Mayfield makes the change on his own.

“As far as the footwork goes, that is the part that you can actually coach over the internet, which is cool,” Van Pelt said. “You can really slow-mo and break it down, and you can draw on the app, as well. It gives me the ability to share my screen with Baker, watch his feet and really you can zoom all the way into just the feet and you can talk about each step, the position of each step and the length of each step. It is actually a pretty cool tool. It is the first time I had really used it extensively to teach footwork, but it has been useful.”

“From under center, we would like to take some of that giant stagger step he has out,” Van Pelt said. “Our philosophy is we want to be West Coast (system) footwork. There is a way to teach that, and it is not with that giant stagger. Under center will change slightly for him, too, but I think it will ultimately add to the rhythm and the timing of the pass game.”

Mayfield, who’s entering a pivotal third season, said last week he’d always taken shotgun snaps with his right foot forward. He used a week of workouts with teammates in Texas to begin to transfer the switch from individual work to live repetitions.

Van Pelt wasn’t at the workouts and said he didn’t see any film of them, except a short post-workout video with everyone in a “full lather.” But as part of the virtual offseason program, Mayfield records drills and Van Pelt critiques with help from the app.

The technique work is part of Mayfield’s comprehensive approach to a different offseason.

“For starters, Baker has done everything I would expect from him as a starting quarterback,” Van Pelt said. “His work ethic is great. He jumps into other meetings that are not required, and he will sit in the receiver meetings when they have them and will sit in running back meetings from time to time, as well.

“He is all in. He is doing exactly how we expect him to do it.”

That includes becoming an expert in his third system in three seasons since being the No. 1 pick in 2018.

“We as a group have done a good job of understanding what we are trying to get accomplished. Baker has been asking every right question that we have,” Van Pelt said. “There are some recorded portions of the installation that go out, and you always get feedback from Baker, from Case (Keenum) and the quarterbacks. They do a good job. I think anything that is not clear to them, they get it cleared up in that meeting before the end of the day is over and then they move onto the new information that we are installing the next day.”