With abundance of skill position players, coaches expect to change plan weekly to use them all, attack opponent 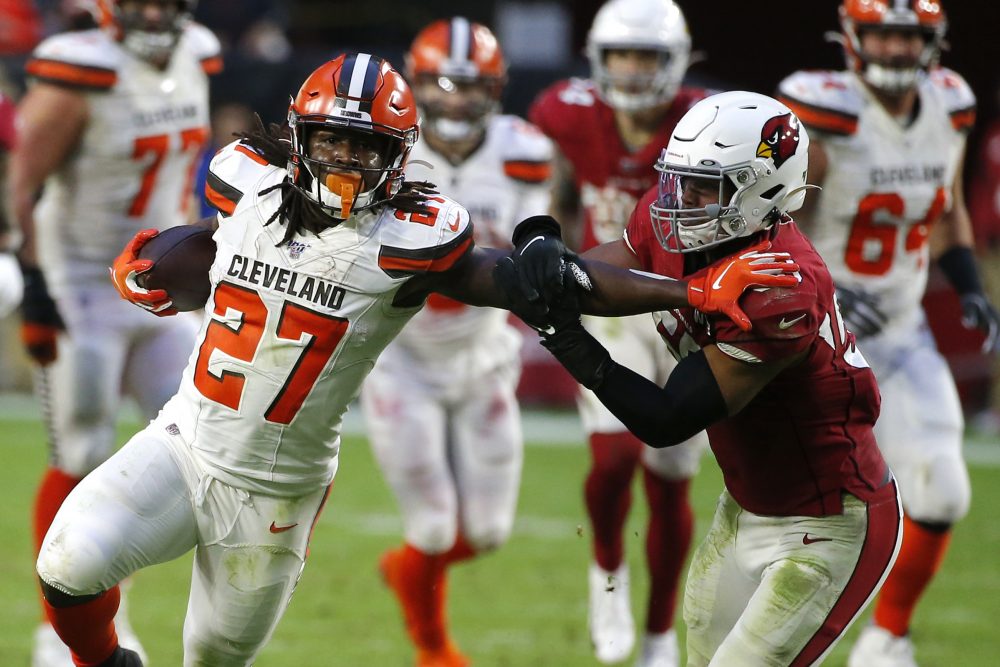 The Browns have 1,000-yard receivers in Jarvis Landry and Odell Beckham Jr.

They have a former NFL rushing champion in Kareem Hunt (2017) and last year’s runner-up in Nick Chubb.

Stefanski can’t live without a fullback, so Berry traded for Andy Janovich and signed Johnny Stanton.


Here’s the issue: The offense can only have five skill position players on the field.

Difficult decisions will have to be made on a play-by-play basis. And the distribution of personnel packages will be flexible and evolve throughout the season.

“That will change weekly,” coordinator Alex Van Pelt said Wednesday on a Zoom call with reporters. “One thing about our offense is we intend to be multiple in personnel groupings. One week, it could be a three-tight end day, and the next week, it could be a three-wide receiver day. We are going to try to give ourselves the best chance to beat you each week, and whatever personnel group that calls for, we feel like we have good people in those positions and depth at those positions, too.”

Stefanski has made it clear the running game will be the foundation of the offense. He’s installing the wide zone blocking scheme he learned from Gary Kubiak, and will build the play-action passing game off of it.

The Vikings ran the ball 476 times and passed it 466 last year, so Stefanski isn’t just paying lip service to the ground game.

“Scheme-wise with him establishing the run, everything he did in Minnesota and what that does for the rest of the game and opening it up in the play-action, the pass game and also just controlling the clock, they were a very efficient team for the last few years,” quarterback Baker Mayfield said last week of Stefanski. “That is kudos to him.”

How he blends the run and pass and chooses to attack the defense will be largely based on the opponent. The star power at receiver and running back and depth at tight end provide plenty of options.

Stefanski can go with two tight ends, or a tight end and a fullback, to force the defense to keep three linebackers on the field, then take deep shots to Beckham and Landry. Or Stefanski could flip the script by running Chubb out of three-receiver sets.

The X-factor could be Hunt.

Not only did he rush for 1,327 yards to top the league as a rookie with the Chiefs, he has caught 166 passes in 35 career games. The Browns signed him last offseason after the Chiefs cut him following a pair of violent altercations, including one in which he shoved and kicked a woman, and waited for him to return from an eight-game suspension. He had 37 catches for 285 yards and a touchdown and rushed 43 times for 179 yards and two touchdowns.

Stefanski and Van Pelt inherited a dual threat and must figure out how best to use him. That’s been made more difficult with the offseason program being conducted virtually.

“We have an idea of what we see his role playing in this offense. I think that is something we have to keep growing,” Van Pelt said. “Being away is probably not as good as doing it together and having the ability to see him run routes and all of the things that he brings as a player. Not having that access to him right now has probably had a little (impact with) where we are headed with that.

“We have to find a way to put the best players on the field and the matchups that will come with that each week. Kareem is an extremely talented runner as a running back, and he is exceptional out of the backfield (as a receiver). He is fearless, and the selflessness of him blocking and lead blocking, he is just a football player who loves to play. We have to find ways to get him the ball.”

That starts by finding a spot for him in a crowded huddle.