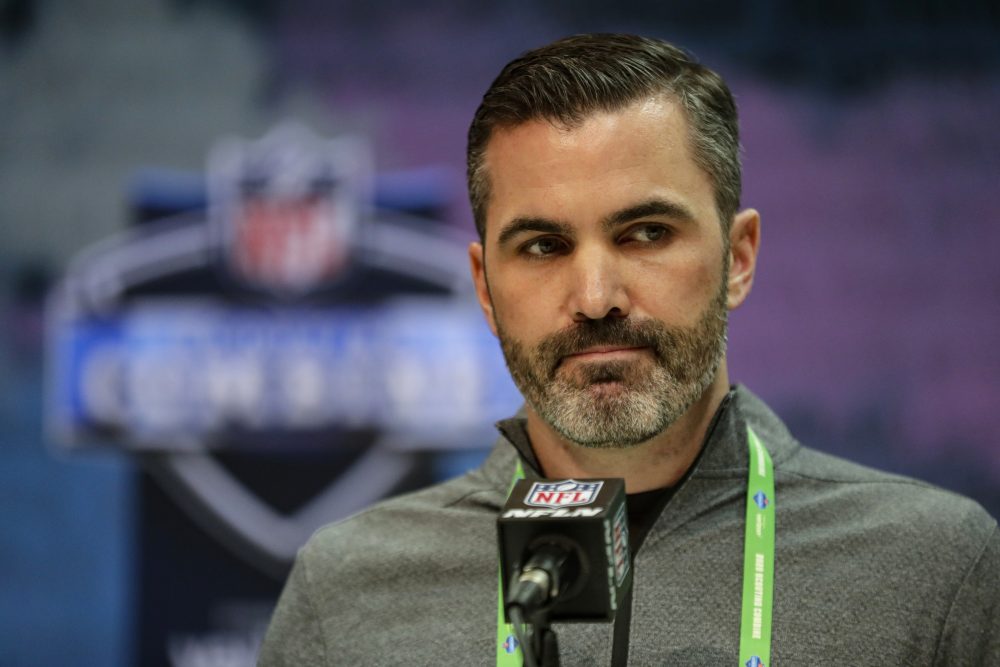 Kevin Stefanski’s message to his players is to enter the “arena” and take action in the fight against racism and social injustice.

The first-time head coach put his preaching into practice Saturday, attending a protest in Avon. He took his two young sons and his mother.

“That was the first time I’ve ever been to one,” Stefanski said Wednesday on a Zoom conference call with reporters. “It was empowering, you saw the passion, you saw the frustration, you saw the love. It was just a really enlightening moment for me, and I was able to share that with my boys at a young age.

“Part of this is making sure that we are doing everything in our power to educate each other and especially the next generation.”

Stefanski said police brutality and racial injustice have been discussed during every virtual team meeting in the last two weeks following the killing of George Floyd on May 25 when a Minneapolis police officer kneeled on his neck for nearly nine minutes. Stefanski’s had guest speakers address the team, including former New York State Chief Deputy Attorney Alvin Bragg on Wednesday.

“There’s been some frustration among all of our guys,” said Stefanski, who hadn’t talked to reporters since the draft in April. “But I promise you there’s been a very unified message from all of our guys that they want to be part of this change.

“One Zoom meeting is not going to solve this in any way, shape or form, but I think unified action over the course of time can make a positive impact. We are trying so hard to give our players resources to get in the arena and act because dialogue is great and listening is outstanding — that is part of the healing process — but now is the time to make sure that we are making positive change in our communities.”

Stefanski promises to support players, remain united when asked about potential of kneeling during national anthem

The offseason program has continued, but Stefanski said he’s not just worrying about X’s and O’s. He canceled meetings and workouts Tuesday so players could honor the memory of Floyd on the day of his memorial service.

Following his proclamation that “we are all about action,” Stefanski and the organization have given players ways to educate themselves on charities for donation. He’s also recommended reading and listening material and encouraged players to attend a peaceful protest.

Many have heeded the advice.

Receivers Odell Beckham Jr. and Jarvis Landry participated in a video demanding change from the NFL, and Beckham promotes “I Still Can’t Breathe” T-shirts that benefit Black Lives Matter. Defensive end Myles Garrett offered to help financially the families of David Dorn, who was killed during looting in St. Louis, and David McAtee, who’s believed to have been shot and killed by police in Louisville. Offensive lineman Kendall Lamm attended a protest.

Stefanski is proud of his players.

“No doubt. We have pointed those guys out in our meetings throughout this time,” he said. “The Browns are an important part of this community. I have seen it firsthand. The impact our guys can have in the Cleveland community and really around the country is something that I know they are taking very seriously, and I commend them for their efforts.”

Thirty-five players, Stefanski, owner/executive vice president JW Johnson, general manager Andrew Berry and three other members of the front office were among more than 1,400 people in sports to sign a Players Coalition letter sent to Congress asking it to end qualified immunity, which makes it difficult to sue police officers for brutality.

“Credit to the Players Coalition, which is doing some amazing work in terms of educating our players and giving them resources,” Stefanski said. “I did my homework. Part of this is knowing that we have to do better, knowing that I would say most of us realize that there have to be reforms of some sort. I just felt like this was something that was important to support moving forward.”

Cavaliers coach J.B. Bickerstaff and Stefanski have discussed working together to make a difference. Stefanski is reluctant to promote his good deeds but realizes he has the platform to effect change and took to heart former NFL receiver Anquan Boldin’s message to “attach your name.”

“That is something that I take seriously,” Stefanski said. “While I am attaching my name and I am leading a football team, I want these guys to know the impact that they can have.”

Stefanski spent the previous 14 years as an assistant with the Vikings. He got emotional watching the killing of Floyd and the protests and riots that followed in Minnesota.

“I spent a lot of time there and had three kids born there, so that state and that city is in my heart,” he said. “And it was sad. It was heartbreaking. It was frustrating. It was maddening. It was all of those things. My reaction was just like the rest of the country.