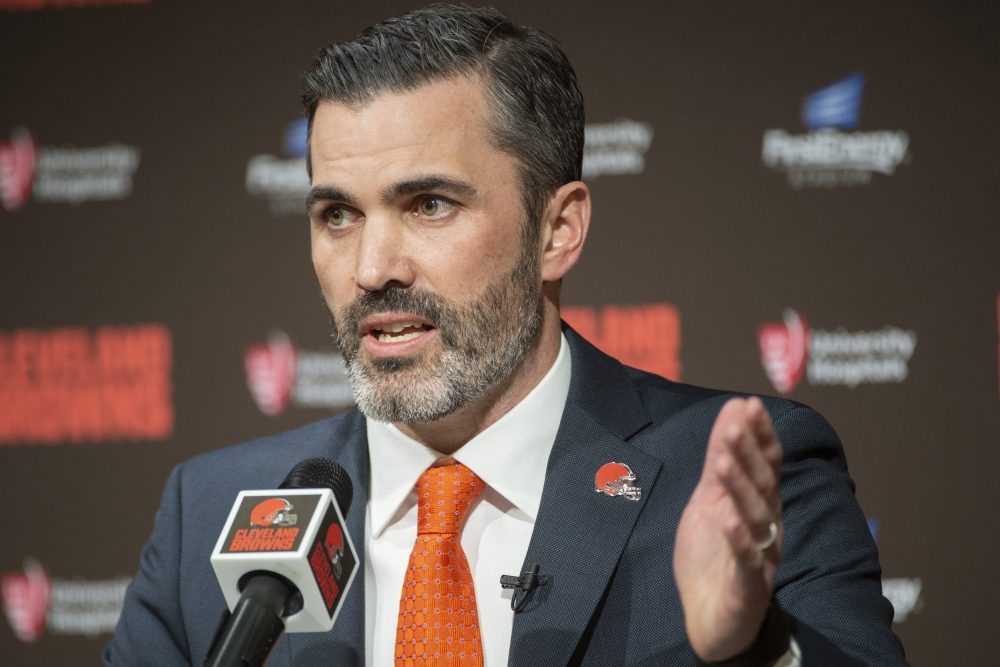 The first time coach Kevin Stefanski will step on the field with his players will be training camp.

That was the expectation throughout the virtual offseason program necessitated by the coronavirus pandemic, but it became official Thursday when the NFL canceled minicamps that had originally been planned for this month.

The offseason program must conclude June 26 through an agreement with the NFL Players Association. The Browns plan to continue the virtual meetings for the next two weeks to get in as much preparation as possible.

“They have established a really good rhythm, they like what they are doing and there is really positive momentum,” new vice president of football operations Kwesi Adofo-Mensah said Thursday on a Zoom conference call.

Stefanski is in his first year as a head coach after 14 years as an assistant with the Vikings. He met a few of the players before Commissioner Roger Goodell ordered team facilities closed March 25 but hasn’t been able to address the team in person or hold a practice.

Team facilities have slowly reopened over the last three-plus weeks, but players aren’t permitted unless they were rehabbing from an injury when the shutdown happened.

Browns training camp is scheduled to start July 28 in Berea, but the league and union haven’t finalized safety guidelines for the players to return. There has reportedly been discussion about shortening the preseason from four games to two to give the players more time to get acclimated in practice after not having a normal offseason.

‘TIME FOR A CHANGE’

Quarterback Baker Mayfield wants people to realize how important the moment is in the country’s history, and to act accordingly to fight racial injustice.

“It’s a pivotal time for a change,” Mayfield said during an Instagram Live video to promote Drink BodyArmor. “What’s being addressed right now obviously has been going on for a long time. So now everybody’s finally coming together to address it. And doing it the right way of holding people accountable.”

Wearing an “I Can’t Breathe” T-shirt, Mayfield said he’s deciding how he can further effect change, including attending protests. He already signed the Players Coalition letter sent to Congress asking it to end qualified immunity, which makes it difficult to sue police officers for brutality, and has promoted products to raise money for Black Lives Matter and other organizations.

“It’s about teaching people. It’s much more than just writing a check,” he said. “That’s extremely important to fund that, but to teach the importance of equality and including everybody is the most important part.”