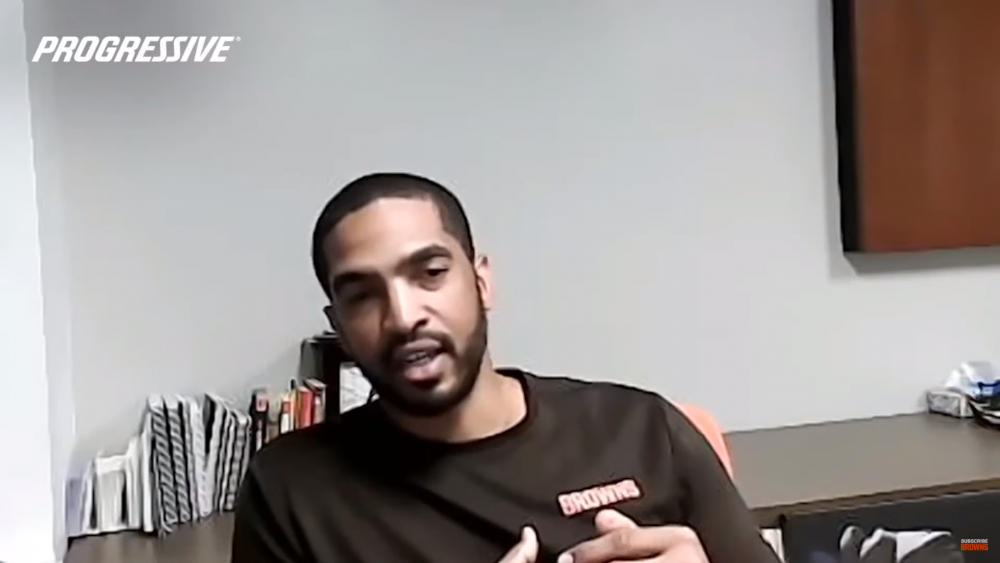 The rules and regulations haven’t been fully established for the return of players to team facilities. The preseason schedule may be reduced to allow players more time to acclimate following a strictly virtual offseason program. The salary cap could plateau or dip in 2021.

If that weren’t enough ambiguity, Dr. Anthony Fauci told CNN the NFL needs to operate in a bubble — it won’t — and “football may not happen this year” if there’s a second wave of the coronavirus.

The ongoing pandemic has made it impossible for the Browns to get comfortable as the Sept. 13 scheduled start of the season approaches.

“There is just so much uncertainty around really what the next week, the next two weeks look like,” Browns vice president of player personnel Glenn Cook said Thursday on a Zoom conference call with reporters. “For us, it is just about being adaptable and staying ready to adjust to whatever policies come down. We just have to find the best way to work within those constraints.”

The league has maintained the season will start on time, and NFL chief medical officer Dr. Allen Sills replied to the comments of Fauci, director of the National Institute of Allergy and Infectious Diseases. Sills said in a statement Thursday the league will have “a comprehensive and rapid-result testing program.”

“Make no mistake, this is no easy task,” Sills said. “We will make adjustments as necessary to meet the public health environment as we prepare to play the 2020 season as scheduled with increased protocols and safety measures for all players, personnel and attendees.”

Training camp is scheduled to begin in late July, but safety guidelines haven’t been settled on by the league and players union. Discussions have also been held about cutting the preseason from four games to two. While many players and fans feel the preseason has been too long for too long, two fewer games would impact general manager Andrew Berry, Cook and the personnel staff as they try to set the 55-man roster, especially without any offseason practices to evaluate.

Cook said he “wouldn’t be surprised” if the preseason is cut in half.

“We are in the information business,” Cook said. “It somewhat cuts down our exposure to each player in a game setting, but hopefully taking into account all the exposure you get in terms of practice and being around them, we should have enough information.

“Again, it is just something we have to adapt to. It is really out of our control, but I think we will be fine in terms of cutting the roster down.”

Defensive end Myles Garrett is guaranteed a spot, but whether a huge contract extension comes this summer is another thing that could be affected by the uncertainty. If stadiums are empty or not filled to capacity, the league stands to lose billions of dollars, which would affect the salary cap in 2021 and the organization’s cash flow.

“All of that goes into play when we are talking about any of these moves that we are looking to make, whether it is extensions, signing free agents, possibly trades,” Cook said. “It does somewhat change what our overall plan is. You do think about that with all the moves we make and all the decisions that may come into play now and into the season.”

Garrett is eligible for an extension as he enters his fourth season. The Browns have been clear about their desire to keep the No. 1 pick in 2017 who has 30.5 sacks in 37 games.

“Myles is a really good player,” Cook said. “Personally, I would love to have him for as long as we can. Those are decisions that Andrew, (VP of football operations) Kwesi (Adofo-Mensah) and ownership have to make.

“I can’t give you an update (on the extension talks) but I can tell you, we are really excited to have him on our team and hopefully have him for a long time.”

Cook joined the Browns in 2016 as assistant director of pro scouting after four years as a pro scout with the Packers. He survived general manager changes from Sashi Brown to John Dorsey to Berry and was promoted to VP of player personnel by Berry this offseason.

“With life, we all know that adversity comes. The way I handle it is just to do my job, to be myself and to contribute in the best way I can,” Cook said. “It is all about controlling what you can control. What I could control in those moments is how well I evaluated, how did I contribute to the conversations and then look at it from the lens of (allow) other people to take care of the rest.”

Cook didn’t throw any of his previous bosses under the bus but said he’s noticed a change under Berry.

“What we are focused on is truly collaborating, communicating and all working toward the same thing, and that is winning football,” Cook said. “I am not really into comparing — I have been part of five or six different ones in terms of GMs or leadership structure — but what we are going to focus on is what can we do to win football games and what can we eliminate that will cause us to lose.”

The recent promotion leaves him managing the personnel department day to day and helping the scouts.

“I am trying to put our guys in the best position as possible so they can just evaluate, help us set the board and find free agents as optimally as they can,” Cook said. “It may be cheesy, but I am really just trying to co-captain and steward the group in that manner.”