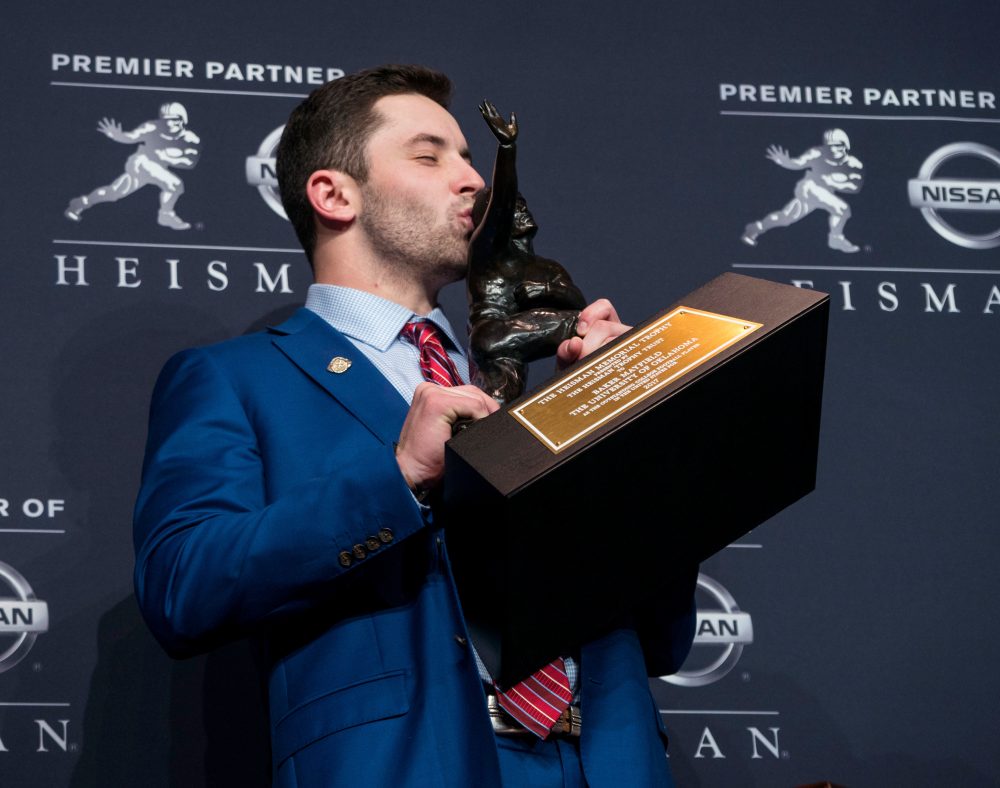 As Baker Mayfield increasingly uses his platform to speak out against racial injustice, he hopes a letter from him can help save Julius Jones from the death penalty and free him from an Oklahoma prison.

Mayfield, who won a Heisman Trophy at the University of Oklahoma before being the No. 1 draft pick of the Browns in 2018, joined a group of professional athletes with Oklahoma ties seeking clemency for Jones, who was convicted of first-degree murder in the death of Paul Howell in 1999. NBA stars Blake Griffin, Russell Westbrook and Trae Young have supported the Julius Jones Coalition.

In a letter dated May 28 and addressed to Gov. Kevin Stitt and the Oklahoma Pardon and Parole Board, Mayfield expresses his belief Jones was wrongly convicted, citing errors and shortcomings in the trial.

“Another issue that continues to weigh on me is the obvious racial bias that permeated Julius’ arrest, prosecution, and conviction,” Mayfield wrote. “Every American is supposed to be guaranteed a fair and impartial trial. But when your arresting officer calls you the “n-word,” when a juror calls you the “n-word” and when all of this unfolds in the context of decades of death penalty convictions slanted against black men, it is impossible to conclude that Julius received fair and impartial treatment.


“I am honored to use my voice to speak up for Julius Jones. I ask respectfully that you review his commutation application with fairness and compassion. Boomer!”

Jones filed a clemency report in October. He has exhausted every appeal and is eligible for an execution date, ESPN reported.

“As God is my witness, I was not involved in any way in the crimes that led to Howell being shot and killed,” Jones said in his clemency report. “I have spent the past 20 years on death row for a crime I did not commit, did not witness and was not at.”

Mayfield, who’s entering his third NFL season, has been moved to act following the May 25 death of George Floyd when a white Minneapolis police officer kneeled on his neck for nearly nine minutes.

Mayfield wrote on social media June 13 that he will kneel during the national anthem in protest of racial inequality. He also signed a Players Coalition letter sent to Congress asking it to end qualified immunity, which makes it difficult to sue police officers for brutality.

Mayfield has been planning another training session for teammates before training camp, running back Kareem Hunt revealed. Mayfield hosted receivers and tight ends in Austin, Texas, in May.

“I am supposed to, actually, go throw with Baker coming up soon,” Hunt said Monday on a Zoom call with reporters. “Just to get some routes in and with some other guys, too. We are going to try to be on the same page — everybody — with what is going on, so we can come back (firing) on all cylinders.”

If Mayfield goes through with the workouts remains to be seen. NFL Players Association Dr. Thom Mayer wrote a letter to all players Saturday advising them not to practice together before training camp, citing an increase in coronavirus cases in some states.

“No players should be engaged in practicing together in private workouts,” he wrote. “Our goal is to have all players and your families as healthy as possible in the coming months.

“We believe that it is in the best interest of all players that we advise against any voluntary joint practices before training camp commences.”

Teams have been forbidden from practicing or meeting in person all offseason due to the pandemic. Hunt said he’s been cautious because he doesn’t want to infect family but is committed to playing the season.

“Whenever it is time to play football, I am ready to play with fans or without fans,” he said. “I am just ready to get back on the field, so whatever it takes.”

The compliments about Mayfield’s leadership skills continue to pile up during the difficult offseason. Coaches have praised his participation in the virtual meetings of the different position groups.

“Baker is doing a great job,” Hunt said. “He is a leader. He is leading all of the meetings. He is in and out of everybody’s meetings.”

Hunt was saddened by the death of Floyd and others through police brutality and has talked to receiver Jarvis Landry about helping in the fight against racial injustice.

“I am looking forward to seeing what they got planned to help, because it is definitely something we need to fix and I feel like the world needs to become a better place — everybody,” Hunt said.