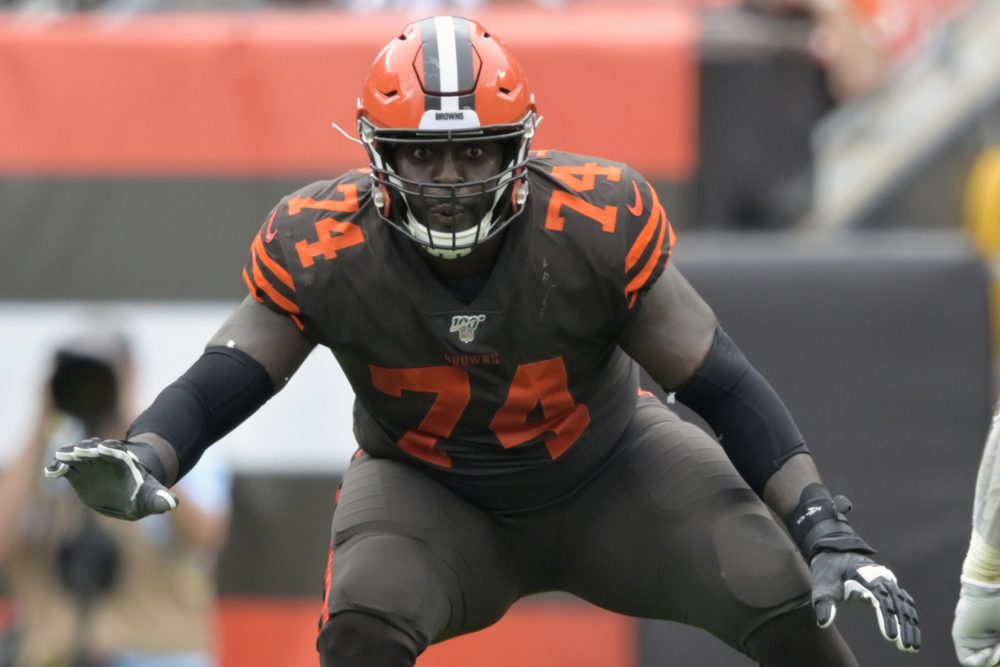 Browns offensive linemen Chris Hubbard and Kendall Lamm are trying to clear a path for kids to avoid spending their lives in prison.

Hubbard and Lamm sent a letter to the Ohio Senate Judiciary Committee supporting Senate Bill 256, which would abolish the sentence of life without the possibility of parole for kids, and grant parole eligibility for kids sentenced to extreme time in adult prison.

“SB256 does not guarantee release from prison, but it does give these individuals a pathway to redemption,” Hubbard and Lamm wrote.

The letter was written on behalf of the Players Coalition, which works with athletes, coaches and owners across professional leagues to improve social justice and racial equality in America.


“The United States is the only country in the world that sentences kids to die in prison,” Hubbard and Lamm wrote. “We know that the human brain does not fully develop until an individual is in his or her mid-twenties. Compared to adults, kids are less capable of long-term planning, regulating emotion, impulse control, and evaluating risk and reward.

“We also know that kids who commit crimes are often victims of crime themselves. Nationally, almost 80% of juvenile offenders witnessed violence in their homes and over half experienced violence weekly in their own neighborhoods. Many of these kids have not received the support and protection they needed and deserved.

“Incarcerating them for the rest of their lives stacks one atrocity onto another.”

The letter is the latest example of Browns players ramping up the fight against social injustice and systemic racism. Quarterback Baker Mayfield wrote a letter to the Oklahoma governor last month calling for clemency for Julius Jones, who’s on death row for a murder he says he didn’t commit. And dozens of Browns players, coaches and executives signed a Players Coalition letter sent to Congress asking it to end qualified immunity, which makes it difficult to sue police officers for brutality.

Lamm also attended a protest following the killing of George Floyd when a white Minneapolis police officer kneeled on his neck for eight minutes and 46 seconds.

Senate Bill 256 points out the Supreme Courts of the U.S. and Ohio have acknowledged kids deserve special consideration in the criminal justice system. Yet Ohio has continued to sentence kids to die in prison. The letter says Ohio has 12 kids, including five who are Black, serving life sentences without the possibility of parole. That’s a jump from two kids in 2010.

The legislation would guide Ohio courts when sentencing children as adults, and provide hope for juvenile offenders.

The letter also illustrates a racial disparity, citing a stat from fiscal year 2018 that 82 percent of Ohio kids bound over to adult court were black.

“SB256 is supported by case law, science, data, and research. SB256 is good public policy,” Hubbard and Lamm wrote. “It gives a second chance to Ohio’s kids, some of whom were not even given a first chance.”