Mailbag: What are the chances of the season being played? What happens if the NFL and NFLPA can’t agree on work conditions? Who are candidates for an extension this season? 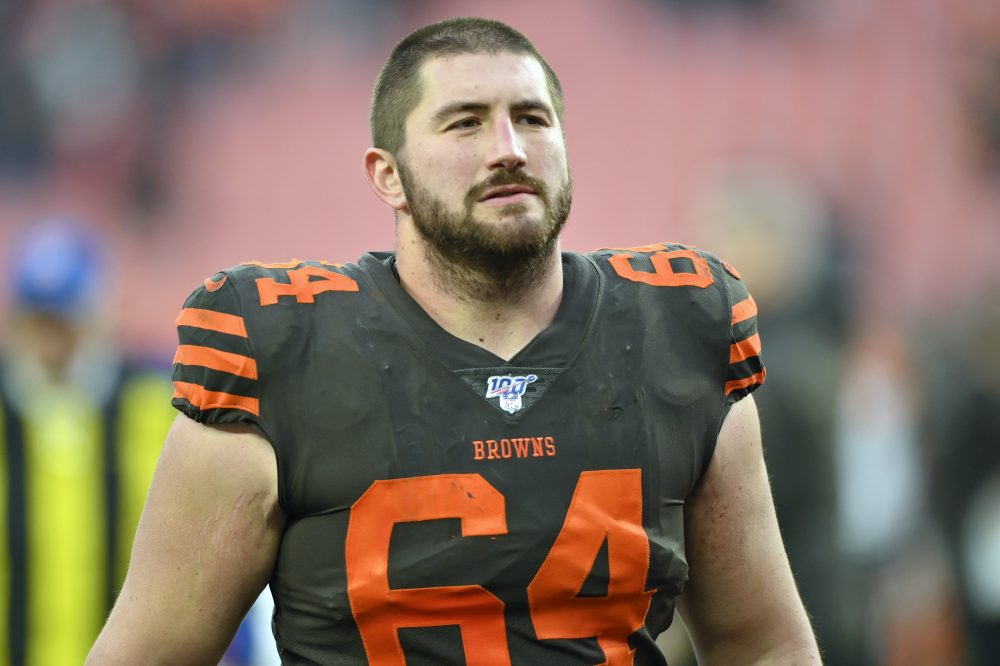 Q: It seems that it’s one foot forward and two steps back with are they going to play football this year. I’m saying 30 percent chance they play. What say you?

A: The news over the last week certainly hasn’t been good. Players across college football, the NFL and other sports — even golf — have tested positive for coronavirus, including an alarming number among some college teams that began workouts. The doctor for the NFL Players Association even sent a letter to all players advising them not to hold training sessions with teammates before training camp to ensure safety.

It would be foolish to characterize the new data as meaningless, but I don’t think the league or players are at a point where either side is giving serious consideration to not playing the season. A number of important obstacles must be cleared, but I continue to believe both sides are committed to playing. The money to be lost is simply too great.

Of course, an explosion of the virus across the country could cause another nationwide shutdown, or at least further discussion about whether an NFL season can be played without putting players, coaches and staffs at incredible risk. But with about a month until training camps are supposed to open, I’m 65 percent confident there will be a season. I’m less sure it will start on time and go for 16 games.

Q:
NFL owners’ view of COVID-19 seems to be that players get hurt every week, this is just one more health risk, besides fewer young folks get sick & those that do seem to recover just fine. Let’s do everything we can to minimize risk of COVID-19 transmission but the 2020 season is full steam ahead.

While owners beat the drums of inevitability, understandably JC Tretter & the NFLPA are trying to tap the brakes. External factors may intervene but assuming this comes down to a negotiation between owners & players, how might it play out, especially if they can’t agree? Scabs? Canceled season?

A: Tretter, Cleveland’s starting center and the recently elected NFLPA president, has been the most cautious voice in the discussion, which he should be. His job with the union is to fight for the best interest and safety of all the players, and he’s committed to doing just that.

You’re correct to wonder if the NFL and the NFLPA will be able to agree to terms on a return to work after the virtual offseason program. Commissioner Roger Goodell’s extensive safety guidelines for the players to return to team facilities were listed in a nine-page memo, but the union has yet to sign off on them. I’d expect Tretter to want more provisions, including giving players — especially those considered at greater risk if infected with the virus — the option to not play this season without jeopardizing their contracts for 2021.

As mentioned above, I remain confident the sides will find enough common ground. If that doesn’t happen and the players don’t agree to terms, I don’t think the NFL would have any other option but to cancel the season. It could consider replacement players, but I’m not sure how that would affect the recently signed collective bargaining agreement — or if it’s even allowed. And I don’t think the TV networks would agree to pay billions for second-rate talent on the field.

Commentary: Memos are great, but NFL still has plenty of issues to solve before players return

Q: After Myles Garrett, who is next on general manager Andrew Berry’s list to extend before the end of the season?

A: Spoiler alert for the next question: I’m not convinced a Garrett extension will get done this summer or fall. But I know the Browns want to sign him to a long-term extension at some point, so the premise of your question is definitely valid.

The roster remains young, so the Browns are a year away from even being able to talk extension with quarterback Baker Mayfield, running back Nick Chubb and cornerback Denzel Ward. While that shrinks the field, there are candidates for extensions this season.

Defensive tackle Larry Ogunjobi tops my list. He wasn’t as dominant last season as I projected but is still a quality player and person. He’s the type of homegrown talent the Browns need to retain, and it shouldn’t take an enormous contract.

From a talent perspective, I would start with running back Kareem Hunt, who’s also scheduled to be an unrestricted free agent following the season. But an extension with Hunt would be much messier than one with Ogunjobi. First, the Browns won’t be able to extend Hunt and Chubb — it’s too much money to allocate to running back — so they would have to make a choice. Chubb is much more reliable off the field, but Hunt’s checkered past makes him cheaper. Even if the Browns decided extending Hunt was the best business decision — they would have to figure out how to handle Chubb’s walk season in 2021 — they would first need to see Hunt stay out of trouble off the field before committing to him long term.

Defensive tackle Andrew Billings, safety Karl Joseph and cornerback Kevin Johnson could also become a priority for Berry. They all signed one-year contracts as free agents this offseason but could play themselves into the team’s long-term plans.

Q: Are new contracts contingent on future revenues? If not, wouldn’t it be a terrible idea to sign a player to a big deal if COVID-19 causes a reduction in the future salary cap?

A: Teams’ salary caps are tied to the league’s revenues but not an individual player’s contract. So it would be dangerous to sign a player to a huge contract given the uncertainty of the impact the virus will have on future salary caps.

I believe this applies to a potential extension for Garrett, as does a likely reduction in cash flow that could make ownership reluctant to pay a signing bonus that could exceed $40 million. Having said this, maybe chief strategy officer Paul DePodesta knows something I don’t and can structure the deal in a way that benefits the organization long term.

If I were the Browns, I wouldn’t be in a rush to extend Garrett, unless it was a team-friendly deal. Garrett is under contract through 2021 and I’d want to see how he responds after the season-ending suspension of a year ago.

Q: On every NFL Sunday for the 1 p.m. and 4 p.m. time slots, why doesn’t the NFL permit CBS and FOX to broadcast games in both slots? Two games each. Otherwise the CBS affiliate may pick the Steelers or Bengals game over the Browns game, as in Youngstown or Columbus.

A: It has to be all about advertising dollars. If CBS and FOX can guarantee eight or nine weeks of maximum eyeballs on the 4 o’clock game, the networks can charge more for commercial time. This obviously isn’t ideal for fans, especially in the cities you mentioned, but that’s been the standard for as long as I can remember.

There could be a chance for change, however, as the league contracts with CBS, FOX and NBC reportedly expire after the 2022 season.

Q: With COVID-19 precautions, how will the media provide coverage without the typical access?

A: You get two questions this week because this one directly affects me. No decisions have been made, but there’s no doubt the access will be much different this year. The goal of reporters, and hopefully the Browns, is to still bring you as much quality coverage as possible.

Until there’s a vaccine, I don’t see reporters being allowed back into the locker room. This is understandable during a pandemic but shouldn’t become the standard. The freedom of locker room availability allows reporters to develop relationships with players, have one-on-one interviews and get stories that improve coverage and benefit readers. The alternative this year could be news conferences where reporters are able to social distance or the continuation of the Zoom conference calls used throughout the virtual offseason program.

My most pressing concern is how we’ll be permitted to cover training camp. Reporters have always been allowed to watch all practices throughout camp, and the insight gained is invaluable. In addition to getting familiar with how players and coaches perform on a daily basis, we can see who’s healthy to practice, who’s not and who leaves with an injury — information coaches and teams don’t like to share. I’m assuming fans won’t be permitted in Berea this year, but reporters should be. There’s plenty of room for us to social distance, so there’s no reason we shouldn’t be given the opportunity to get the information fans crave.

As for games during the season, I would expect a limited number of media to watch from the press box, with interviews conducted at a distance or through Zoom. If the NBA and MLB ever get going, their protocols should give the NFL a blueprint for what works and what doesn’t.

Mailbag: Is next offseason the time to give Nick Chubb a contract extension? Will ownership have patience with this regime? Who will surprise by winning a starting job?
Mailbag: Has Baker Mayfield really matured? Will new regime value veteran leadership? Will David Njoku be traded before deadline?