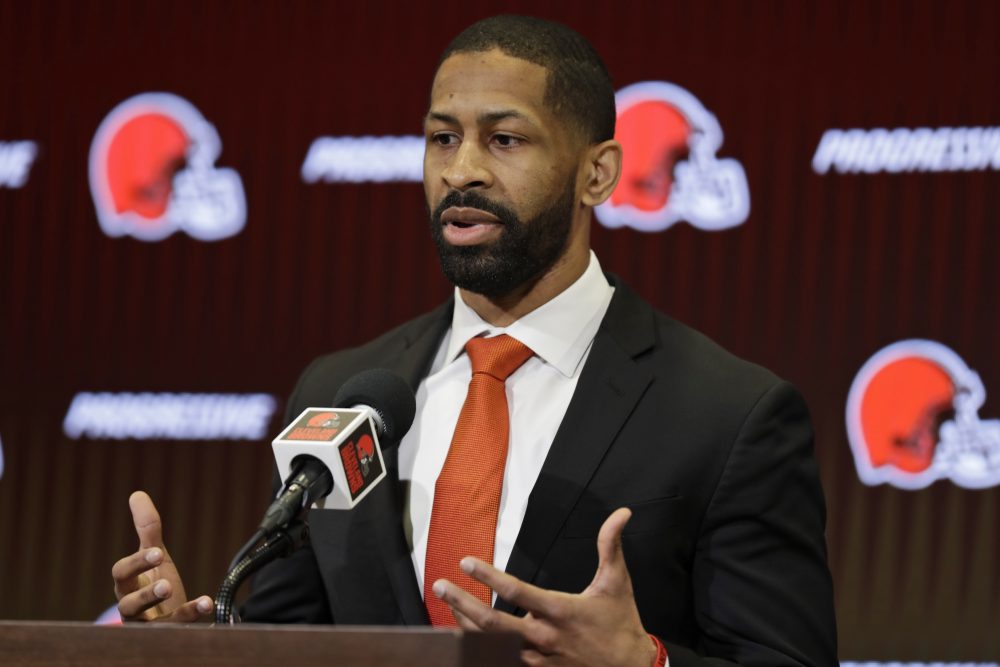 After being encouraged by the organization’s response to a long email he wrote June 5 following “multiple senseless and tragic deaths” within the Black community, Berry decided to extend the plea and challenge to all connected with the Browns — fans, players, alumni and media. The “Be The Solution” campaign launched Thursday night.

“These deaths have reverberated throughout our country. And enough is enough,” Berry said in a video released Wednesday night. “Words alone are not enough if we truly want change. Meaningful change comes with education, dialogue and most importantly deliberate action.”

In his internal email, Berry pledged to donate $8,460 to the NAACP Legal Defense Fund in honor of George Floyd and other victims if at least 50 employees took one of the actions he’s encouraging from fans:


** Spend at least 8 minutes and 46 seconds (the length of time a white Minneapolis police officer kneeled on Floyd’s neck) on an educational or dialogue item and submit a written or video reflection.

** Donate to a social activism cause.

The resources provided by the Browns

“What happened next gave me hope,” Berry said in the video. “People responded in the form of thoughtful reflections, commitment to action and significant donations from every level of our organization that the Haslam family generously volunteered to match.”

“Given the response internally, I wanted to give our fans, players, alumni and media the same opportunity to participate, because starting with our local communities is where we can make the biggest impact,” Berry said. “The Dawg Pound has always supported our organization’s efforts to make an impact. I invite you to do your part to be the solution.

“Let’s not let the emotions of the past couple weeks pass by in vain. Get involved, unite together, be the solution.”

The team’s website provides organizations recommended for donations and a long list of reading, watching and listening material to learn more about racial injustice.

Coach Kevin Stefanski has also encouraged the players to enter “the arena” of social activism, and many have heeded his advice. Stefanski attended a peaceful protest in Avon and joined members of the organization at the Tamir Rice memorial on the day of Floyd’s funeral.