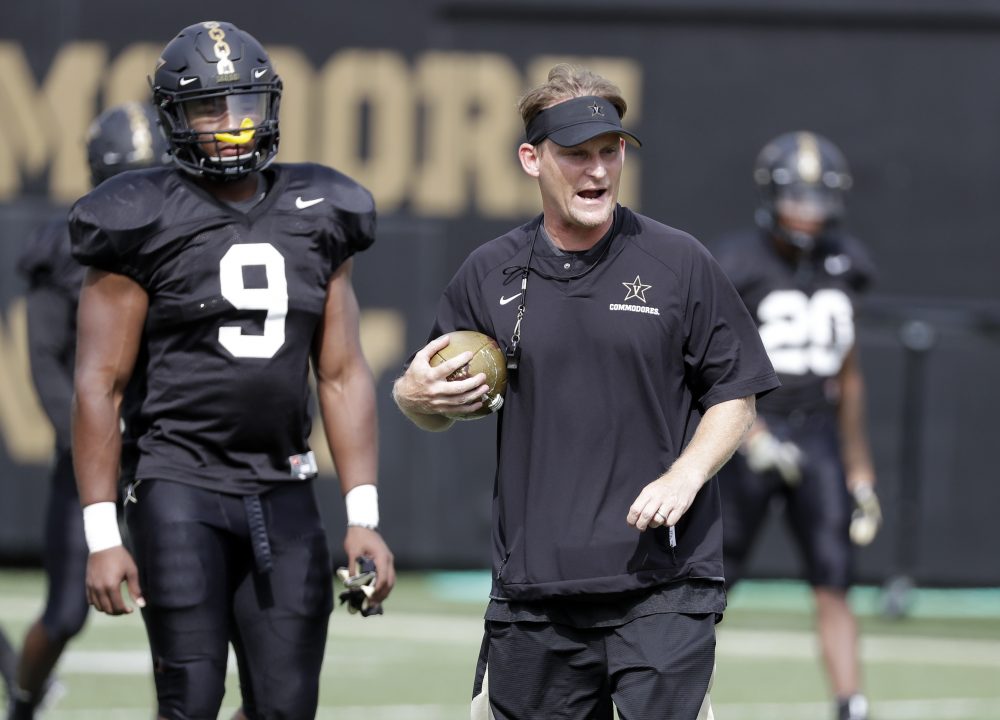 The key decisions haven’t been made. The depth chart is a blank slate. The position remains a huge unknown.

“When we can actually practice,” he said Wednesday on a Zoom conference call with reporters.

Tarver inherits a position at the start of a youth movement and with more questions than any other group on the roster.

In the offseason injury-prone veteran Christian Kirksey was cut to save money and reliable veteran Joe Schobert, who started the last three years in the middle, was allowed to leave in free agency. Left are second-year players Mack Wilson and Sione Takitaki, rookie third-rounder Jacob Phillips and journeyman B.J. Goodson, who signed a one-year deal as a free agent.

“It’s an open competition,” Tarver said. “All of our guys have a chance. That’s what’s exciting.”

Wilson replaced Kirksey on the weak side last season and started 14 games but could move to the middle or the strong side. Goodson envisions himself starting in the middle. Takitaki and Phillips could wind up at any spot.

“A lot of that is to be determined. In our room there’s great competition.”

Fans and media continue to ask if a veteran will be added, with Clay Matthews III the popular choice. While general manager Andrew Berry insists he’ll explore all options to improve the roster, he and coach Kevin Stefanski appear content with the young linebacker group and Tarver said they have the pieces they need to operate coordinator Joe Woods’ system.

“We do. We’ve got a good mix of body types and they all can run and shed (blocks) and like contact,” Tarver said. “Those are some things that we talk about becoming our identity when we get to play.

“With this group, you can see that upside. We’re excited about this mix. We’re going to see how this works, how guys are able to get in and who works best together and who takes advantage of their reps when we do get to practice.”

Phillips led national champion LSU with 113 tackles in 2019 and was the No. 97 pick in the draft. The lack of a normal offseason program — everything’s been virtual — could hurt Phillips’ transition to the NFL, but Tarver said he’ll get the chance to fight for a starting job.

“We wanted football intelligence, we wanted length and speed. He has those. His skill set really fits for any of the spots,” Tarver said.

Wilson and Takitaki will always be connected after being drafted two rounds apart — Takitaki in the third round out of BYU and Wilson in the fifth round out of Alabama. Wilson had the huge edge in playing time last season, totaling 82 tackles, an interception, a forced fumble, a sack and seven passes defensed.

“No. 1, he improved with every rep that he had,” Tarver said. “He likes contact. He got better and better and better at taking people on as the season went on. He does chase the ball. He plays with energy and other guys rally around him. He also has good cover skills, and he is very ball aware.”

Takitaki was stuck behind Schobert last year, making 21 tackles in one start and 105 defensive snaps. Tarver’s been impressed with the workout videos Takitaki’s made for him to critique the last couple of months.

“Just how he is moving and how powerful he is,” Tarver said. “He is really competing in the workouts to cover the most ground, to break on throws and to control his body in space.”

Goodson, 27, is the veteran of the group. He’s considered better against the run and has mostly been taken off the field in passing situations but signed with the Browns because he saw an opportunity for playing time.