Commentary: Following a career that should lead to Canton, Joe Thomas is having a hall of fame retirement 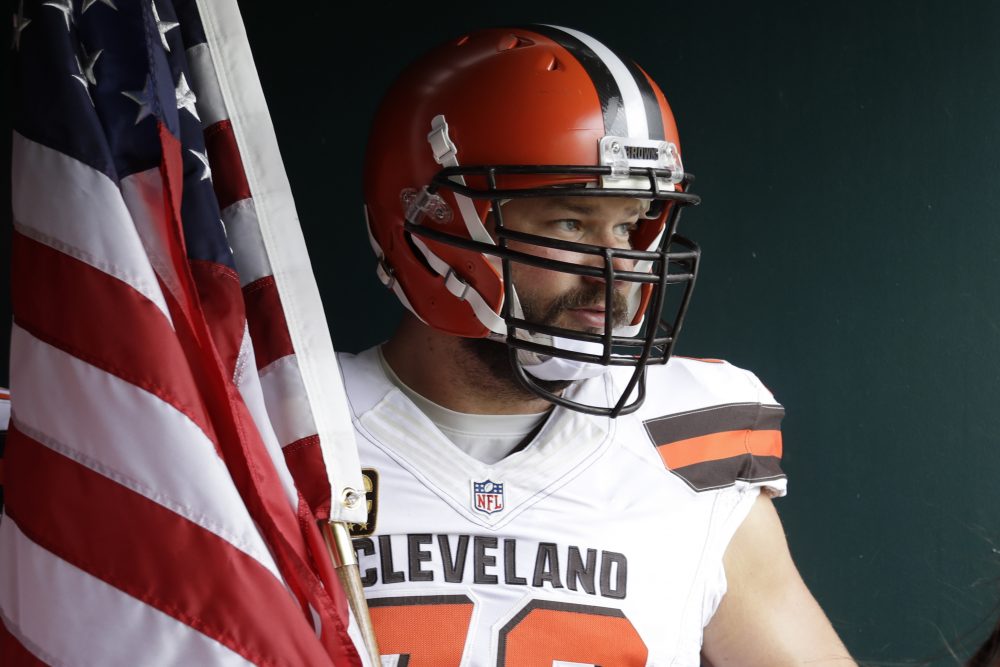 Joe Thomas had a hall of fame playing career with the Browns and should get a gold jacket in Canton in three years as confirmation.

He’s having a hall of fame retirement.

That doesn’t mean relaxing on his Wisconsin farm with his beautiful family, playing golf every day or watching his millions multiply.

Thomas has ventured into many areas of employment since retiring after the 2017 season. He paired with former Browns teammate Andrew Hawkins for a successful podcast, added commentating for NFL Network and recently became a three-time winner on “The Titan Games.”


“Playing for the Browns for 11 years we only had one winning season, so having a couple wins under my belt on Mount Olympus feels pretty good,” he said on the NBC show that tests competitors in feats of strength and athleticism. “Being able to excel at a task when the stress is the highest, that’s what I do the best.”

With the world’s stress level at dangerous levels and continuing to rise, Thomas’ most important retirement work came last week on a laptop. He wrote a thought-provoking essay for The Players’ Tribune about racism in America that has the potential to be influential. Thomas has always had opinions but coupled them with a disarming personality that didn’t alienate.

An anti-racism message should be universally applauded, but painfully it’s not. Some people on Twitter were quick to challenge Thomas, but he didn’t back down. Just like he never did while playing an NFL-record 10,363 consecutive snaps and stonewalling the likes of Terrell Suggs, James Harrison and Dwight Freeney.

“Our society has told us since we were born that black men are a threat, so we treat them (even subtly) as such…” Thomas tweeted in reply. “Think what the ramifications would be if you were treated as a threat everywhere you went…each and everyday”

Thomas could appear as an unlikely spokesman for racial justice. He didn’t kneel during the national anthem when approximately 20 teammates did before a game in 2017 after President Donald Trump called players who had “son of a (expletive)”and said they should be fired.

Thomas acknowledged in the essay he was late to engage with Black teammates to understand the racism they experienced and had been slow to act. But in this hopefully pivotal time of change in our country, Thomas decided he must speak up.

“First and foremost, I’ve learned that being ‘not racist’ is just not good enough,” he wrote. “White America must confront the fact that racism is real. We must empathize with those facing it, actively call it out, and bring it to light in all its forms.

“America has a problem, and it’s long past time to fix it.”

He added that systemic racism must be dismantled, the country is “immersed — whether we see it or not” and it flourishes “by hiding behind apathy and lack of understanding among the masses.” He calls being “not racist” a “shroud” for racism.

As he listened to life experiences from Black friends and former teammates, Thomas’ anger grew as he pictured them being followed in stores and on streets for no reason but their skin color.

“I realized that it would make me feel like an outsider in my own country,” Thomas wrote. “We cannot just be nonracist. We really do need to be antiracist.”

That Thomas is such a staunch supporter of the military and famously ran onto the field carrying a giant American flag on the 15th anniversary of the Sept. 11 terrorist attacks isn’t counterintuitive to his strong stance, although some would make that leap in their minds. The protests started by Colin Kaepernick were never about the military or the flag, just a platform to peacefully call attention to police brutality and racial injustice.

Thomas told me before his final season that he didn’t want to make the common mistake of committing to another career too quickly after he was done playing. He planned to try different things and see how they fit.

He’s discovered the true power of his voice. As long as he keeps using it to speak the truth, challenge inequality and promote a better world, he’ll stay on the perfect path.

Commentary: Memos are great, but NFL still has plenty of issues to solve before players return
Kevin Stefanski can look to the lockout of 2011 for direction, plus inspiration from Jim Harbaugh and 49ers