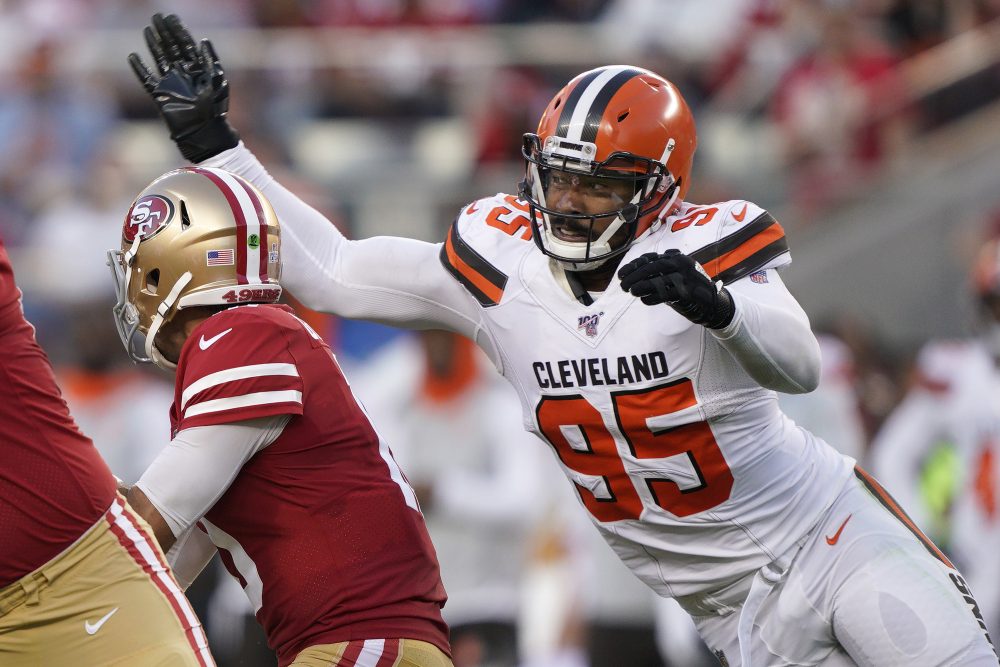 Myles Garrett has stayed extremely active during a slow offseason and appears determined to do all he can to realize his goal of becoming the NFL Defensive Player of the Year.

The latest step was joining some of the league’s top sack men Thursday for Von Miller’s Virtual Pass Rush Summit.

Miller has hosted the camp in person in the past but made the switch to keep everyone safe during the coronavirus pandemic. Pro Bowlers Khalil Mack, Chandler Jones, Cameron Jordan, Calais Campbell and Shaquil Barrett were among the attendees who talked techniques and drills and told stories.

Garrett, entering his fourth year with the Browns, grew up in Arlington, Texas. He told the group on the Zoom call he loved the Cowboys and idolized DeMarcus Ware. After he grew out of a receiver’s body and into a defensive end in high school, Garrett attended Texas A&M, just like Miller years before him.

“I walked down the same path as Von,” Garrett said on the call. “The way he moved, the way he got off the ball, he bent the edge.

“He laid the path for me and how I structured my game. I still watch his tape and he’s been helpful all the way through my short career.”

Miller, the No. 2 pick in the 2011 draft, has been to the Pro Bowl eight times in nine years with the Broncos. He has 106 career sacks.

“I want to give a Huge Thank You ! To everyone involved in today’s Pass Rush Summit,” he tweeted. “It was truly an honor . Hope you guys enjoyed it and were able to learn something because I sure did. Thank you guys !”

Garrett, the No. 1 pick in 2017, had 10 sacks in 10 games last year before being suspended for the final six games for ripping off Steelers quarterback Mason Rudolph’s helmet and hitting him on top of the head with it. In 37 career games, he has 30.5 sacks, 65 quarterback hits and six forced fumbles and made the Pro Bowl in 2018. He’s under contract through 2021, but the Browns have already discussed an extension.

Gotta go with what you know #striveforgreatness🚀 🎥: @c_franklin2

Garrett’s participation in the pass rush summit was a temporary break from intense workouts. Not only is he lifting incredible amounts of weight — and working on agility and pass-rush moves in the backyard — he posted a highlight reel of slam dunks, including one in which he jumped over someone.

“Gotta go with what you know #striveforgreatness,” he posted with a video on Instagram. “I know I want to be the best, because that’s all I know”

That includes off the field. Garrett has taken up the fight against racial injustice, offering to help financially families who’ve suffered.