Kevin Stefanski can look to the lockout of 2011 for direction, plus inspiration from Jim Harbaugh and 49ers 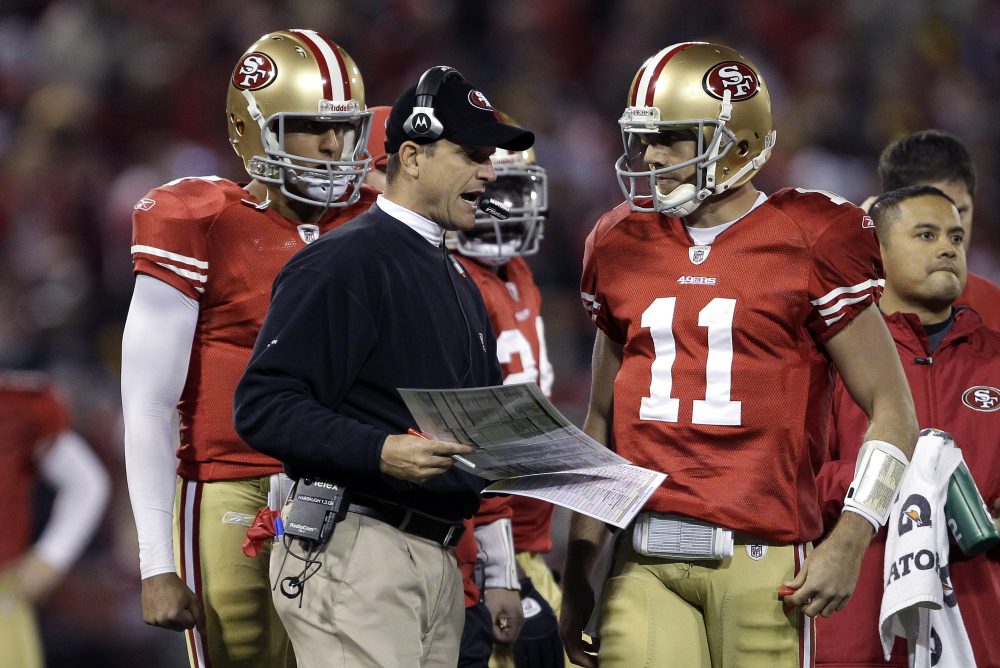 Jim Harbaugh should be the model for Browns coach Kevin Stefanski in his first season on the job.

The NFL has never had an offseason like this one — the regular season also promises to be different as the coronavirus pandemic continues — but the closest example in recent memory is the lockout of 2011. The offseason interaction between team and players was erased by the work stoppage, which barely ended in time for training camp in July.

Pat Shurmur should’ve realized then his tenure as Cleveland’s coach would be doomed. He was put behind the 8-ball through no fault of his own and never escaped. After starting 3-3, he lost nine of 10 for a 4-12 finish. His second, and final, season with the Browns began with Randy Lerner selling the team.

The rookie coach in San Francisco fared much better in 2011. Harbaugh, who had been the head coach at Stanford and is now at Michigan, took over a 6-10 team coached by Mike Singletary and went 13-3, reaching the NFC title game. The 49ers started 9-1, with the only loss in overtime in Week 2.

The Browns have playoff aspirations in Stefanski’s first season after former general manager rebuilt the roster and new GM Andrew Berry fortified it. Stefanski has refused to use the lack of a normal offseason as an excuse — everything’s been virtual — but it’s natural to expect a lack of practices and in-person meetings to hurt a team that went 6-10 in 2019 and has new offensive and defensive systems, a mostly new coaching staff and a young roster.

Franchises with established coaches, systems, rosters and histories of winning would figure to have a distinct advantage. Unfortunately for the Browns, the Ravens and Steelers are among that group, which also includes the Chiefs, Saints and Seahawks.

The same theories applied in 2011, and teams with new coaches had varying degrees of success, led by Harbaugh. Tennessee’s Mike Munchak went 9-7, Oakland’s Hue Jackson, Denver’s John Fox and Dallas’ Jason Garrett (he finished 2010 as interim coach after Wade Phillips was fired) were 8-8, Carolina 6-10 with Ron Rivera and Minnesota 3-13 for Leslie Frazier, who also finished 2010 in an interim role.

Six of the 12 playoff teams were new from 2010, including the Broncos (Fox had previously coached Carolina to the Super Bowl) and 49ers. In the five seasons that followed, the playoff field changed from four to six teams each year.

Stefanski was 29 years old in 2011 and in his third season as Minnesota’s assistant quarterbacks coach — a galaxy away from being a head coach.

“I remember a lot from that year,” he said Thursday on a Zoom conference call.

He believes the virtual meetings are a huge benefit compared to 2011.

“This is so different because we have had meetings and we have had lots of meetings,” he said. “We had 10 weeks’ worth of meetings. At that moment, you had zero contact with your players.

“I am confident that the work we did in that 10-week program covered a lot of ground schematically on the X’s and O’s, and I know the guys have been really working hard in their workouts.”

Stefanski and his staff have had eyes on their players — in the meetings and watching videos of individual workouts — but they’ve yet to get hands on them. Stefanski, who continues to stress the rest of the league’s in the same boat, was boosted by progress he saw virtually.

“We started out with this offseason teaching one way, and that is not necessarily how we ended up,” he said. “What I mean by that is the coaches have done a really good job of taking feedback from the players and finding out what works. Early on, we had a lot of taped lectures and we were pushing 15-minute, 25-minute videos out to the players for them to watch. Then we pivoted a little bit more to live stuff. Then we pivoted to having the players annotate on their screens.

“For instance, with the offense, AVP (coordinator Alex Van Pelt) would share a play, the quarterback would call the play and then we would have five guys drawing on the screen to make that play. Just different tools and different ways that we tried like crazy to reach these guys. The guys were really yearning for understanding and getting all of the information from this as they could. I was very impressed by that.”

The key to a smooth transition when training camp starts — assuming it does — will be the players’ solid grasp of the new systems. Practices in organized team activities and minicamps are usually the time to work out the bugs, but there was no time on the field. The Browns can’t spare the repetitions during camp to teach everything again, so the coaches were strict about testing the players’ knowledge virtually.

“Now, as we all know, one major part of learning is doing,” Stefanski said. “While it is true that we have installed a lot of offense and defense, reinstalled it and then reinstalled it again and have done a nice job in the classroom, there is definitely an aspect of doing that hasn’t occurred yet.

“I do believe that we will have time to do that, and we are at no disadvantage based on the other 31 clubs are on the same equal footing as us.”

Stefanski acknowledged the staff has talked a lot about 2011, including how they must be cautious with the players at the start of camp to avoid soft-tissue injuries. He’s not conceding anything to his rivals.

Neither did Harbaugh nine years ago. He changed the culture in San Francisco and transformed quarterback Alex Smith into a master of efficiency. Smith, the No. 1 overall pick in 2005, cut his interceptions from 10 in 10 starts in 2010 to five in 16 starts in 2011 and posted a winning record for the first time in his career.

Stefanski is looking for the same turnaround from Baker Mayfield, the top pick in 2018 who threw 21 interceptions last year. Stefanski’s commitment to the run and play-action passing game should accentuate Mayfield’s strengths and make life easier for him.

Harbaugh showed great things can be done without an offseason. Stefanski hopes to have similar success in an unusual one.

Commentary: Following a career that should lead to Canton, Joe Thomas is having a hall of fame retirement
Commentary: Browns drafts full of first-round follies