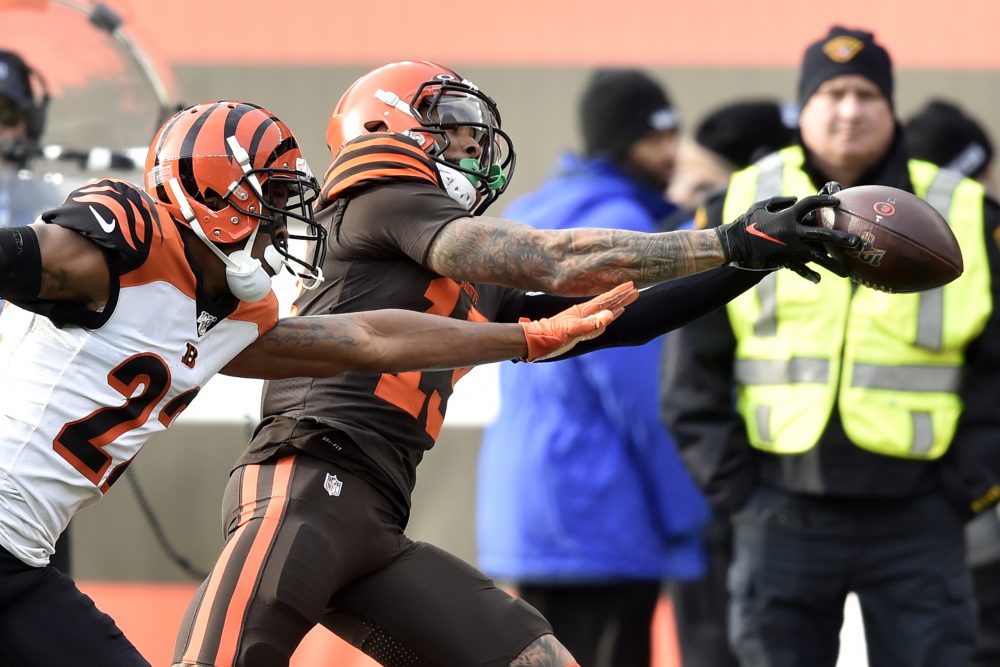 Odell Beckham Jr. renewed his vow to the Browns on Monday.

“U can find me in The LAND homie!” the superstar receiver tweeted. “We got unfinished business”

The tweet was in response to someone speculating that Beckham will be with the Patriots before the end of the season. Beckham has been rumored to be headed out of town since he was traded to the Browns in March 2019, and the latest conjecture follows free agent quarterback Cam Newton signing Sunday with New England.

Newton and Beckham have trained together lately in Los Angeles, with Beckham running routes and catching passes.

“U been working! U deserve tht!” Beckham tweeted at Newton on Sunday. “SWEAAAAAH!!!

Newton is the latest link connecting Beckham to the Patriots. Throughout his career he’s been vocal about his desire to play for a championship franchise and a Super Bowl-winning coach like Bill Belichick.

He gave a pair of GOAT (Greatest of All Time) cleats made of goat hair to quarterback Tom Brady after a loss last season in New England. Brady left for the Buccaneers this offseason, but Newton has taken his spot.

“Lol no sir boss!” he replied. “But y’all got my brother , wishin nothin but the best and LUV”

Beckham reportedly told opponents during the season last year to “come get me.” After letting the drama linger, he sought to put an end to it Dec. 18.

“I’m not going anywhere. I’ll be here,” he said. “We’re going to figure this thing out. It’s just too special to leave.”

Beckham caught 74 passes for 1,035 yards and four touchdowns in 16 games despite dealing with an abdominal injury that severely limited his practice time all season. He had core muscle surgery in January, and new coach Kevin Stefanski declared him healthy last week.

“Odell is free and clear,” he said Thursday on a Zoom call with reporters. “He is 100 percent. He is looking really good.”

Beckham received rave reviews for his rehab and participation in the virtual offseason program.

“He’s all in. he’s bought in, he’s been there and it’s awesome,” offensive coordinator Alex Van Pelt said earlier this month. “It’s good to have him there. It’s good for him. He’s obviously learning the system.”