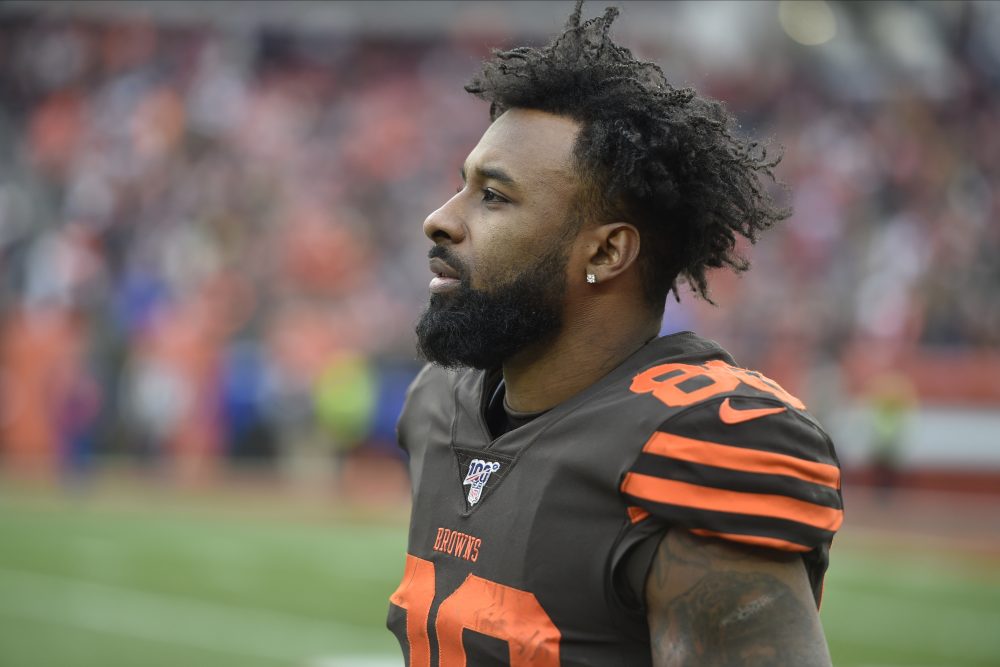 Jarvis Landry isn’t one to sit on the sidelines — he hasn’t missed a game in six NFL seasons. And he isn’t a follower.

So it’s not a surprise Landry is jumping into action during an uneasy and pivotal time in America.

The Browns’ Pro Bowl receiver announced Wednesday he is starting the Jarvis Landry Building Winners Foundation. He was driven to by the events of the past months — the coronavirus pandemic, more examples of racial injustice and an economic crisis.

“I’ve spent a lot of time self-reflecting these past few months,” Landry wrote in the announcement posted on Instagram. “How do we fix this? How do we fight for a better future? Reevaluating my role in the communities that made me and continue to shape me. No longer where can I help — but how can I lead?”

The foundation is a nonprofit organization dedicated to “positively impacting the lives of children and families facing socioeconomic disparities and/or chronic health conditions.

“Our mission is to empower, engage and excite our communities through a variety of life-changing programs, special events and charitable initiatives held in the greater Cleveland, Miami and New Orleans areas.”

Excited to Announce the birth of my Foundation!! My Team and I are Looking forward to continuing work in our communities and all over the world… #BuildingWinners ✊🏾✊🏾

Landry picked the three cities where he’s spent much of his life. He was born in Convent, La., about an hour from New Orleans, and went to LSU in Baton Rouge. He was drafted by the Dolphins and played in Miami for four years before being traded to the Browns in 2018.

The pandemic has forced Landry to cancel his annual summer charity events, including youth football camps. He’s also been active with the Cystic Fibrosis Foundation. His high school sweetheart died from the disease.

He hopes to be back in the community soon.

“My Teams and I are looking forward to continuing work in our communities and all over the world,” he wrote.

Coaches and teammates said Landry was one of the first to speak in a virtual team meeting after the killing of George Floyd when a Minneapolis police officer kneeled on his neck May 25.

“You could tell Jarvis was emotional when he spoke with the team,” left guard Joel Bitonio said last month. “He wanted change, and he wanted to be part of it and really try and help the movement.

“Just tried to tell us how we can use our platform a little bit better because I think the vast majority of people want to help and want to improve the situation.”

The launch of the foundation was appreciated by teammates.