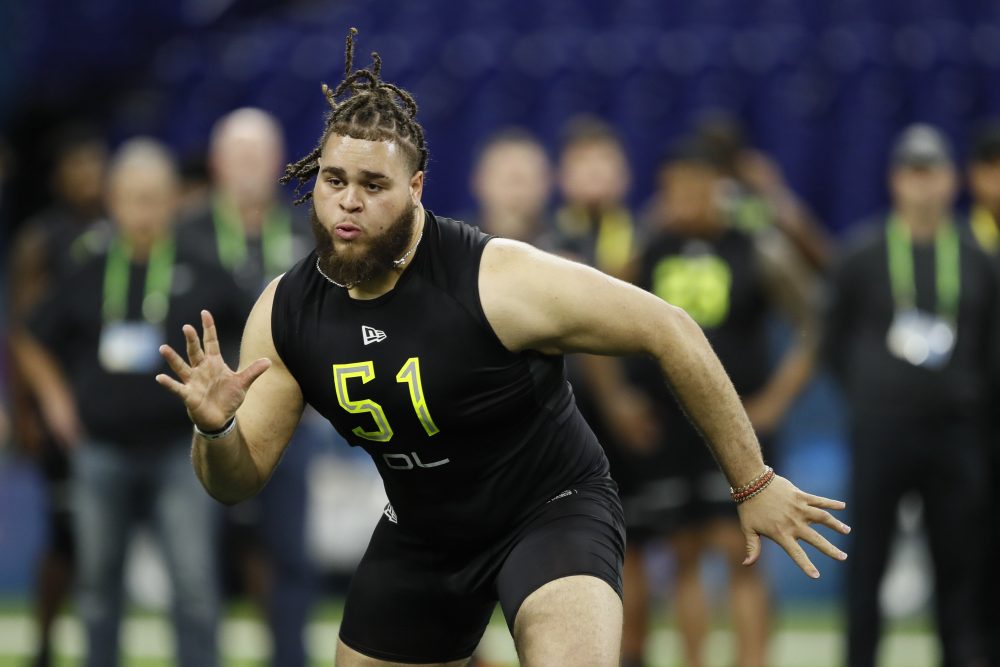 CLEVELAND (AP) — Jedrick Wills has slid into place for the Browns.

The former Alabama star right tackle, who will attempt to slide over to the left side for Cleveland, signed his four-year, $19.7 million contract Tuesday, two weeks before he’s scheduled to report to his first NFL training camp. The deal includes an $11.9 million signing bonus.

The Browns selected Wills with the No. 10 overall pick in April’s draft, which boasted an elite class of tackles.

Cleveland has plugged the vital position the past two seasons with stop-gap measures following perennial All-Pro Joe Thomas’ retirement after the 2017 season. Cleveland’s hoping Wills can be its long-term answer at left tackle, but he’ll first have to adjust to playing on that side of the line after working exclusively at right tackle for the Crimson Tide.

The 6-foot-4, 320-pound Wills started his final 28 games at Alabama, where he opened huge running lanes and protected the blindside of left-handed quarterback Tua Tagovailoa. He only allowed one sack last season as a junior before deciding to turn pro. He was named a second-team AP All-American.

His athleticism is what set him apart from the other tackles for the Browns, who have been impressed with his eagerness and aptitude during their virtual offseason program.

“It has been really positive,” Callahan said last month. “He is really a sponge of information. He has absorbed all the content that you can give him and he wants more. I am really excited about him. I am eager to at some point get on the field with him.”

The Browns have signed five of their seven draft picks. The only unsigned players are second-round safety Grant Delpit and third-round linebacker Jacob Phillips — both from LSU.

Olivier Vernon restructures contract, keeping him in Cleveland for 2020
Browns give season-ticket holders chance to opt out of 2020 season, keep seats for 2021