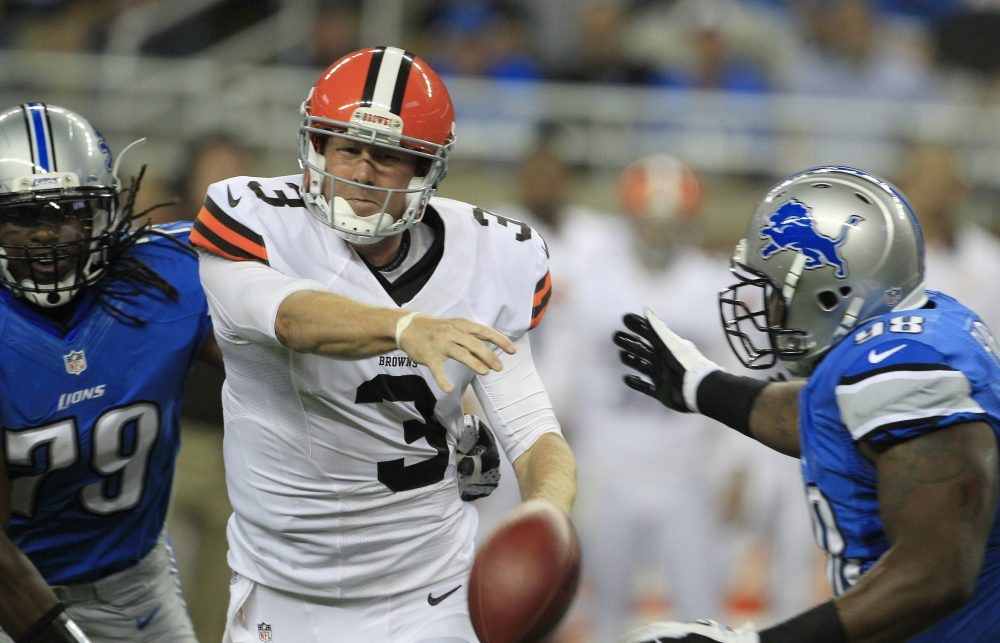 The signing of Myles Garrett to a monstrous multiyear contract is a dramatic, albeit rare, reminder that sometimes the Browns get this draft thing right.

And by “sometimes” I mean four times — in this century.

A perusal, and by perusal I mean ranking, of Cleveland’s first-round draft picks in this century offers a stark reminder — as if we needed it — that when it comes to “it seemed like a good idea at the time” first-round whiffs, nobody can touch the Browns.

Since 2000, the Browns have selected 26 players in the first round of the draft. One of them was this year’s first-rounder, Jedrick Wills. Since he has yet to play a game he is excused from this exercise.

With all those high picks, to only go 4-for-25 (16 percent) in finding elite players? I’m no Mel Kiper, but I don’t think that’s very good.

So, with some further ado, here’s one man’s ranking of the 25 players the Browns have selected in the first round of the draft in this century. The players are presented in four categories, two of which you should read only after asking the children to leave the room:

Kevin Stefanski can look to the lockout of 2011 for direction, plus inspiration from Jim Harbaugh and 49ers
Training Camp Preview: 6 things to watch — starting with a pivotal season for Baker Mayfield