Myles Garrett says his life’s “much bigger than one moment,” plans to assert himself as “top dog” in NFL 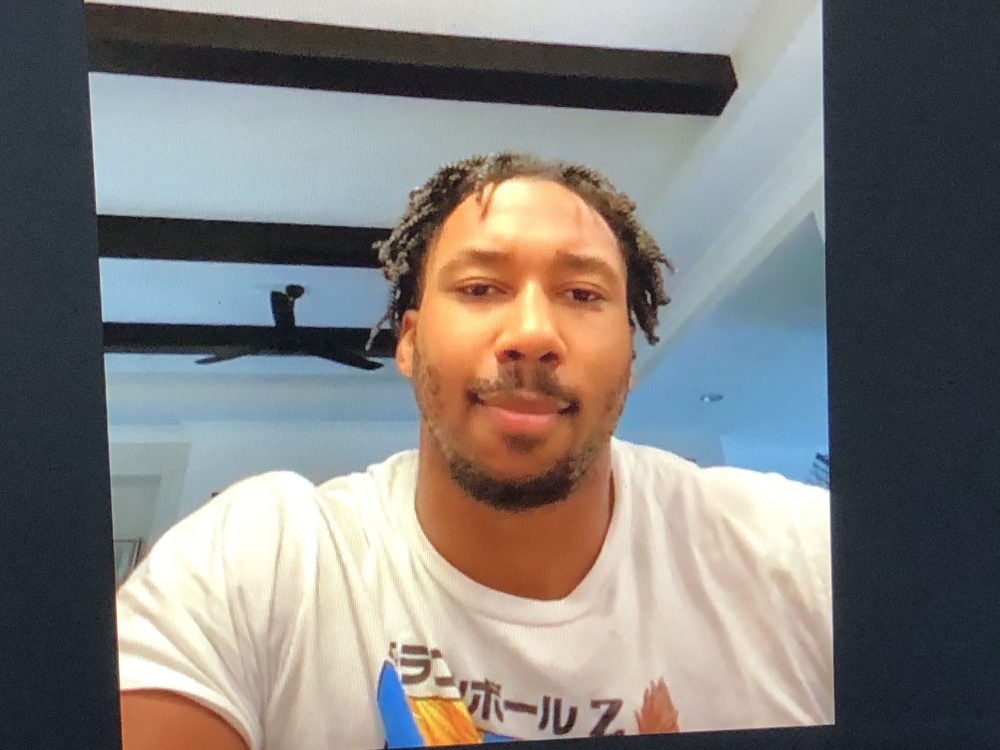 Myles Garrett refuses to be defined by a single action.

Even if some people will always connect Garrett with the helmet bash of Steelers quarterback Mason Rudolph, he believes his life has greater purpose and his career remains destined for greatness.

“My life’s much bigger than one moment,” Garrett said Thursday on a Zoom call with area reporters. “Me, the Browns and my teammates are going to look past that and go on to great success and that will just be a small bump in the road.”

The Browns’ commitment to Garrett’s character and potential was obvious when the defensive end signed a record-setting five-year, $125 million extension Wednesday. He said the organization has always had confidence in him and his ability and he’s going to do his best to live up to the staggering money and make his family and friends proud.

He’s setting the bar as high as the contract, which makes him the top-paid defender in NFL history. The $25 million average per season surpassed the $23.5 million of Bears pass rusher Khalil Mack and the $22.5 million of Rams defensive tackle Aaron Donald. Mack is a one-time NFL Defensive Player of the Year, and Donald a two-time winner.

“I already felt I was in their league, and now that they have put that banner on me that I am the highest-paid, I have to assert myself as the top dog,” said Garrett, whose only Pro Bowl appearance came in 2018. “I feel like I am confident and ready to do that.”

The last time Garrett was seen on the field he was walking into the tunnel at FirstEnergy Stadium on Nov. 14 after being ejected for ripping off Rudolph’s helmet and hitting him on top of the head with it during a brawl. Garrett was suspended for the final six games before being reinstated by Commissioner Roger Goodell in February.

The Browns and Garrett insist the altercation was out of character. Garrett has said Rudolph used a racial slur, but he’s also expressed regret for his actions.

“It was a reaction to a situation,” Garrett said during the 25-minute interview, his first with local media since the suspension. “Everybody’s reaction’s different to stimuli they’re given. I don’t believe anything like that has happened before and it won’t happen again.

“Now that I’ve had something like that happen and it went the wrong way, it can only go right for me because I’m prepared.”

Rudolph denied using a racial slur, and Steelers coach Mike Tomlin rebuked Garrett for making the claim. Garrett said he hasn’t communicated with either but said he’d have no problem talking to them.

“I don’t have any ill intent towards either of them,” he said. “I respect Mike Tomlin as a coach, what he’s done in the league has been great for the Steelers and they’ve had success for a long time. I hope Mason Rudolph goes on to have success. I have no problem with him going forward.”

Garrett’s actions were so egregious they will likely follow him throughout his career.

“That’s just life. You have one mistake and people are going to come after you. Mine just happened to be on national TV with millions watching,” he said. “I’m just going to keep on playing my game, I’m not going to worry about what people say, what they do. If somebody comes at me, I’m going to walk away, put my hands up, whatever I have to do to nullify the situation.”

He rejects the idea he’s been labeled a dirty player.

“More often than not the other players I’ve played with and the guys I know, that’s not who they see, that’s not who they’ve experienced so they’ve never thought of me that way,” he said. “I don’t think I’ll be walking on eggshells when I’m on the field, rapping my brain about not trying to be a dirty player because I’ve never been that.

“I’m just going to have to do my best to play within the rules and play at the best of my ability.”

Garrett’s never doubted his talent. From before he was taken by the Browns with the No. 1 pick of the 2017 draft, he talked about wanting to be the best in the league. He believes he hasn’t delivered through three seasons but is determined to make the leap.

“I feel like I can only get better, and you will see that next year,” he said. “Can’t talk it into existence. Just have to do it ourselves. I feel like the sky is the limit not only for me but for everybody.”

Garrett got off to a great start last season in his quest to be Defensive Player of the Year. He had six sacks in the first three games and finished with 10 in 10 games, adding 18 quarterback hits and two forced fumbles.

The suspension sabotaged the defense and short-circuited a potential push toward the playoffs. The pass rush disappeared, the defense slumped and the Browns lost four of the last five to finish 6-10.

The Browns still haven’t been to the playoffs since 2002, but Garrett is optimistic about the future and wants to starts a parade of recent draft picks signing long-term deals to stay.

“The history is what it is. It will only make it so much sweeter when we turn this thing around and actually start winning big games, winning playoff games and finally getting to that last one,” he said. “I would like to be a part of that. I would like to lead the pack for that.

“Whenever we do that, whether it starts this year or how many years it takes, I want to lead Cleveland to that promised land.”