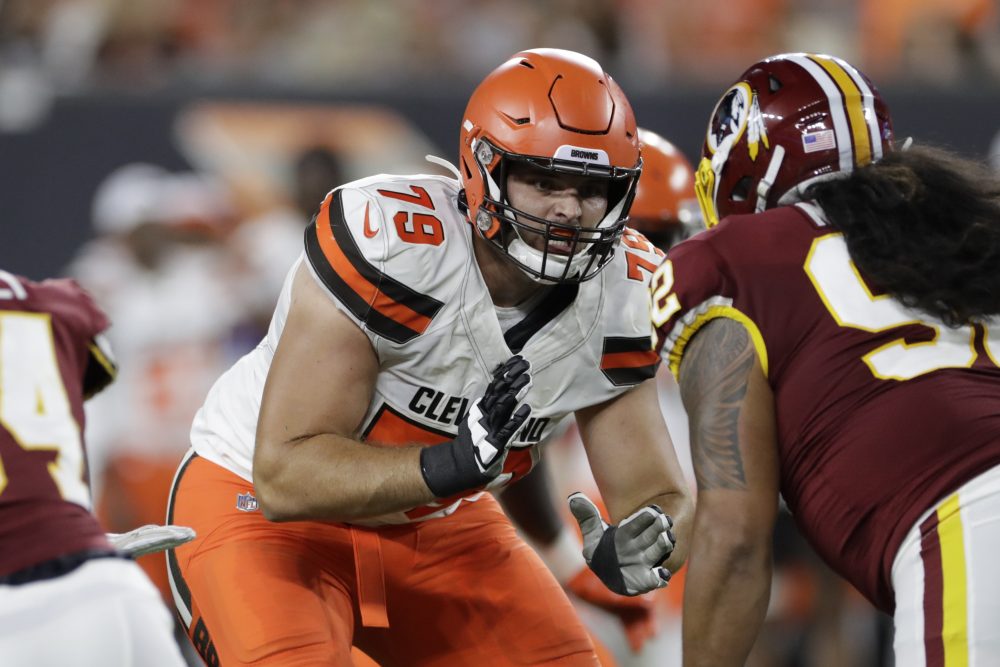 Drew Forbes was expected to compete for the starting right guard job.

Instead, he’s sitting out the season.

Forbes and undrafted rookie tackle Drake Dorbeck opted out of the 2020 season because of the coronavirus pandemic, the team announced Wednesday. Once a player notifies the team in writing, the decision is irrevocable for the season.

Forbes was a sixth-round pick in 2019, suffered a knee injury in the preseason and returned to play one game. He figured to challenge incumbent Wyatt Teller at right guard.

The other candidates are Colby Gossett, Willie Wright and rookie fifth-rounder Nick Harris. Chris Hubbard, who started 29 games at right tackle the last two years, could be added to the mix. He took a pay cut to stay and said he’s willing to move inside.

Forbes and Dorbeck, who attended Southern Mississippi, are the first Browns to opt out. Several players across the league have exercised the option, including six New England Patriots.

Players still have time to opt out, at least through the end of the week. Players have seven days once the agreement between the NFL and NFL Players Association has been finalized.

“It is our job to make sure that we educate everybody and let them know the high-risk categories, etc., and really work with the individual player in determining the right decision for them at that point,” Browns senior vice president of player health and development Joe Sheehan said Wednesday on a Zoom call with reporters.

Players considered in the high-risk category are entitled to a $350,000 stipend, while everyone else can opt out and take a $150,000 stipend. The Browns didn’t say if either player qualifies in the former category.

“I don’t think it is an inordinately high number of players, but I’m proud of the way the players and the teams have worked through this together so that we can responsibly make those decisions so that everyone feels good and safe about participating in the season,” head team physician Dr. James Voos said.

** Tight end Pharaoh Brown, who went to Brush High School, was placed on the active/physically unable to perform list with a foot injury.