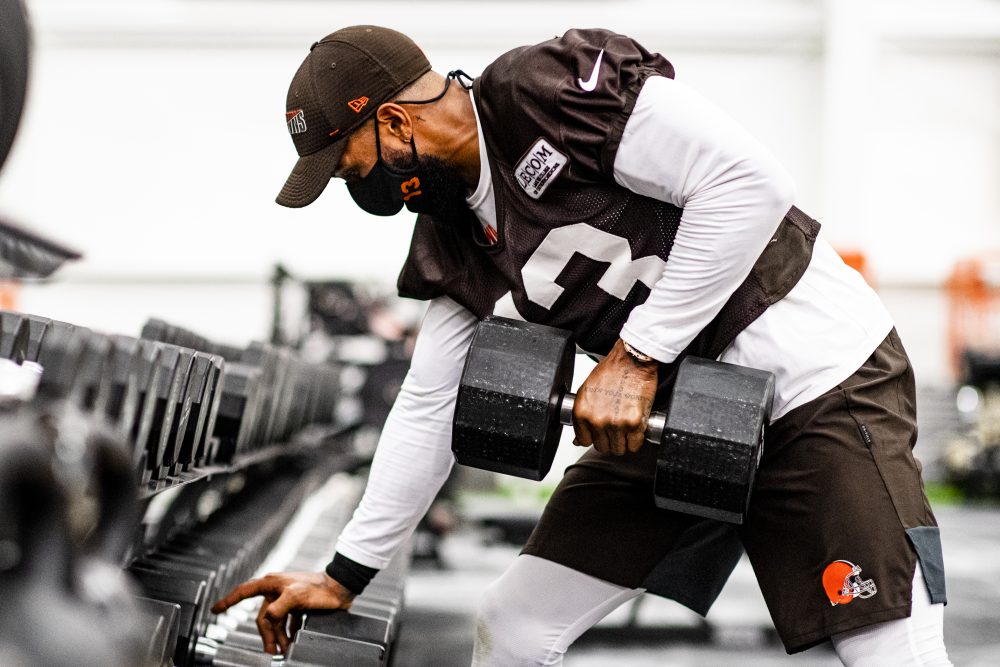 General manager Andrew Berry likes what he’s seen from receiver Odell Beckham Jr. since his return for training camp, despite previous comments from Beckham questioning whether the NFL should play during the coronavirus pandemic.

“In terms of Odell, he’s returned and really been focused on working hard,” Berry said Tuesday on a Zoom call with reporters. “He’s been very engaged in everything that we’ve done in the classroom and he’s really focused on having a great year.”

In a pair of settings last month, including a Wall Street Journal interview released Monday, Beckham expressed trepidation about playing this season as the pandemic continues to rage across the country.

“Obviously with everything that’s going on, it doesn’t make sense why we’re trying to do this,” Beckham told the Wall Street Journal. “We’re not ready for football season. So why are we trying to push forward? It’s obviously for their money. And that bothers me because there’s always been this — and I hate saying it like that — but the owners’ (attitude is), ‘Oh, we own you guys,’ and just kind of that unfairness going on that they don’t see us as human.

“I just feel like the season shouldn’t happen and I’m prepared for it to not happen and I wouldn’t mind not having it.”

The interview came before the NFL and NFL Players Associated agreed on safety guidelines and protocols for a return to team facilities. Beckham reported on time, tested negative for COVID-19 three times and has been a “full participant” in the strength and conditioning sessions and virtual meetings, according to a league source.

“Having a player of Odell’s stature on the roster obviously generates a lot of attention,” said Berry, who’s in his first season as a GM. “And Odell’s very mindful that he has to be conscientious with his words. With that being said, we’ve had plenty of dialogue and conversation with Odell, not only just through the summer but certainly as he’s returned to Cleveland. And that’s been a positive thing. We feel really good about everything that the league and the PA have agreed upon and everything that we’ve done in Cleveland.”

Berry again emphasized the precautions taken by new coach Kevin Stefanski and the medical staff when asked about No. 3 quarterback Garrett Gilbert being placed on the reserve/COVID-19 list Monday after spending several days back in the building.

“I’ll again give credit to Kevin and our medical staff in terms of how thoughtful they’ve been in terms of the planning, specifically during this critical first 14 days as we form our bubble, so to speak,” Berry said. “All of our meetings have been virtual up to this point. And with the facility redesign, when our guys really do come back into the building for meetings and various activities, everything is really, really well spaced out and everything is really, really well done to make sure that guys are socially distanced, safe and we will prevent really any issues inside the facilities.”