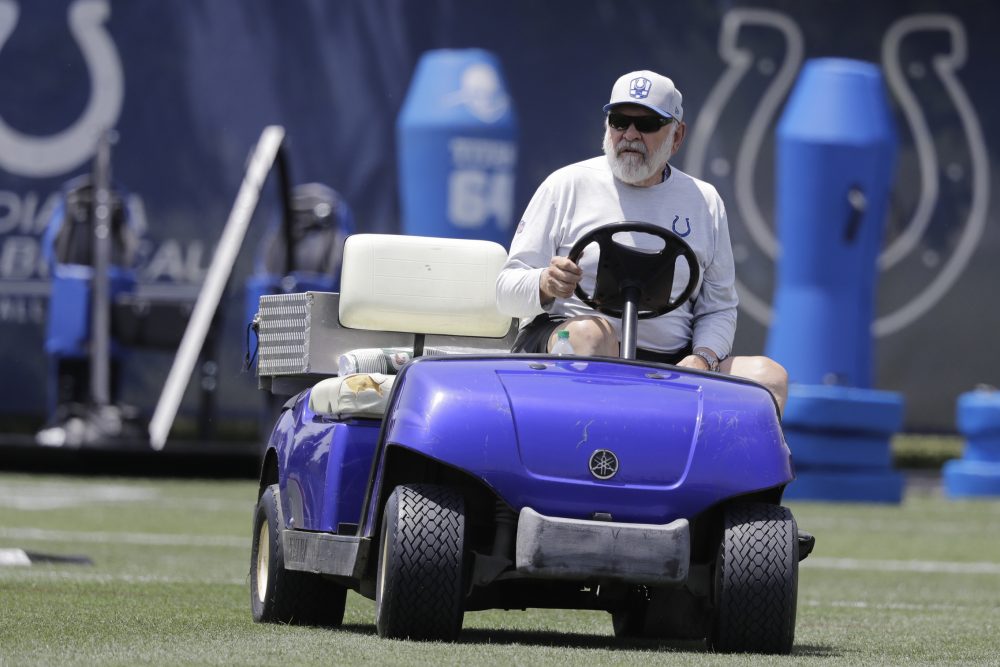 The Indianapolis Colts announced Mudd’s death Wednesday. No details of his death were provided by the team. Mudd had been in a motorcycle accident in the Seattle area recently.

In a post on CaringBridge.org, Mudd’s family said, “it became clear that he was ready and that we needed to surround him with love and fight for his right to comfort and peace.”

“Howard deeply loved and enjoyed his many friends and family,” his family wrote. “Please honor Howard today and every day by sharing a belly laugh with a loved one, or telling a stupid joke, or calling up a friend to tell them you are thinking of them.”

Mudd coached the offensive line with the Colts from 1998-2009 and rejoined the team as a senior offensive assistant in 2019. Indianapolis was one of many stops in Mudd’s coaching career that included time with Philadelphia, Kansas City,, Seattle, San Francisco and the San Diego Chargers. He spent five years as the Browns offensive line coach, from 1983-88.

His coaching career started at the college level with two seasons as the offensive line coach at California in 1972-73.

“I will be forever grateful for Howard’s tireless efforts and work to protect me as a quarterback and to help our team win so many games,” former Colts quarterback Peyton Manning said in a statement. “He always told me the story about the day I got drafted — Jim Irsay came down to his office and left a note on his desk which said, ‘Howard, your job is to keep No. 18 protected. To keep No. 18 clean.’ Howard always kept that with him and always took that direct order from our owner very seriously.”

His coaching prowess followed a brief but successful NFL playing career. Mudd spent eight seasons with Chicago and San Francisco. Three times he was voted a Pro Bowl starter and was a first-team All-Pro selection in 1968 with the 49ers. He grew up in Midland, Michigan, and played in college at Hillsdale.

The 49ers tweeted their condolences on Mudd’s passing and Seattle coach Pete Carroll said, “He’s been a tough guy his whole life. We’ll miss him.”

“As a football coach, I don’t use this term often, he was remarkable,” Irsay said. “people that know football know that the offensive line is the engine that drives your football team. That is the engine. One of the most important things in determining victories, besides the quarterback, is the battle at the line of scrimmage. Howard was a hall-of-fame chief mechanic. He knew how to get offensive lines to play. That was his love. He was a real artist when it came to coaching that offensive line.