Looking forward to watching these 5 things as practice opens 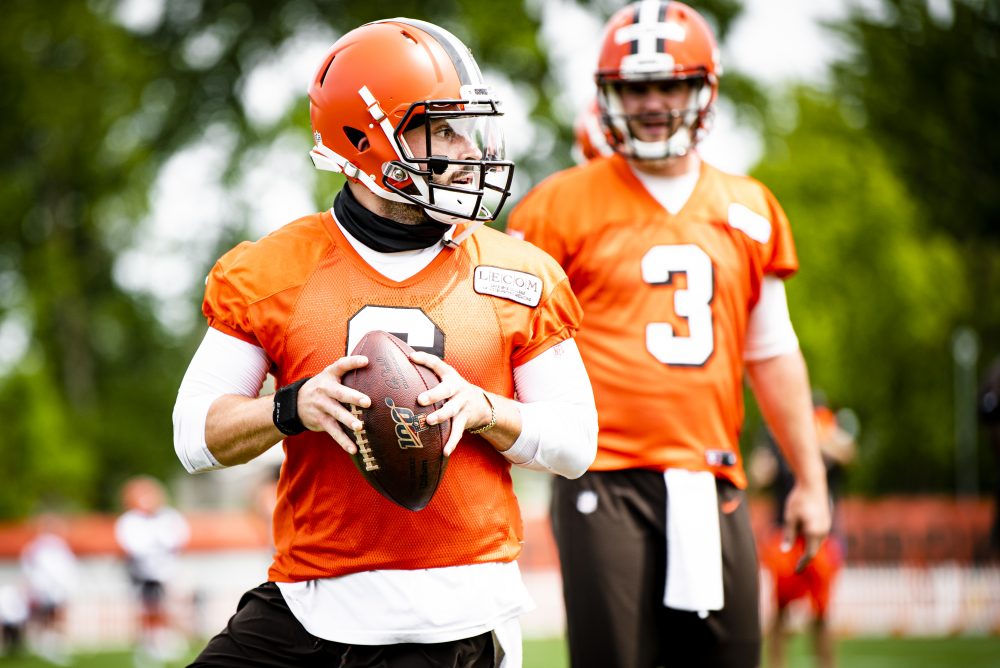 It’s been too long.

For the first time since the Browns lost to the Bengals in Cincinnati on Dec. 29 — coach Freddie Kitchens was fired shortly thereafter — on Friday I’ll get to watch football in person.

The Browns officially kick off training camp with an afternoon practice. While it’s unfortunately not open to the fans — maybe they’ll pump in some recorded barking — 30 members of the media will be permitted to watch in masks while keeping a safe distance from the field.

The past seven-plus months have seemed like an eternity for many reasons much more important than the absence of live football. But the little things shouldn’t be diminished, and being able to return to my normal August routine in some form will be appreciated.

I’m grateful to be able to see my friends and colleagues — at least 6 feet away and in masks — after it’s been too long. And I’m curious to see how practice is different during a pandemic, especially when the pads are put on Monday.

But here are the five things I’m most looking forward to watching over the next three weeks of Browns practices.

In so many ways, this season will be about quarterback Baker Mayfield. He’s surrounded by talent, so if he plays and leads well, the Browns should be in the hunt for a playoff spot.

But first I’m eager to see how he looks and moves after an offseason devoted to getting in better shape. General manager Andrew Berry said Mayfield added 4 pounds of “lean mass,” cut body fat and returned in “terrific” shape.

This should allow Mayfield to move better inside and outside the pocket, an area in which he regressed last year after adding weight to absorb hits. He’ll never be the fastest quarterback but he relies on quickness. So the leaner body should make a significant difference.

Jedrick Wills, the No. 10 pick in April, is going to start at left tackle Week 1 against the Ravens despite never playing a game there in high school or at the University of Alabama. With the preseason canceled because of the pandemic, he’ll have to do all his preparation in camp.

Wills has the movement skills and mentality necessary to make the switch from right tackle but he also needs repetitions. Fortunately, plenty of his will come against defensive end Myles Garrett.

The Wills-Garrett matchups will be mandatory viewing throughout camp. Garrett obviously has the edge as he enters his fourth season, but if Wills can hold his own and steadily improve, especially when the pads come on, the front office and coaching staff will breathe easier on the way to Baltimore.

Receivers Odell Beckham Jr. and Jarvis Landry weren’t themselves last year. Landry arrived at camp with a hip injury, and Beckham suffered a core muscle injury early. They didn’t miss a game and both went over 1,000 yards but they were frustrated by the physical limitations.

After offseason surgeries, both expect to be better than ever this season. Beckham was declared 100 percent, and Landry was activated from the physically unable to perform list and is ready to practice.

The medical staff will monitor their reps, but it will be fun to see how the best friends look when they’re feeling good.

THE MAN IN CHARGE

Coach Kevin Stefanski has finally met all his players and seen them on the field. But camp will be the first time he’s watched the offense go against the defense.

Stefanski has acquitted himself well in his first time as a head coach, despite the difficult circumstances that demanded the offseason program be held virtually. The calm and intelligent approach must carry over to the hectic practice field.

It’ll be interesting to see how he divides his time — his background is on offense and he’s expected to be the play caller — and how he relates to the players, especially after a mistake.

No position group is as unsettled as linebacker. So plenty of questions need to be answered before the opener Sept. 13.

Not only are Mack Wilson, Sione Takitaki, B.J. Goodson and rookie Jacob Phillips competing for the three starting spots, they’re fighting for playing time in the one- and two-linebacker sub packages.

If that isn’t enough uncertainty, coordinator Joe Woods and linebackers coach Jason Tarver don’t know at which spot — middle, weak side, strong side — each player fits best. The depth chart to open practice could change drastically before the season.