Notes: Center JC Tretter has knee surgery, out for start of training camp 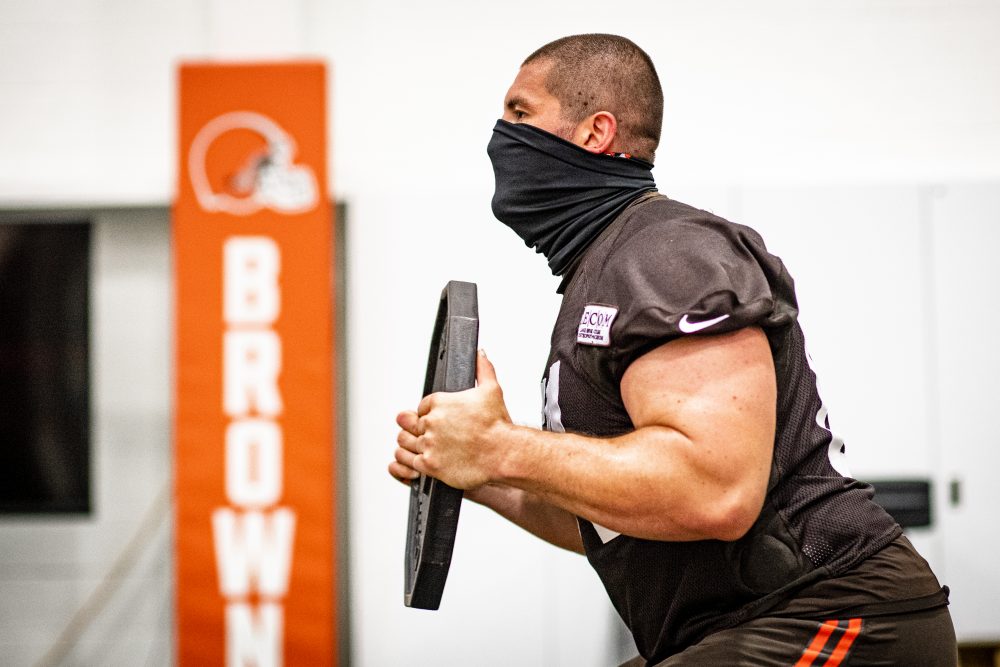 The hope for Tretter and the Browns is that he’ll be back by the time the season starts Sept. 13 in Baltimore.

Tretter had a “procedure” on his knee Thursday, coach Kevin Stefanski announced. Stefanski didn’t provide a timeline for a return or details on what prompted the surgery. Minor arthroscopic surgery can sideline a player for as little as a couple of weeks.

Tretter, 29, has started all 48 games in his three seasons with the Browns and signed a three-year, $32.5 million extension in November. He had an eventful offseason, including getting married and being elected president of the NFL Players Association.

“It is a great opportunity for Nick Harris to get a ton of reps,” Stefanski said. “Excited to see Nick out there.”

The Browns didn’t need a center but liked Harris’ performance at the University of Washington enough to draft him.

“He is doing a nice job,” Stefanski said. “This is a process and there are going to be mistakes, and we just have to identify and correct them. That is part of the training camp rhythm.”

Defensive end Myles Garrett was the only player besides Tretter to miss practice.

“He tweaked a hamstring but he should be fine,” Stefanski said. “Disappointed because you want to see the big guy out there on the grass but not overly concerned. I think we will get him back out there soon enough. He is locked and loaded. He just went through the walkthrough so he is doing really well.”

Garrett worked on the side with the athletic training staff, rode the stationary bike and watched practice. He recently signed a five-year, $125 million extension that temporarily made him the highest-paid defender in NFL history. Chargers end Joey Bosa replaced him atop the list.

Garrett’s absence not only hurts the defense, it affects rookie left tackle Jedrick Wills, the No. 10 pick. Wills played right tackle in high school and at the University of Alabama but is making the switch to the left side and is expected to start Week 1.

Without preseason games this year because of the coronavirus pandemic, all of Wills’ preparation for the season will be in practice and he would benefit from matchups with Garrett.

“He is right where we want him to be,” Stefanski said of Wills.

The Browns plan to take a gradual approach in receiver Jarvis Landry’s return from February hip surgery, but he was able to participate in some team drills in addition to the individual work. Landry made one of the catches of the day, hauling in a long pass from Baker Mayfield in 11-on-11.

“I am at a stage where I am very close,” Landry said before practice. “I am so close to being where I know I can be in order to be able to go out there and help this team.”

He hasn’t missed a game in six NFL seasons and expects to be ready for the opener.

“He looked good,” Stefanski said. “I have been able to watch him progress here over the last couple of weeks. He is doing a nice job. He is not afraid to work.”

Stefanski had been on the field with the players for the last week in walkthroughs and limited practices, but Friday was his first time running a full practice as a head coach.

“Really excited to get out there and start competing,” he said. “That is the fun part in this is finding a way to practice hard, practice smart and get a ton of work done.”

Stefanski impressed the players with how he handled the unprecedented virtual offseason, and the feeling hasn’t changed since they’ve been together in the team facility.

“He has been cool,” Landry said. “One thing that you talk to any player around the league that they want from the guy that is calling the shots is honesty, communication and trust — somebody that you can trust. I think he has earned the trust of a lot of guys, this whole team, this whole building and this whole staff. I am excited to see where we go from here.”

“Wyatt had a really good offseason,” Stefanski said. “I think he knows this and every player knows this, you are constantly working to keep that job.”

** The first-team linebackers were Mack Wilson, B.J. Goodson and Sione Takitaki, with Goodson in the middle.

** Olivier Vernon moved from left end to right end in Garrett’s absence, and Chad Thomas was the starter at left end.

** Owner Jimmy Haslam wore a mask and watched practice from the middle of the fields.