Mailbag: Who’s lining up where at linebacker? Will NFL play Saturdays if college football doesn’t? What happens to season-ticket holders in strange year? 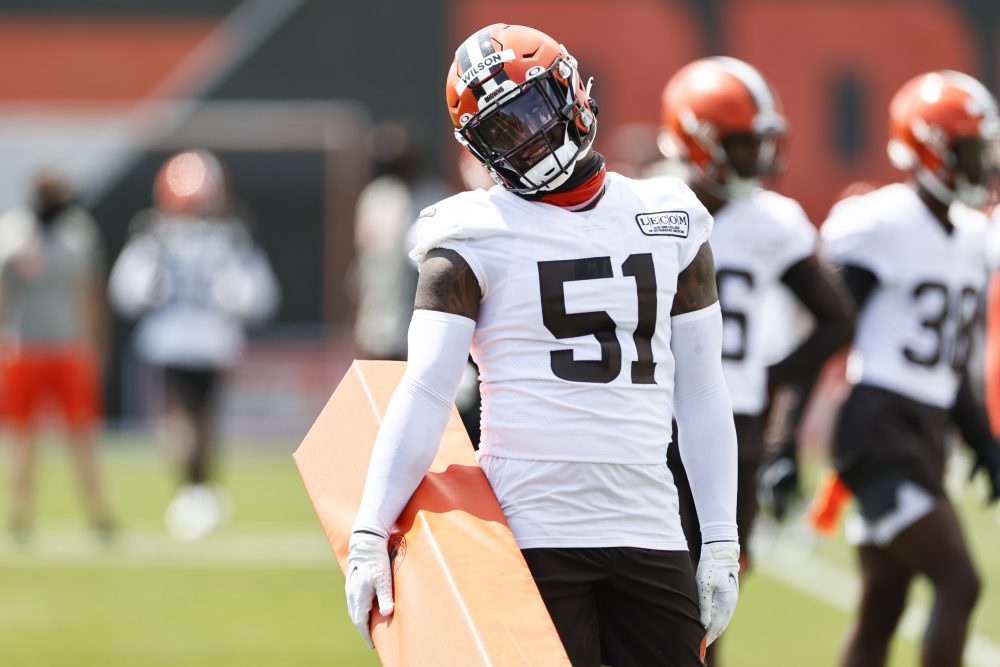 Q: Through two practices, how did the linebackers align on the depth chart? Who was the MLB backup? I’m identifying the sleeper starter as Willie Harvey at MLB, meaning three second-year players will be the nominal starters.

A: Even Mack Wilson — the surest bet to start at the position — admitted he doesn’t know what role he’ll end up playing, so it’s certainly premature to lock in a depth chart for the unsettled group. But it is worth noting where the coaches put the linebackers to start training camp. And it’s what you’d expect.

The starters were Wilson on the weak side, B.J. Goodson in the middle and Sione Takitaki on the strong side. The second-team lineup was rookie Jacob Phillips in the middle and Tae Davis and Meander on the outside. Reporters haven’t had the best vantage point, as most of the action has been on the far field, so it’s been a challenge to nail down everything.

But it makes sense the Browns would try Phillips in the middle. Goodson is a journeyman who hasn’t played much in passing situations, so the Browns would be happy if Phillips could bump him out of the starting spot. I think Harvey has a shot to make the team but doubt he’ll be a starter.

As for Meander, it looks like the Browns have settled on him as a linebacker after a stint at safety. But the versatility could come in handy.

Q:
It is starting to look unlikely any college football will be played this fall. If that is the case, can you envision the NFL moving a few matchups to Saturday to give us fans some games to fill out the weekend and grab the extra advertising dollars that would be available?

A: Without a doubt.

Of course, it’s too early to say if there will be any college football, or how much college football, but the NFL would certainly try to take advantage of the Saturday openings if they’re available. The broadcast partners would also be desperate to replace the college football programming and ratings and jump at the chance for NFL games.

My thought is the NFL could wait until the NBA, NHL and MLB playoffs were over before dominating more days, but that could be naïve on my part.

Q: Why not sign Larry Warford? He played every blocking scheme, including zone, is a three-time Pro Bowler and great veteran. It gives young guys time to develop and great vets to learn from across the O-line until they’re ready.

A: I see why you’d connect the dots and I’m sure the Browns thought long and hard about Warford after the Saints cut him in May. But ESPN’s Adam Schefter reported a couple of weeks ago that Warford decided not to play this season due to coronavirus concerns. I believe he could change his mind because he’s a free agent, not on a roster and didn’t officially opt out but haven’t seen any indication he will.

The Browns apparently want competition — or a replacement — for presumptive starting right guard Wyatt Teller. If they were completely comfortable with Teller, they wouldn’t have had veteran Ronald Leary in for a visit last week. Warford is a better player than Leary but may not be the perfect fit for coach Kevin Stefanski’s wide zone scheme.

Q: What happens to season-ticket holders if they can’t attend games?

A: Whether no fans or a limited number are allowed into FirstEnergy Stadium this year, season-ticket holders have the option of getting a refund or rolling their payment to the 2021 season. Even if some fans are permitted by the governor’s office — the Browns have proposed around 14,000 — season-ticket holders won’t be guaranteed their seats or tickets to a certain number of games.

For those fans who have been season-ticket holders for decades, this will be a huge adjustment. Let’s hope it’s only for one season.

Haslams hopeful season can be completed and some fans can attend games, urge everyone to do their part by wearing masks

Q: Two more down-the-roster questions for you. Is George Obinna still a defensive end or now a strongside linebacker? Is Chris Hubbard a backup to Jedrick Wills at left tackle or Teller at right guard?

A: I love the depth of your interest.

Obinna’s work has been at end, and I have noticed him in pass-rushing drills. He’s all muscle at 6-foot-2, 245 pounds and looks like an intriguing rush option.

I’ve seen Hubbard as the second-team left tackle and second-team right tackle. I’m assuming he’ll see time at all five line spots, then either settle in as the ultimate backup or the top swing tackle.

Mailbag: Why aren’t the Haslams using all the salary cap space? Can players opt back in? Is it time to worry about guard?
Mailbag: How’s Baker Mayfield looking in camp? What about Jedrick Wills? What’s the plan at linebacker?