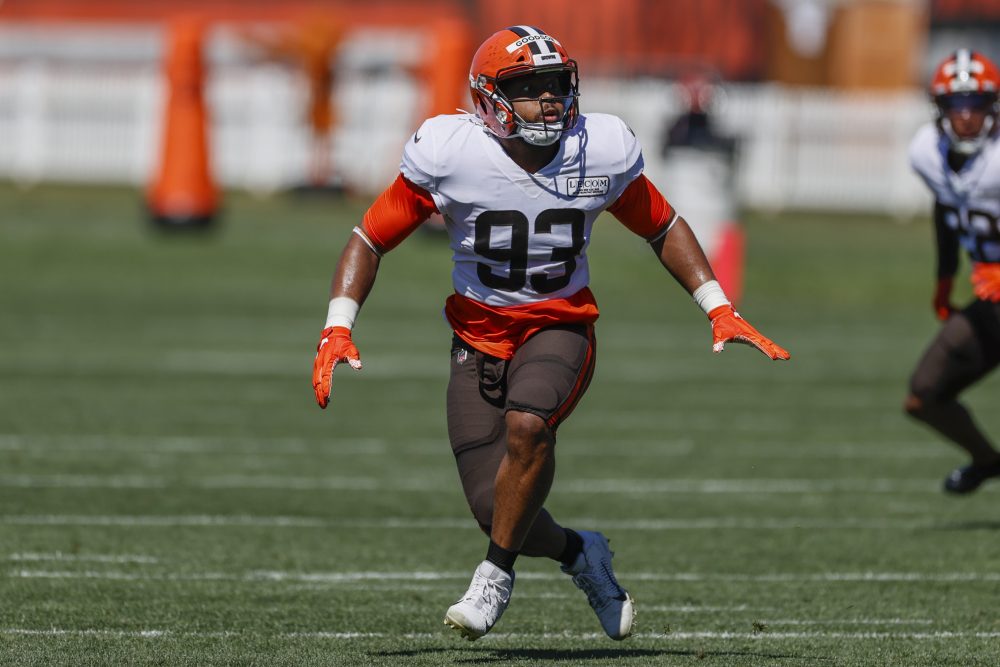 Starting weakside linebacker Mack Wilson could miss extended time with a hyperextended left knee, an injury he sustained one day after he gave running back Nick Chubb a concussion with a high tackle in the first full-padded practice of training camp.

While Stefanski would not speculate on whether Wilson, who started 14 games as a rookie last season, needs surgery, it’s safe to assume he will miss several weeks and potentially the season opener at Baltimore on Sept. 13.

Wilson posted a message to his fans on Twitter, telling them he will “be back and better with an even bigger chip on my shoulder I promise you.”

Wilson’s loss for any period of time will put added stress on Cleveland’s linebackers, a group already lacking experience and depth and a group already under the microscope.

Tae Davis slid into Wilson’s spot for most of Wednesday’s workout, which was again dominated by Cleveland’s defense, with Willie Harvey getting a few reps. Rookie Jacob Phillips, a third-round pick from national champion LSU, is also in the mix.

Stefanski said the injury to Wilson gives those linebackers listed lower on the depth chart a chance to show what they can do.

“I go right down the roster and just kind of tell you the next man up,” Stefanski said. “Like we talked about this group before, I think there is a lot of good youth out there and I think there are some really athletic players, and we are excited about those guys.

“Do not feel good about the injury to Mack and feel for him, but at the same time, that is what happens in this game, and it opens up opportunities for others.”

The Browns signed B.J. Goodson as a free agent this offseason to help offset the losses of Joe Schobert and Christian Kirksey. Goodson, who spent three seasons with the New York Giants and one with Green Bay, spoke to Wilson and said he’s in good spirits.

“It’s definitely disheartening to see a teammate and, for me, a brother to go down like that,” Goodson said. “But hopefully we get him back soon.”

Even before Wilson got hurt, there was concern the linebackers would be a major weakness on a team looking to bounce back from a 6-10 season. Wilson said last week that he and his teammates were motivated by the slight and were out to prove people wrong.

“I make sure that I remind those guys what these people think of us,” he said. “Everybody gonna find out.”

Goodson seemed to take Wilson’s injury personally. During the two-hour practice, No. 93 was flying all over the field and leading the celebrations whenever the defense made a stop.

The linebackers may be under fire, but the 27-year-old Goodson said he’s ignoring any external criticism.

“Me personally, I do not pay attention to the rest of the world so the noise, I do not really hear it and I stay away from it,” he said.