Mailbag: How’s Baker Mayfield looking in camp? What about Jedrick Wills? What’s the plan at linebacker? 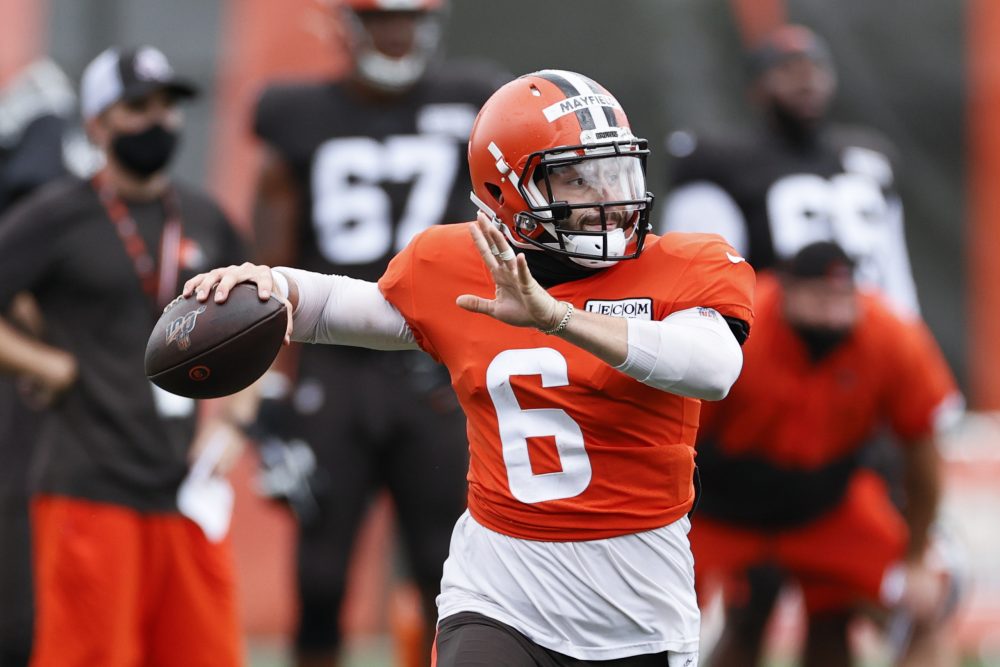 Q: Why no respect for the local media, putting the writers in the cheap seats? Also hearing different reviews on Baker Mayfield. Your thoughts?

A: We’ve all had to make adjustments and sacrifices during the pandemic, and the sometimes poor view at training camp is one for reporters. We are limited to two areas on the field — in a normal year, we can go just about anywhere at any time — and if the Browns are on Field No. 1 it’s difficult to see. When they’re on the other two fields, it’s not bad. Of course, the reason for the restrictions is to keep the players safe — the media aren’t tested for the virus.

As for the question I’m sure interests more fans, Mayfield has been up and down through the first week-plus of camp. He has been high and wide on some throws, left the pocket early and looked frustrated at times. He’s also been without running back Nick Chubb and receivers Odell Beckham Jr. and Jarvis Landry at times and is still learning coach Kevin Stefanski’s system, so those circumstances can’t be ignored. Stefanski also noted Saturday that he’s putting the quarterbacks in difficult spots to prepare them for the regular season.

If Mayfield played during the season like he has, it wouldn’t be good enough. But he still has time to get more comfortable with the offense and get in a groove. I also must mention that he looks in much better shape and is moving well.

Q:
The obvious question: How has Jedrick Wills looked at LT?

A: Like a talented rookie trying to transition from a life spent playing right tackle.

I think Wills will be a really good player, but I have doubts he’ll be comfortable by Week 1 against the Ravens. He’s struggled at times during camp, whether it’s in team or one-on-one drills, as he learns the footwork and technique required to play left tackle. The lack of offseason practices and a preseason schedule hurt his development.

Defensive end Myles Garrett talked last week about making sure Wills doesn’t get discouraged when he gets beat, so the coaches must help him when the season starts by picking the right times to protect him with a tight end.

Q: They can just change a scheduled non-padded practice to padded now, so it’s not a real loss, correct?

A: You’re referring to the practice shortened to a 50-minute light workout Sunday after several players, coaches and staff had positive test results for COVID-19 that were later confirmed to be false positives.

You’re correct that a team can have up to 14 padded practices in camp, so Stefanski should be able to alter the schedule to make up for the lack of a padded practice. But I don’t think the change Sunday was insignificant.

The players were out of pads Thursday, had Friday off and were out of pads Saturday. So Sunday was going to be an intense practice with the first tackling of camp. This could be bumped to Monday, but the players are scheduled for another day off Wednesday, so it will be tougher to build momentum. Plus, the clock is ticking toward the opener in Baltimore on Sept. 13.

Q: I enjoy the videos you post from training camp, it’s especially nice to see the team drilling fundamentals. The videos I caught are individual drills so I might be reading way too much into this, but they all show Myles Garrett lined up at left defensive end. Are the Browns considering moving Garrett around the field a bit more this season?

A: That’s an astute observation.

Stefanski and Garrett have talked about him going against rookie Wills in practice, so I think Garrett will spend plenty of time at right end. But I was wondering the same thing after Garrett’s first work in team drills after a hamstring injury was exclusively at left end Saturday.

If this continues, it would be noteworthy because Garrett, although he’s moved around the line in the past, takes pride in beating left tackles. But perhaps new coordinator Joe Woods wants to put his best pass rusher over the right tackle. And fellow end Olivier Vernon spent most of his career on the right side before being traded to the Browns last season, so maybe Woods wants to see what Garrett on the left and Vernon on the right looks like.

Q: Most of the reports I’ve seen would indicate that the defensive line is dominating the offensive line. What say you?

A: Dominating seems a bit strong.

I would say the defensive line has had more big moments, whether it’s getting to the quarterbacks or stuffing the run. But the offense, even though it’s struggled, has made its share of plays. I keep thinking about the big runs from Kareem Hunt as examples of the offensive line winning the battle in the trenches.

Taking a big-picture view, I definitely think it’s worth monitoring the progression of the O-line, especially if veteran center JC Tretter isn’t ready for the opener and fifth-round rookie Nick Harris has to start. I think Wills could still be experiencing growing pains when the season starts, so compensating for two rookies on the line would be difficult.

Q: Our LB group is one of the worst on paper. B.J. Goodson is probably our best linebacker and he was average at best for Green Bay last year? Will we sign a LB this year or do you think Mack Wilson will be back by Week 8. Either way we need LBs?

A: The linebackers continue to be the biggest concern on the roster, and there’s no getting around that.

Goodson has stood out in camp with his play, enthusiasm and leadership and seems energized by the opportunity to be an every-down player with the Browns. But that doesn’t erase his track record as someone who’s been taken off the field on passing downs.

Wilson’s knee injury was a big blow to the group, and general manager Andrew Berry is still scrambling to fill the void. It’s undecided if Wilson will need surgery or if there’s a chance he plays this season. The best-case scenario seems to be a return for the second half of the year.

Berry signed Malcolm Smith on Sunday, but he’s 31 and more of a depth addition. The Saints reportedly cut Nigel Bradham on Monday morning, so he’s a name to watch. He’s started every game he’s played for the last six years and would be a serious contender to start right away.

A: That’s really difficult to say at this point in camp. And it’s interesting that there’s been little clarity at one of the more contested position battles. Hunt will be a factor in the slot during the season, but we’ll leave him out of this discussion.

I would say KhaDarel Hodge and rookie sixth-rounder Donovan Peoples-Jones have been the most impressive as they try to overtake Rashard Higgins for the No. 3 wideout role, while Taywan Taylor and JoJo Natson have flashed with their quickness. Damion Ratley has been a non-factor with a groin injury.

It’s too early to make this prediction, but I’d say Hodge, Peoples-Jones and Natson make the roster. Higgins is likely to stick, as well, but I’m not as confident in that as others are.

Q: How do you feel about the run defense? Which vets are most at risk of getting cut? Chad Thomas? Sheldrick Redwine?

A: I’m confident in the front four but have questions about the back seven when it comes to stopping the run. Goodson should help vs. the run — his issue is coverage — but Sione Takitaki and Jacob Phillips are unknown commodities at linebacker. And cornerback Greedy Williams and rookie safety Grant Delpit left LSU with questions about their tackling. I won’t believe the run defense has improved until I see it during the season.

As for your second question, Thomas is definitely vulnerable. He replaced Garrett with the starters at the beginning of camp but was quickly replaced by Porter Gustin. I think Redwine’s a lock to make the team, but am not so sure about Higgins. I also wouldn’t rule out a move with tight end David Njoku, despite the team’s insistence he’s a big part of their plans.

Q: I haven’t seen anything about punt or kick returns. Do the Browns practice those, and who are the favorites to return punts/kicks?

A: Yes, they practice them. But without tackling, it’s tough to get a great gauge. That’s one area where the lack of a preseason will really hurt the evaluations.

Natson and Peoples-Jones are the leading candidates, and both look smooth catching punts. Running backs Dontrell Hilliard and D’Ernest Johnson are also in the mix. I’d give the early edge to Natson because of his experience in the league.

Mailbag: Who’s lining up where at linebacker? Will NFL play Saturdays if college football doesn’t? What happens to season-ticket holders in strange year?
Mailbag: How’s Jedrick Wills doing as a run blocker? Should Jack Conklin and Wills switch spots? How’s the depth at linebacker and in the secondary?