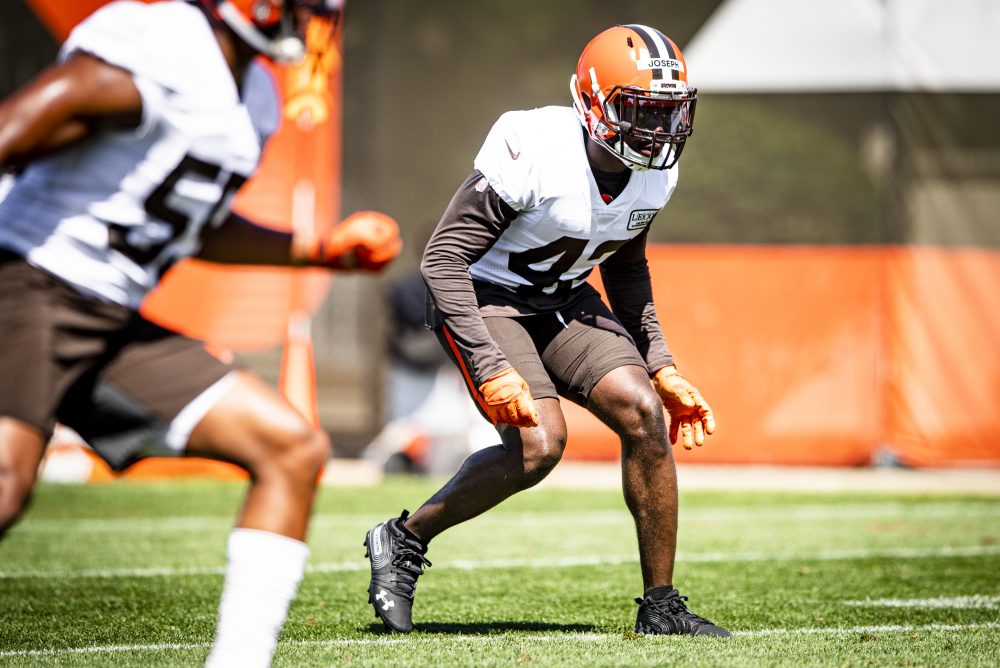 NEWS OF THE DAY: The team announced rookie safety Grant Delpit, the No. 44 pick in April, will have surgery to repair a ruptured right Achilles tendon suffered Monday in practice. He won’t play this season.

CAMPER OF THE DAY: Karl Joseph will be counted on to lead the way at safety after Delpit’s injury and set a strong tone with two interceptions. He picked Baker Mayfield on a pass over the middle that went off Jarvis Landry’s outstretched hand, and got Case Keenum’s desperation toss into the end zone on the final play of a two-minute drill.

PLAY OF THE DAY: The offense failed to impress during the padded practice, but at least it finished with a flourish. On the first play of the second two-minute drill — the first-team offense couldn’t reach field goal range on its first try vs. the second-team defense — Mayfield found receiver Rashard Higgins for a 25-yard touchdown on a post route. The offense had 29 seconds, needed a touchdown and didn’t waste any time.

QUOTE OF THE DAY: “Uhh … you just throw for 600 yards each game and rush for 200 and I think everybody will be happy.” — Receiver Odell Beckham Jr. on keeping all the team’s playmakers happy.

What if that doesn’t happen?

“Just win. Nothing really matters when you win,” Beckham replied.