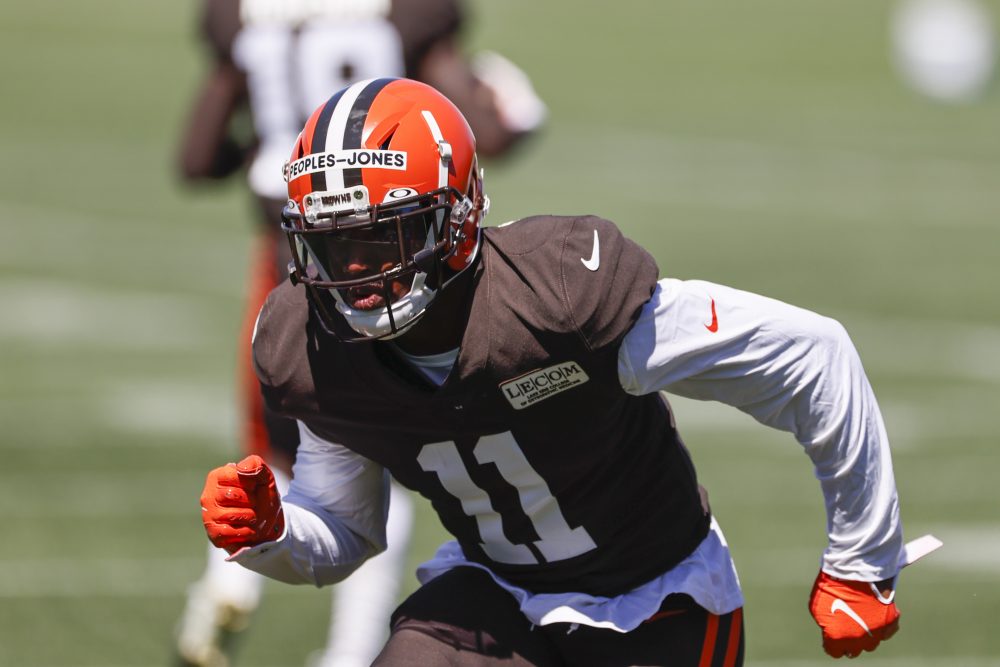 NEWS OF THE DAY: The players decided to cut practice to an hour instead of two so they could spend the rest of the time discussing ways they can effect change in the community as they continue to fight for social justice.

ROSTER MOVES: Center Jon Toth was signed, as the Browns continue to look for depth at the position with Tretter recovering from knee surgery.


Rookie defensive end Curtis Weaver (foot) was placed on injured reserve. He was claimed Tuesday when the Dolphins tried to sneak him through waivers.

PLAY OF THE DAY: Defensive end Myles Garrett probably would’ve sacked Baker Mayfield in a game. But the play continued … and got even better for the defense.

Mayfield stepped up in the pocket and threw, but defensive tackle Eli Ankou tipped the pass and linebacker Sione Takitaki corralled the interception and headed toward the end zone behind blockers.

PLAY OF THE DAY II: Rookie receiver Donovan Peoples-Jones continues to make plays in his quest to make the roster. He got behind cornerback Robert Jackson, and backup quarterback Case Keenum hit him in stride for about a 65-yard touchdown.

Peoples-Jones left practice early with a member of the athletic training staff, but a source said he’s fine.

QUOTE OF THE DAY: “I thought it was better late than never. That was a long time coming. If we are really about what we are saying and what we are trying to spread awareness about, then we have to be about it. Those guys chose to make a stand.” — Garrett on NBA players choosing not to play three playoff games Wednesday night.