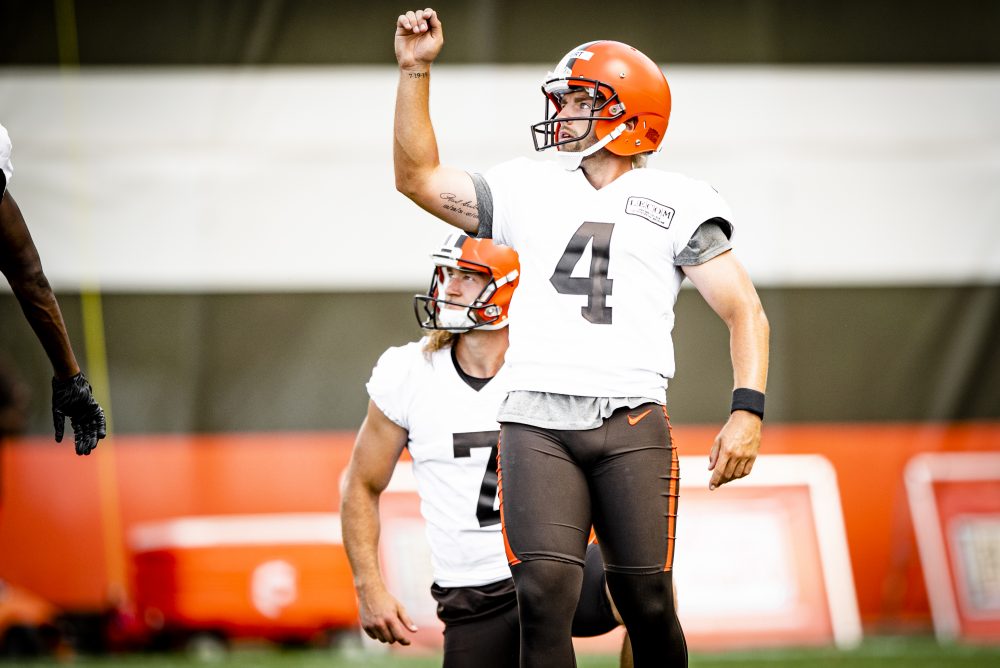 LOCATION CHANGE: The Browns will practice at FirstEnergy Stadium on Sunday and again Friday. Sunday’s session will be a normal practice with a competitive move-the-ball period added. The session Friday will be a dress rehearsal for the season.

Coach Kevin Stefanski noted he and many of the players haven’t spent much time at the stadium and need to get used to the surroundings, especially without preseason games.

NEWS OF THE DAY: Stefanski reaffirmed rookie left tackle Jedrick Wills will be the starter Week 1 in Baltimore and nothing will change the plan. Wills’ transition from right tackle has been bumpy without offseason practices.

CAMPER OF THE DAY: Without competition on the roster, kicker Austin Seibert has received much less attention than in his rookie camp a year ago. But Seibert has been solid in the field goal drills and continued that Saturday with an 8-for-8 performance to end practice. He did get a fortunate ricochet when one attempt glanced off the left upright.

PLAY OF THE DAY: The non-padded practice was the last one open to the media in Berea and didn’t feature much action. Receiver Jarvis Landry caught a pass deep over the middle after a defender flashed in front and almost intercepted it, and cornerback Terrance Mitchell broke up a deep pass along the sideline to Odell Beckham Jr. Both throws came from Baker Mayfield.

QUOTE OF THE DAY: “The initiative that the three sports teams have done, I think it is awesome that they are teaming up because there is power in numbers.” New linebacker Malcolm Smith on the alliance formed by the Browns, Cavaliers and Indians to fight social injustice.