Notes: Kevin Stefanski says new safety Ronnie Harrison is a scheme fit, but too early to tell if he’ll be ready Week 1 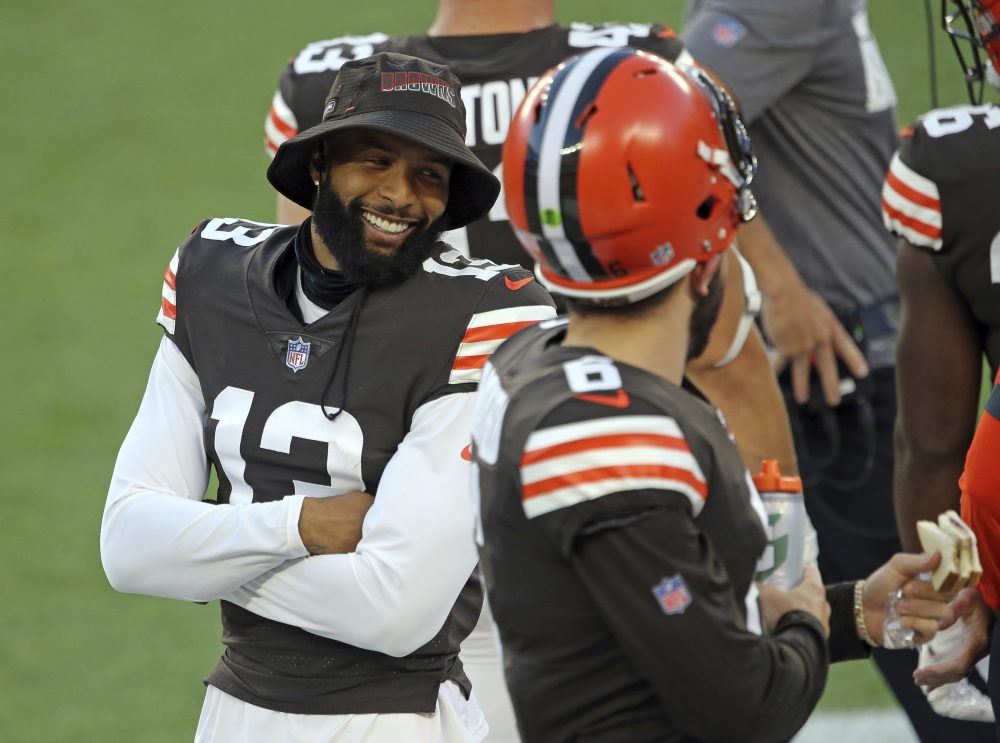 CLEVELAND — New safety Ronnie Harrison is a fit for the Browns.

And not just because he’s friends with linebacker Mack Wilson and rookie left tackle Jedrick Wills from their days together at the University of Alabama.

The Jaguars, who traded Harrison to Cleveland on Thursday, and the Browns run a lot of the Cover-3 defense the Seahawks have specialized in for years.

“There is a schematic fit with Ronnie,” coach Kevin Stefanski said Friday night after practice at FirstEnergy Stadium. “Just like the makeup of him, and we just were excited to add a player that we think will help us.”

The trade for Harrison also made sense after rookie Grant Delpit was lost for the season with a ruptured Achilles tendon. The Browns sent Jacksonville a fifth-round pick in the 2021 draft for Harrison, who started 22 games at strong safety in two years with the Jaguars.

Stefanski said it was “way too early” to say if Harrison will be ready to face the Ravens in the opener Sept. 13 in Baltimore. Harrison must pass multiple COVID-19 tests before he’s allowed in the team facility, but is expected to be on the field when practice resumes Monday.

Harrison believes he can get up to speed fast enough to play Week 1.

“It’s definitely doable,” he said on 850 ESPN Cleveland. “We still have a week.

“I’m a pretty smart guy and I’ve been in the league a few years now. They run the same type of stuff that we used to do in Jacksonville, so I don’t think that it will be so much the scheme, just really the terminology I need to learn.”

Harrison (6-foot-3, 214 pounds) was a third-round pick in 2018. He started eight of 14 games played as a rookie and 14 of 14 last year. He has three interceptions, 12 passes defensed, three sacks, a fumble recovery and 103 tackles in his career. He finished second on the Jaguars last year with 70 tackles and nine passes defensed, adding two sacks, two interceptions and the fumble recovery.

“I’m just bringing that savage mentality,” he said. “The same thing I’ve seen at Alabama I’m bringing that back. Just that mentality is that every play having that defense turnt up. Being that leader out there. Talking and keeping guys encouraged.”

Predicting the roster: The crowded receivers room should provide the drama

“Definitely defensive line-friendly, a defense you want to be in,” Richardson said. “Speaking from a defensive lineman, got a lot of freedom to make plays. For the (most) part, just being in the right place at the right time and you’ll get all the production you need.”

Richardson was looking for stability when he signed a three-year, $37 million contract with the Browns in March 2019. The Browns were his fourth team in four years, so he’s glad to be in the same place for a second season and thinks it will translate to his performance.

“Definitely do. I believe so,” he said. “It’s been awhile for me having my second year on the same team. I just embraced it. I’m not running from any work, been keeping my mind focused, been keeping the guys focused.”

Stefanski has taken his foot off the accelerator the last few days in practice. The players were out of pads Wednesday and Thursday, which was a short session, and Friday night was basically a walkthrough.

He has a reason.

“You have to be so mindful of getting ready for the regular season, and we also have to think about we have a Thursday night game right after Sunday,” he said, referring to the Week 2 home matchup with the Bengals on Sept. 17. “We have two games in five days there. As we put this plan together, we wanted to make sure that we would have a very crisp football team Week 1.”

The trip to the stadium was to get the players and coaches acclimated to the gameday experience. The players went through pregame warm-ups, went back in the locker room and the starting defense was announced over the public-address system.

The only competitive periods were two-minute drills featuring the backups.

A small number of fans — a few hundred — were allowed to attend, and Stefanski thanked them and said how much he missed fans at training camp.

Stefanski radioed the scripted plays into the quarterbacks, something coordinator Alex Van Pelt did during practices in Berea.

Stefanski still wasn’t ready to say if he or Van Pelt will call the plays when the season starts.

“We will announce that later,” he said. “I promise you, you will know before the game.”

Center JC Tretter made his first appearance since having knee surgery Aug. 13. He watched practice from the sideline with a sleeve on his right knee.

Stefanski said the decision would be made next week whether Tretter can start against the Ravens.

** Linebacker Mack Wilson (knee), who’s been out since Aug. 18, watched with a brace on the knee. He’s expected to be out another three-to-five weeks.

Stefanski had a message for his team after the final camp practice before roster cuts Saturday.

“Pulled the team together there at the end and just told them how much I appreciate how much that group works,” he said.

** Undrafted rookie tackle Brady Aiello (6-6, 307 pounds) was signed. He was originally signed by the Vikings after the draft, then was waived Aug. 15.

** Richardson beat offensive lineman Jon Toth in a punt catching competition. Toth fell on his face trying to catch his attempt, and Richardson looked smooth before juggling and hanging on to his try.

Notes: Safety Ronnie Harrison acquired in trade with Jaguars for 5th-round pick
Notes: Ronnie Harrison excited to be with Browns and focused on winning after trade from Jaguars