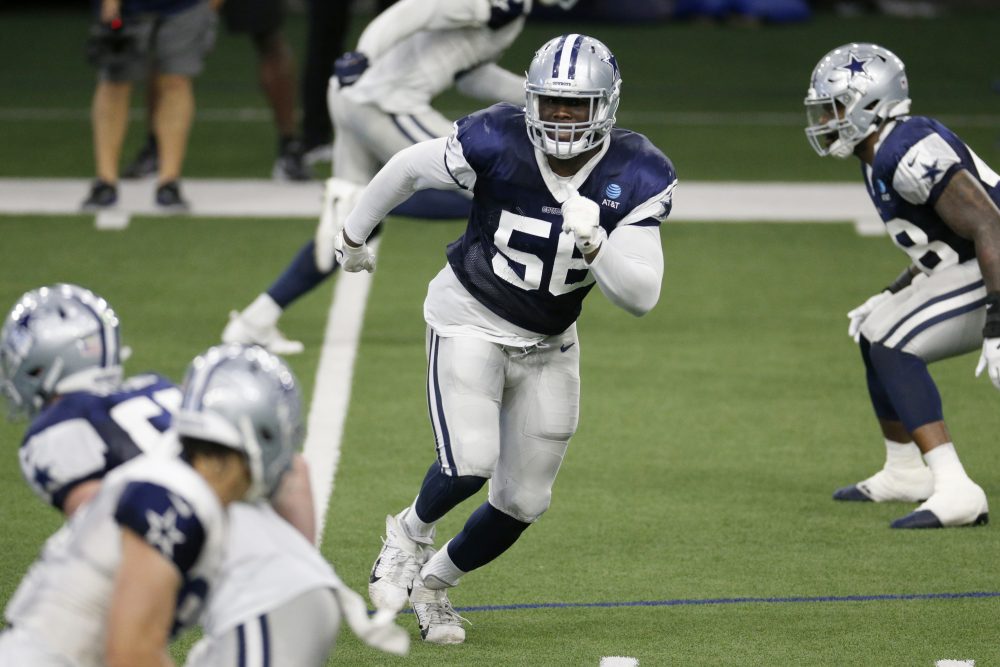 BEREA — The post-cutdown tinkering of the roster began on the defensive line.

The Browns claimed defensive end Joe Jackson and defensive tackle Vincent Taylor off waivers Sunday, a day after cutting the roster to the regular-season limit of 53.

Jackson was waived by the Cowboys on Saturday and Taylor by the Bills.

Stephen Carlson, in his second year out of Princeton, beat out Brown, who went to Brush High School, for the fourth tight end spot.

The Browns also signed 14 players to the expanded 16-man practice squad, 13 of whom they cut Saturday.

The 14th is kicker Cody Parkey, who was with the team in 2016. With the possibility of players being sidelined on short notice because of COVID-19, having a kicker on the practice squad serves as insurance.

The two open spots could be reserved for Brown and Ankou if they clear waivers.

Joe Jackson (6-foot-4, 278 pounds) was a fifth-round pick of the Cowboys in 2018 and played five games as a rookie with four tackles and a pass breakup. He went to the University of Miami.

Taylor (6-3, 304) was a sixth-round pick out of Oklahoma State in 2017. He spent two years with the Dolphins and last year with the Bills, with whom he had six tackles in three games. In 24 career games he has 51 tackles, two sacks and three blocked field goals.

The Browns wanted to stock the practice squad with players who had gone through their training camp.

“It is a huge benefit,” Stefanski said. “We are lucky to have expanded practice squad rosters to start with and then we have a lot of guys who have been working extremely hard that unfortunately did not make the 53, but we are counting on them to help us prepare and then help us stand at the ready should we need them.

“It always is helpful when guys have an understanding of what we are doing on offense, defense and special teams.”

Before Parkey was announced as being on the practice squad, Stefanski was asked about the benefit of having an extra kicker at his disposal during the pandemic.

The Browns had a short practice Sunday, and safety Ronnie Harrison participated. He was acquired in a trade with the Jaguars on Thursday.

“I did talk to him,” Stefanski said. “I will tell you, over the course of the next few days our defensive staff is going to spend a lot of time with Ronnie and see where he is and what he is comfortable with, but he is a smart young man.”

** The offensive and defensive lines were given a break and didn’t practice, instead working in the weight room.

“Just want to take care of the big guys,” Stefanski said. “They have been grinding. They have been working very hard, and I appreciate that. We have not gone easy on those big men.”

** Receiver Damion Ratley was claimed by the Giants after being cut by the Browns on Saturday.

** Offensive lineman Alex Taylor reverted to the season-ending injured reserve after he was waived with an undisclosed injury.