Jim Ingraham: Browns’ return to glory begins with the return to their classic uniforms 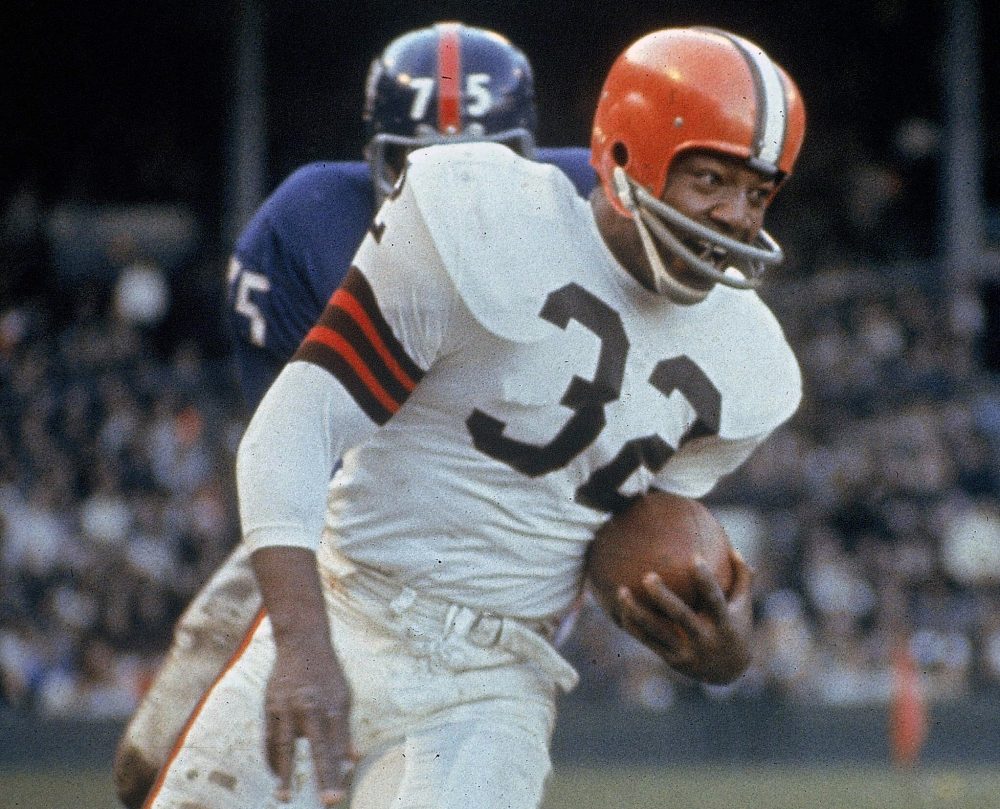 To these eyes, the best part about the Browns’ season-opening game Sunday in Baltimore has nothing to do with either team, but everything to do with one of the teams’ uniforms.

I’m no football fashionista, but I do know the ethereal value of a handsomely dressed football team, and in the Browns’ glory years from the mid-1940s through the 1960s, no team in the NFL nailed the uniform vibe better than the exquisitely attired Cleveland Browns.

In those days, if you lived in Cleveland, when THOSE Browns took the field wearing THOSE uniforms — orange helmets, brown or white jerseys, white pants — your food tasted better, your worries seemed fewer and the world seemed safer.

As the Browns lumbered out of the baseball dugout onto the gridiron at drafty, greasy, filthy, friendly, noisy, nasty, enormous Cleveland Stadium for the start of another electrifying home game, the sight of the uniforms alone made you smile.

But, of course, the icing on the cake was that one of the Browns wearing one of those sensational uniforms was James Nathaniel Brown. He was “Jimmy Brown” to some, but to us kids he was simply “Jim Brown.” Two words. Two syllables. Two punches in the nose. Too bad for the opposing team.

But Jim Bleeping Brown, the greatest player in NFL history then and still, played in Cleveland. That meant everything to us kids. Superman was on our side. And, oh, by the way, check out No. 32’s sweet uniform.

What else is there?

This will be the long-awaited regular-season debut of the Browns’ return-to-our-roots uniforms. The Ravens will be outfitted in some sort of purple and black costumes, which might look good in an illustrated book of Edgar Allen Poe poems, but can’t compare to the classic look the Browns will be rocking when the socking begins.

The decision by the Browns to go back to their uniform roots was long overdue.

I have no college degree in Vibe. But I firmly believe that the more the Browns tinkered with the look of these classic Browns uniforms, the more they lost the vibe of what those Browns uniforms, the greatest uniforms in NFL history, meant to those Browns teams that built the foundation of greatness that Cleveland fans enjoyed during the heyday of their great uniforms, from the mid-1940s through the 1960s.

The best thing Cleveland did when the Browns were hijacked to Baltimore was to fight for the right to keep the team’s name, records, history and colors in Cleveland.

The NFL simultaneously conceded and apologized for the magnitude of that sleazy kidnapping/smash-and-grab by readily allowing Cleveland to keep all semblance, trace and remnants of the stolen team, with the exception of, um, the team itself.

I’m not saying that failing to wear those classic Browns uniforms was responsible for how the Browns have played since returning to the NFL, but have you seen how the Browns have played since they returned to the NFL? Never tinker with perfection, but Browns officials did. In recent years, the team’s vice presidents of fashion couldn’t even get the SHADE of orange right.

Sunday in Baltimore, the right team will wear the right uniforms, and the other team will be the Ravens.

The real Cleveland Browns will be wearing the best uniforms in NFL history, while the fake Browns — the team that got shanghaied to Baltimore — will be wearing some sort of uniform dominated by purple and black and boring.

In recent years, especially when the Browns wore those clownish color-rush uniforms, they were unwatchable for two reasons: the team was bad and the uniforms were worse.

Sunday in Baltimore, all is forgiven. The goal for the snappily attired Browns in their season opener will be to play a game their uniforms can be proud of.

Predicting the roster: The crowded receivers room should provide the drama
Browns-Ravens Preview: 3 things to watch, 3 key numbers, the prediction