Notes: Sheldon Richardson says it’s like Lamar Jackson “is playing ‘Madden’ out there” 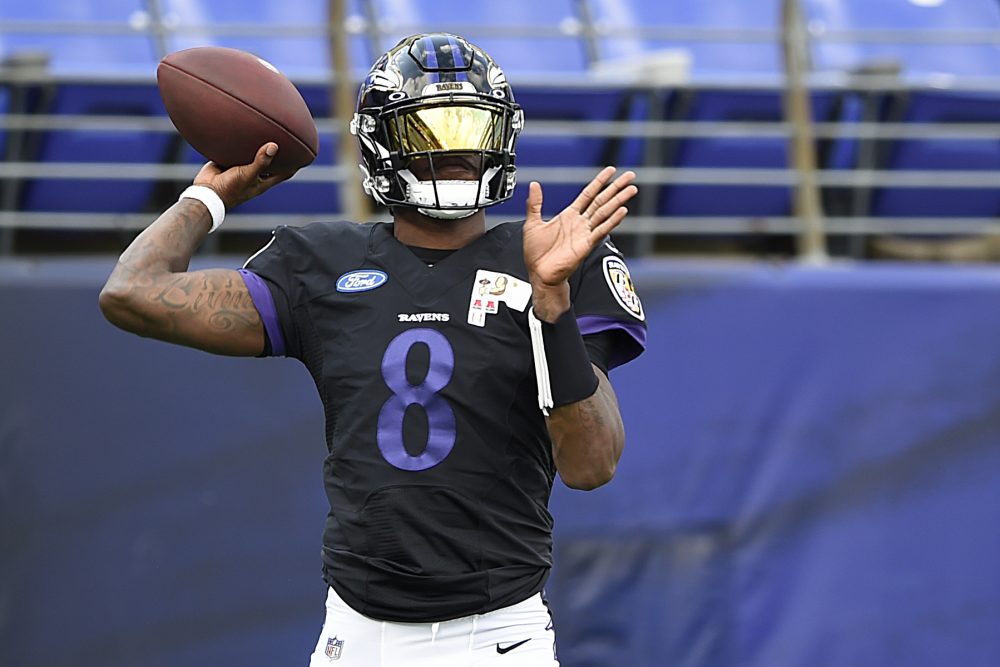 “It is like he is playing Madden out there, honestly,” he said Thursday.

Richardson is in awe of Jackson’s talent and style but doesn’t expect him to be winging the ball around M&T Bank Stadium on Sunday in the opener.

“I do not think he turned into Aaron Rodgers no time soon,” Richardson said. “Honestly, he is going to stick to what they do best, and that is running the football.”

Jackson was the NFL MVP last year in his second season, leading the Ravens to a 14-2 record and AFC North title. He completed 66.1 percent for 3,127 yards, 36 touchdowns, six interceptions and a 113.3 passer rating. He also rushed 176 times for an NFL quarterback-record 1,206 yards and seven touchdowns.

“He’s our leader. He definitely has the keys to the car, and we like that. So we’re really excited about Lamar.”

The Browns will face Jackson without any preseason games and with lots of questions at linebacker, where veterans Joe Schobert and Christian Kirksey departed and Mack Wilson is sidelined by a knee injury. Journeyman middle linebacker B.J. Goodson is expected to be joined in the starting lineup by Sione Takitaki, who started one game as a rookie last year, and rookie third-round pick Jacob Phillips.

“He is dynamic. He can run it and he can throw it,” first-year coach Kevin Stefanski said of Jackson. “They have designed runs for him, and then he can take off on a pass play. He can hurt you with his arm. He is accurate as a passer.

Stefanski named speed as Jackson’s most dangerous asset, adding it was hard to choose. Richardson went with feet.

“Savvy in the pocket. Knows how to manipulate the rush to his advantage,” Richardson said. “When an offensive lineman does break down, he knows how to read, get in and does not escape in one spot. He escapes anywhere he wants to because of his speed.”

Cornerback Greedy Williams hasn’t practiced since Aug. 24 with a shoulder injury, so Terrance Mitchell is in line to start vs. the Ravens. He has 22 starts in six seasons, including four last year.

“He is really kind of like a crafty veteran — very high football IQ, a very instinctive player,” coordinator Joe Woods said. “I feel very comfortable with the guys we have and playing on Sunday.”

The Browns will also be without nickelback Kevin Johnson, who hasn’t practiced since his liver was lacerated Aug. 19. M.J. Stewart Jr. was limited the last two days after missing two weeks with a strained hamstring and could take Johnson’s place in the slot. If he’s not ready, Tavierre Thomas would take over.

The secondary underwent another big change when rookie safety Grant Delpit was lost for the season with a ruptured Achilles tendon. Ronnie Harrison was acquired in a trade Sept. 3 and is trying to get up to speed.

“We are going to keep evaluating him throughout the next couple of days and try to fit him in where we can,” Woods said.

Center JC Tretter remains on track to play Sunday after arthroscopic knee surgery Aug. 13. He returned to practice Monday and has been limited, as expected, but Stefanski liked what he saw Wednesday.

Tretter hasn’t missed a snap in his three years with the Browns. Left guard Joel Bitonio has played every snap for four straight seasons and takes comfort in having Tretter next to him again.

“He has been out there ready to go,” Bitonio said. “We have played next to each other a bunch, so it is a confidence-booster for me just to have a familiar face out there.”

David Njoku, the No. 29 pick in 2017, was listed as the No. 3 tight end on the first unofficial depth chart behind free agent pickup Austin Hooper and rookie fourth-round pick Harrison Bryant, and coordinator Alex Van Pelt didn’t dispute the ranking.

“David was hampered by a little limitation of (a wrist) injury early on that kind of set him back, and then Harrison’s performance kind of elevated him above him at this point,” he said. “We are a team that is going to be multiple and versatile, so having three tight ends on the field is something you will see from us. We will use all of our personnel, and David will be a big part of that.”

Without preseason games, special teams coordinator Mike Priefer’s units haven’t taken one “live” repetition heading into the season. That means no tackling and no full-speed blocking.

Has that raised his anxiety level?

“A little bit,” he said. “We are playing a really good Baltimore team. They are very well-coached. They are disciplined. They play hard. That provides a lot of anxiety on top of which, obviously, we have not tackled and we did not see any live reps in any preseason games.

“Everybody, all 32 teams, are like that so obviously there will be no excuses there. We just have to go out and execute.”

Stefanski elected against having season captains, going with one for each game. He already has leadership and social justice committees.

“My message to the players is you do not need a C on your chest to be a great leader,” he said, declining to announce this week’s captain because he hadn’t told the team.

** Priefer said kicker Cody Parkey was signed to the practice squad because there wouldn’t be enough time to otherwise replace Austin Seibert if he tested positive for COVID-19 late in the week.

** Officials worked practice Wednesday and Thursday after they weren’t permitted during camp due to COVID-19 restrictions.