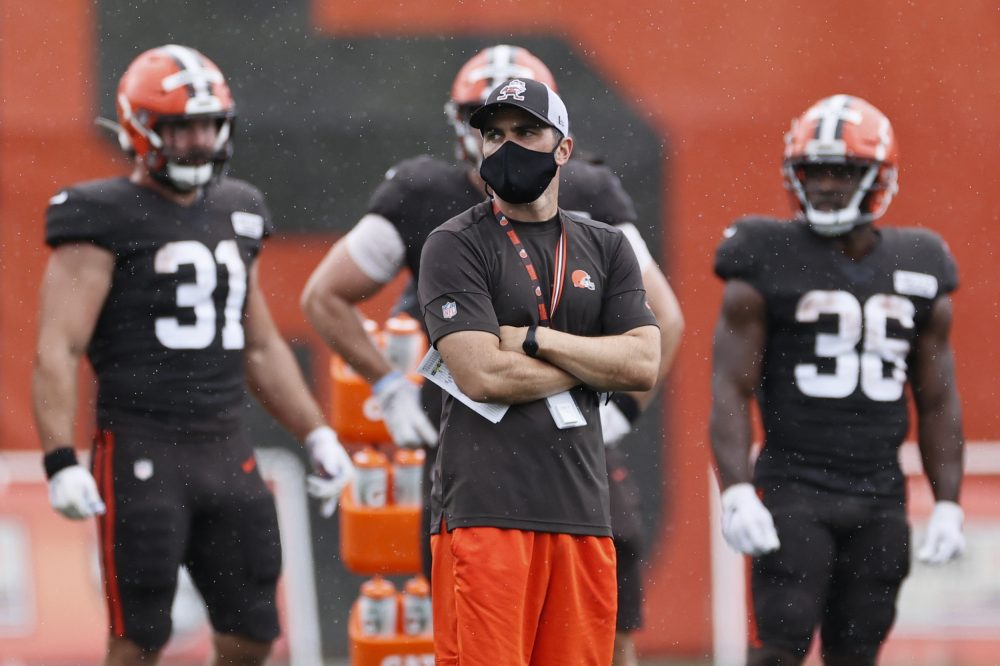 “I’m going to call the plays,” he said Friday after practice.

The season starts Sunday in Baltimore, and Stefanski had delayed announcing whether he or offensive coordinator Alex Van Pelt would call the plays during games. They believed the uncertainty gave them a competitive advantage.

“I think with any decision we spend a lot of time thinking about what’s best for the team. That’s where we land,” Stefanski said of the decision.

His original plan was to have Van Pelt call plays in the preseason before making the decision. But the preseason was canceled because of the coronavirus pandemic.

Stefanski called plays for the Vikings for the final three games in 2018 after being promoted to interim coordinator and all of last year as coordinator. The Vikings reached the second round of the playoffs and ranked 16th in total offense (353.5 yards a game) and eighth in scoring (25.4 points).

Van Pelt’s only time calling plays was in 2009 with the Bills, who ranked 30th overall and 28th in scoring (16.1). He was a backup quarterback for nine years and has mostly coached quarterbacks, including the last two seasons with the Bengals.

“I just think with everything we do I just try to be mindful of taking all the information,” Stefanski said. “I haven’t called a thousand games, but I will tell you when I’ve called it we’re very collaborative. So we have a lot of people that have a hand in this, and I’m really lucky because I’m surrounded by a bunch of really good coaches on the offensive and defensive sides. Feel good about our staff.”

Stefanski is the latest Browns coach, including first-timers, to call the plays. Pat Shurmur, Hue Jackson and Freddie Kitchens struggled to handle all the responsibilities during a game.

Run game coordinator/running backs coach Stump Mitchell has been around a lot of coaches, including Kitchens last year, and approves of Stefanski’s decision.

“I think it’s great,” Mitchell said. “No one knows exactly how a man thinks better than that guy. I’m sure he’s been waiting for the opportunity to do this. He has it. He knows how he wants to see the game played out, and I think it’s a great thing.”

Jedrick Wills, the No. 10 pick in the draft, will make his first appearance as a left tackle against the Ravens and five-time Pro Bowl defensive end Calais Campbell. Wills was a right tackle in high school and at the University of Alabama and didn’t have a preseason to prepare.

“We watched a lot of film and then we are going to scheme some things, but really it is just focusing on himself,” left guard Joel Bitonio said. “Calais is a great player and has been a great player for a long time. That was a big trade for him this offseason, but Jed is going to focus on his technique and understanding what he needs to do, and if he is confident in himself, I think that is a huge starting step.”

Stefanski said Wills will benefit from the Ravens not having fans in the stands, as he won’t have to worry about a silent snap count.

“I like what he has been doing,” defensive end Myles Garrett said. “I like how aggressive he is on run and pass and trying to get guys before they get started. I think he is ready, and I think he is more than pumped for that opportunity.”

The Browns will be without their Nos. 2 and 3 cornerbacks Sunday after Greedy Williams (shoulder) and Kevin Johnson (lacerated liver) were ruled out. Johnson hasn’t practiced since Aug. 19 and Williams Aug. 24.

Terrance Mitchell will replace Williams, and M.J. Stewart Jr. and/or Tavierre Thomas will take Johnson’s spot as nickelback. Stewart (hamstring) was officially listed as questionable after being limited in practice all week. 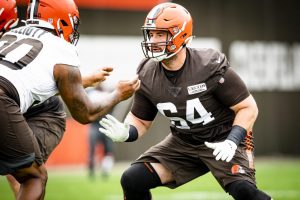 ** Center JC Tretter was listed as questionable and limited all week. He’s expected to start.

“He did a nice job, and we will just have to make a determination as we get closer to gameday,” Stefanski said

Garrett, who is part of the 11-player social justice committee, declined to reveal what the team will do before the opener to further call attention to racial injustice.

“Not going to give anybody any time to dissect it and try to make it more than it is or divisive,” he said. “What we choose to do, it will have a point. There will be a message behind it. We will use it to unify us, the NFL and the people who choose to watch.

“Whatever we do, we are going to do it together. That is what we talked about. That is it.”

With no fans permitted at M&T Bank Stadium, linebackers coach Jason Tarver will keep his ears open to see if he can pick up anything from the Ravens.

“I think you are going to hear a lot of things, some pleasant and some unpleasant, during these football games,” he said. “We are going to be listening as good as we can.”

** Defensive tackles Joey Ivie and Tanzel Smart were signed to the practice squad. Tackle Brady Aiello and running back Benny LeMay were cut.

Smart has four starts in 31 games.