Myles Garrett excited for return to field, not worried about how he’s perceived after suspension 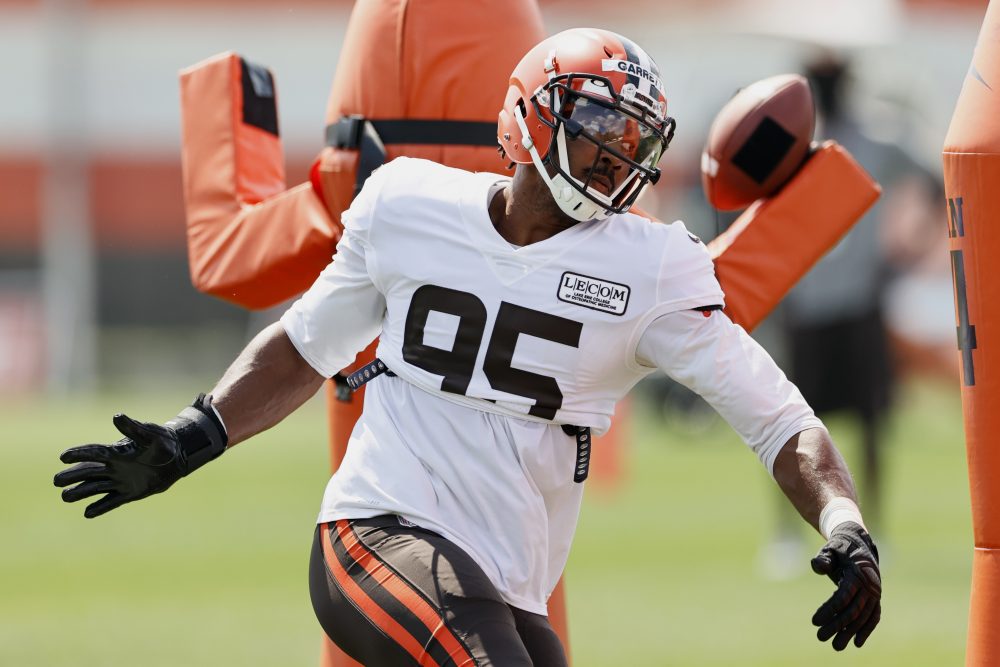 BEREA — The last time Myles Garrett played a game, he walked off the field in disgrace.

He will re-enter the arena Sunday in Baltimore after a six-game suspension to end 2019, being accused of lying when he said Steelers quarterback Mason Rudolph provoked the brawl by calling him the N-word, a reinstatement from Commissioner Roger Goodell and 10 months trying to leave the ugly incident in the past.

“Just excited. This is a brand new season for me,” Garrett said Friday. “A blessing to be out there. I feel like every guy feels like that, especially with COVID and what is going on in the world, not knowing if there would be a season in general. We are all just excited to be out there and play the game that we love.”


The video of the 6-foot-4, 272-pound defensive end ripping off Rudolph’s black and yellow helmet then hitting him on the head with it will forever be a part of Garrett’s legacy and montages depicting athletes losing control. The incident was characterized as out of character by coaches and teammates, but it changed the way the sports world perceived Garrett.

The label of dirty player will follow him, at least for a while, no matter how much work he does as captain of NFL Waterboys to provide clean water for communities in desperate need home and abroad and how hard he fights for racial justice. He said he’s not worried about the perception.

“Either they will see eventually or they will keep on hating,” Garrett said. “That is just a part of life. When you are successful, you are going to have people who drag your hate on you. They will recognize you for your game or what you do outside of it, or they just do not matter.”

Garrett insisted he’s not carrying that baggage into Baltimore.

“I think it will feel the same,” he said of his first game since being ejected Nov. 14. “Hopefully I look better than I did before. More time to train. I feel like we will all pick up where we left off.”

The Ravens might not see it the same way. They watched Garrett cross a line with Rudolph and could hold it against him.

“That is up to them,” he said. “I am not coming in thinking they are going to do that, and I am not going to change my game according to that. I am just going to play by the rules and be where I am supposed to be.”

Garrett was reluctant to discuss the altercation Friday during the Zoom call. He told Mary Kay Cabot of Cleveland.com earlier in the week it made him contemplate retirement.

“Whether it was because of their decision or my decision, it was whether this was going to continue,” he said. “I would’ve been OK. I love football. I love competing, I love my teammates, and I definitely want to win, but at the end of the day, I’m still a guy. I’m still a young man who has a lot of life to live and my life is much more than football. … I would’ve left with my head held high and I wouldn’t have looked back.”

He was asked Friday why the incident made him question the future of his career as much as it did.

Garrett, the No. 1 pick in 2017, did come back and has his usual lofty goals, including being NFL Defensive Player of the Year and helping the Browns snap their NFL-high 17-year playoff drought. The Browns showed their faith by giving him a five-year, $125 million contract extension in July that for a time was the richest in league history for a defender.

“I have had some really good conversations with Myles over the last few months. He is a mindful person, He has a lot of very strong opinions and he comes at it from a place of he is open. We have just had some really cool talks.

Garrett will have to hit the ground running given the matchup with the AFC North champion Ravens and unanimous MVP Lamar Jackson, who threw for 36 touchdowns and rushed for 1,206 yards.

“Anybody who has seen the film knows why he is so hard to defend,” Garrett said. “The man runs like a 4.3. He is elusive as anybody in the league.

“If he is having a good day throwing the ball, he is very hard to stop. We have to just make it hard on him, keep him corralled and not give him any easy targets.”

Garrett mans a pressure point when facing Jackson and has a decision to make: Rush off the edge with abandon or sit back and keep Jackson from escaping the pocket.

Garrett tried to split the difference.

“You have to aggressively contain him,” he said. “MVP. It is tough for everybody to do, but we are up for the test. To his credit, he is good at what he does. They are good at what they do. So we have to just challenge them in every spot and make it hard to open up the playbook and try and keep them one-dimensional.”