After months of uncertainty, start of season brings relief and excitement 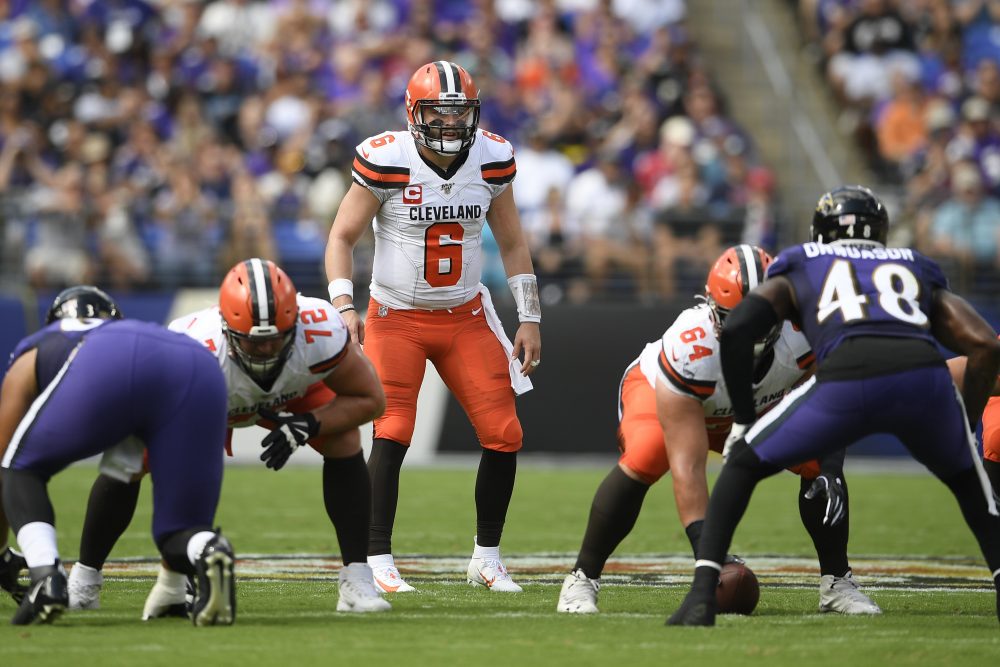 The NFL has been in business for 100 seasons.

This one wasn’t guaranteed.

The NFL closed its buildings March 25 due to the coronavirus pandemic and spent much of the next four months working entirely remotely. Browns players didn’t report to the facility until late July after strict safety guidelines and testing protocols were negotiated and enacted.

Even then doubts remained.

But six weeks later, the season is starting. The Chiefs and Texans kicked it off Thursday, and the Browns get underway Sunday in Baltimore against the AFC North champion Ravens and MVP quarterback Lamar Jackson.

It marks the head coaching debut of Kevin Stefanski, the fifth coach hired by the Haslams since they bought the team in 2012.

“I am excited about the season,” Stefanski said Friday. “We have a great group here, both players and coaching staff. We are just raring to go.

“I think we are just like the rest of the world, who was excited to watch some football last night. We are ready to play football.”

The excitement is mixed with relief and caution. Center JC Tretter, who’s the NFL Players Association president, warned during the week everyone in the league must continue to be vigilant in making safe choices to ensure the season doesn’t just begin but can continue to its conclusion with the Super Bowl.

“There were for sure doubts,” left guard Joel Bitonio said. “Just seeing other sports and how long it was taking for teams to get going, there was definitely a question of if we were going to play this season. I think it is a testament to the guys in the organization, the players, the coaches and the support staff. Everybody has taken it really seriously to try and not have positive tests.

“I know we are excited as players. This is what we do. This is what we love to do. We get to play football for a living, and this is Week 1 of it. We are really blessed to be in this situation.”

As the reality of the opener approached, the anticipation grew. The Browns went 6-10 last season after being a trendy Super Bowl pick, so the hype is exponentially lower. But the roster remains extremely talented, especially on offense, and the oddsmakers set the over/under for their win total at 8.5. If they can reach nine, they’ll be squarely in the mix to end their NFL-long 17-year playoff drought, especially with an extra wild-card spot in each conference.

“I like not having the noise around us,” running back Nick Chubb said. “They can just take it somewhere else. Let us focus on ourselves. Let us keep playing.”

The season will certainly have a different sound, and feel, to it. The Browns are permitted only 6,000 fans at the first two home games, per the state health department, and the Ravens won’t have any fans for the opener.

“It is definitely going to be awkward a little bit,” defensive tackle Sheldon Richardson said. “The fans kind of make the game what it is. It is just going to be an adjustment. Just like everything in football, throw crazy stuff at you, and you just have to be able to adjust and adapt.”

To say Stefanski’s had to deal with a lot before coaching a game is a vast understatement. He was forced to invent a virtual offseason program to install offensive and defensive systems, didn’t meet many of his players until July and led multiple and continuing discussions and planning sessions regarding the fight for social justice.

He also had to prepare for the Ravens, who went 14-2 last year, without a preseason and with a condensed training camp. And he inherits the organization’s pitiful history in openers. The Browns haven’t won one since 2004 at home vs. the Ravens, only interrupting the losing streak with a tie vs. the Steelers at home in 2018.

“It is obviously a big game,” quarterback Baker Mayfield said. “Obviously a very great opponent, but not only that, the division games, they count more when you look at the standings in the end. It is a very important game for us against a great team.”

“We want to put our best foot forward,” receiver Rashard Higgins said. “We want to show the world what we are about. Why not the first game be a win?

“Everybody is thrilled. We are fired up.”

The offense is loaded with playmakers — Chubb and Kareem Hunt at running back, Odell Beckham Jr. and Jarvis Landry at receiver, Austin Hooper at tight end — but with a new staff and no preseason, how it will look to start the season is a mystery.

The Browns catch a break by visiting M&T Bank Stadium without fans. On the field, the Ravens don’t let up.

Jackson was the unanimous MVP with his electric combination of throwing and running, the rushing attack was the best in NFL history and the defense ranked in the top six in all the major categories. And the Ravens are almost as good in openers as the Browns are bad, going 9-3 under coach John Harbaugh — he’s 20-4 vs. the Browns — while allowing a league-low 14.5 points.

“There is a reason that this team was 14-2 last year. I know they had hopes of going to the Super Bowl and fell short of that, but this is a very, very good team,” Beckham said. “The Ravens have always been a good team, in my opinion, as far as a tough, physical opponent. That is what they bring to the table.

“We definitely have a tough challenge ahead, but I think we are just all looking forward to playing football.”

Season Preview: With playmakers aplenty, it’s up to Kevin Stefanski, Baker Mayfield to get the most out of them, make sure they bring wins
Q and A with defensive end Adrian Clayborn: We talk golf, a 6-sack game, TV, his reason for charity work and a lot more