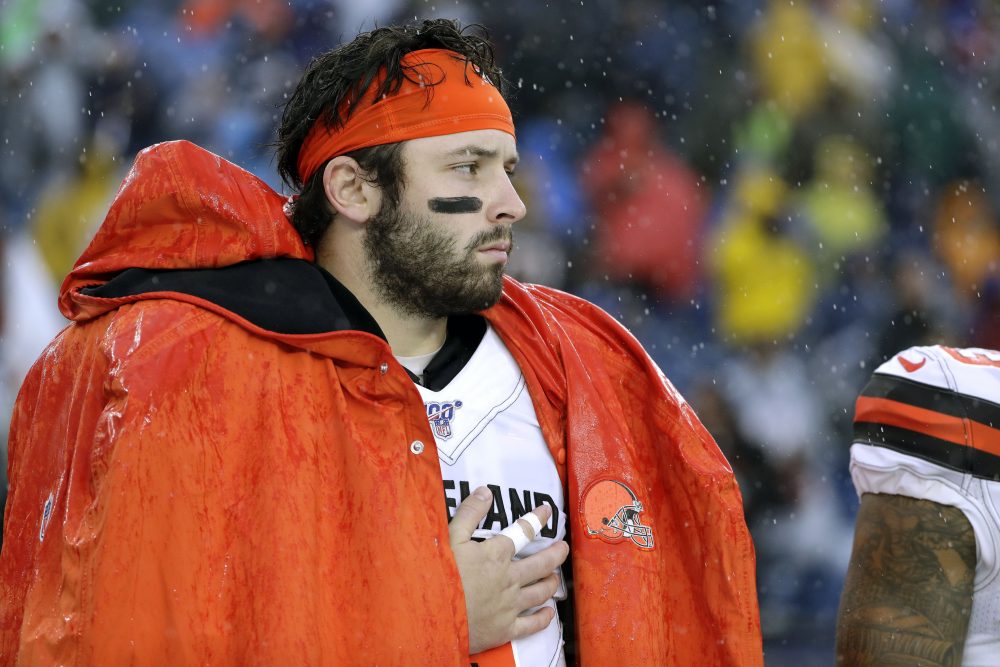 Baker Mayfield will stand during the national anthem, after all.

Mayfield proclaimed during the offseason he would kneel to protest racial injustice in America, reiterated his plan recently and said he didn’t care about the backlash he’d received.

He announced his change of plans Saturday on Twitter. The Browns open the season Sunday in Baltimore.

“After watching Thursday’s game and also watching the Dolphins player’s video.. it shows that it is not about who is standing or who is kneeling for the anthem. But instead, coming together and taking action to create real change,” he wrote. “Also after reading many letters and messages over the past few weeks… I have been showed that a gesture such as kneeling will only create more division or discussion about the gesture, rather than be a solution towards our country’s problems at hand. With that being said, I am choosing to stand for both anthems to show respect, love, and unity to everybody involved.”

“Lift Every Voice and Sing,” referred to as the black national anthem, will also be played before NFL games this week.

“I will respect all of my teammates no matter their decision,” Mayfield continued. “We have had meaningful discussions on what true change looks like, and that change takes all of us being together. My heart is even more passionate than it was months ago, due to the fact that we are not close to being where our country needs to be. I love this country, but these challenges and adversity are an opportunity for much needed change for issues that have been going on for far too long. It is going to come down to how we handle adversity and taking advantage of our opportunities.

“I am posting this now so it is not a discussion on game day. And so the discussion can continue to be about how to better our country, instead of divide us. Our team is ready to fight for our goals both on and off the field.”

Mayfield is part of the team’s 11-player social justice committee and read part of the organization’s plan to fight social injustice and inequality Aug. 30 before practice at FirstEnergy Stadium.

“When it comes to real life, that is just human rights. It is an equal rights issue,” he said after that practice. “That is something I am very passionate about. I wanted my guys to know that.”

He believes it’s important for white players and coaches to take an active role.

“I do because that just shows that you are in it with them. It is not a separated or it is not a one-sided movement,” he said.

Defensive end Myles Garrett, who’s also on the social justice committee, wouldn’t reveal Friday what the team planned to do in the pregame Sunday.

“Not going to give anybody any time to dissect it and try to make it more than it is or divisive,” he said. “What we choose to do, it will have a point. There will be a message behind it. We will use it to unify us, the NFL and the people who choose to watch.

“Whatever we do, we are going to do it together. That is what we talked about. That is it.”