Season Predictions: After getting carried away last year, I’m picking 8-8 for Browns 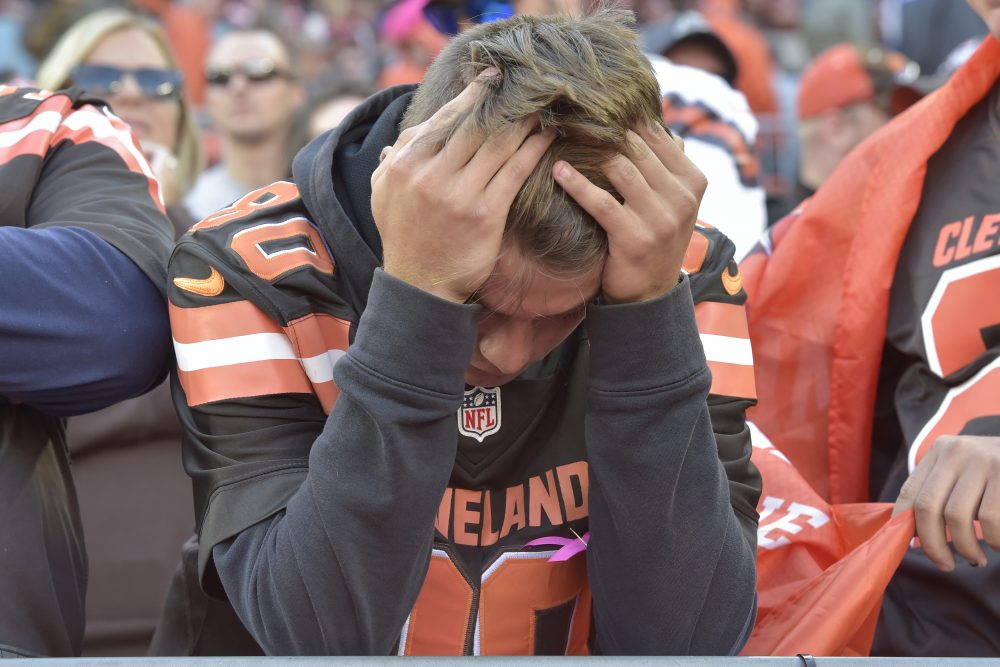 I’ve been wrong before. Way wrong.

After all, I thought Brandon Weeden was the answer at quarterback.

I’m not sure I’ve ever been more wrong than in this space a year ago.

Not only did I predict the Browns would go 10-6 — which, believe it or not, seemed conservative at the time — I wrote they’d win their first AFC North title and a playoff game.

Perhaps the only thing more embarrassing was the final line, where I predicted Freddie Kitchens to be the NFL’s Coach of the Year. In my defense, I knew Kitchens had a huge bust potential. But if the Browns were good, he was going to reap the rewards.

Obviously neither happened. The Browns went 6-10, finished third in the division and Kitchens was fired soon after the finale.

Despite the horrific flashbacks, I’m going to get back on the horse. I didn’t check, but I’m pretty sure I’m contractually obligated to offer a season prediction.

No matter how brave you think I am to resume this perilous task, I admit I’m scarred by all the losing. (I know you are, too.)

No playoff appearance since 2002. No winning season since 2007. After the painful reminder last year, it’s just hard to predict success for this franchise.

But the talent compiled by former general manager John Dorsey and successor Andrew Berry is impossible to ignore, especially on offense. And first-time coach Kevin Stefanski seems better suited to handle expectations and disappointments than Kitchens was.

But Stefanski was dealt an awful hand. Coronavirus moved the offseason entirely online, canceled the preseason and condensed training camp.

The Browns are among the teams most affected by the crazy circumstances. Quarterback Baker Mayfield hasn’t mastered the new system brought by Stefanski, rookie Jedrick Wills has just begun the transition to left tackle and the roster remains young.

Everything points to a slow start, which can be lethal in a tough division.

But I can see a path to a number of wins. Nick Chubb, Kareem Hunt, Odell Beckham Jr., Jarvis Landry, Austin Hooper and Myles Garrett are difference-makers, and Beckham and Landry should be healthy after fighting through injuries last year.

The Browns will need to hang in if the start is rough. They need Wills to be at least OK early and gain confidence.

And, of course, they need Mayfield to be better. A lot better. He must be more comfortable in the pocket and more accurate.

If Mayfield plays like a top-15 quarterback, the Browns will contend for the playoffs. I think that will happen. I just can’t predict they’ll make the postseason — even with the introduction of an extra wild-card spot.

Too many questions remain. Along with too much Baltimore and Pittsburgh.

After the tumultuous last six months and an uneven camp for the first-team offense, I’m settling at 8-8.

That’s an improvement and a solid start for Stefanski.

Browns-Ravens Preview: 3 things to watch, 3 key numbers, the prediction
Commentary: The new guys may do something new … win