Commentary: The new guys may do something new … win 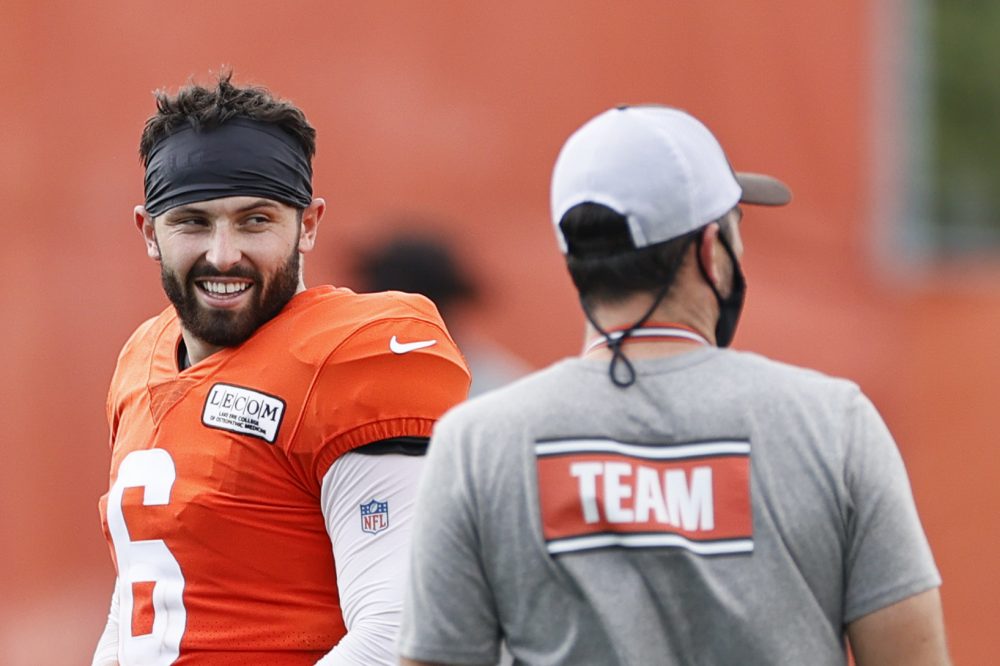 It was just about this time a year ago when we were all super excited about the start of the Freddie Kitchens Era.
Ah, the chaotic days of yore!
But, the beauty of the Browns is that the next era is never very far away.
So, say hello to the next one!
Yes, it’s that time of year again, boys and girls, the start of another NFL season, which means, per NFL rules, the start of another Browns season — and everything that entails. What it entailed last year was the entrails of a season, and an era, gone horribly and rapidly wrong.
So horribly and so rapidly wrong that a new era was immediately commissioned. Because if the Haslam Era has taught us anything, it’s that … well … the next era is never very far away.
This year, all rookie head coach Kevin Stefanski and rookie general manager Andrew Berry have to do is make us forget about all the Haslams’ previous it-seemed-like-a-good-idea-at-the-time mistakes, including, and especially, the last one, when we all learned that just because a guy would make a great next door neighbor doesn’t mean he can coach an NFL football team.
The good news this year is that in Stefanski and Berry, the Haslams seem to have finally snapped their long losing streak. The new head coach and new general manager easily pass the “we know what we’re doing” eye test. Of course, the Browns have yet to lose a game, so nobody’s planning any parade routes yet. But let’s just say the start of this Browns season has a better feel to it than last year, when it felt like everyone at the top of the hill just piled onto the bobsled, gave it a shove and hoped for the best.
That Berry and Stefanski are at the wheel this year is comforting because this season might be the most challenging Browns season ever, given what’s at stake and in play: Baker Mayfield’s future, heightened expectations, all the injuries, no pre-season games, elite competition within the division (the powerhouse Ravens, the return of Ben Roethlisberger, defending Joe Burrow), not to mention asking a first-year coach and first-year general manager to find and make all the pieces fit — and doing all of it in the middle of a pandemic.
Other than that?
Piece of cake.
What Berry and Stefanski are facing is unlike what any NFL general manager or coach have faced in the history of the game — until this year, when all of them are facing it.
The difference, however, is in experience. The competition all has it. The Browns’ Big Two do not.
Bill Belichick has had a quarter of a century as an NFL coach to prepare him for this challenge. Mike Tomlin has been the coach of the Steelers for 13 years. Andy Reid has been an NFL head coach for 21 years. Kevin Stefanski has been on the job for eight months, with no games played.
How many NFL general managers have more GM experience than Berry? Pretty much all of them.
On paper, then, but only on paper, the Browns were arguably the least-equipped team to handle the acquisition and evaluation of players, and the assembly of a 53-man roster during a pandemic. That doesn’t mean they couldn’t do it. It just means it’s harder.
Mayfield?
All that’s on the line for him this year is the success of his team and his future with the Browns, or in the league. In his first two years he’s been terrific in one and terrible in the other. Who he is as a player is not a slam dunk either way — yet. But after this season, he’s either going to be trending towards something exciting, or trending towards Colt McCoy.
No team in the league needed at least a couple of preseason games in which to evaluate their talent more than the Browns. Instead, they got no preseason games. No team could be hurt more by a rash of training camp injuries, hampering player evaluation and the installation of offensive and defensive systems, than the Browns, who had to deal with exactly that.
In-person player-coach relationships, which are the lifeblood of any football team, were not just hampered, but virtually non-existent for Stefanski, his staff, and their players for much of this summer. I’m no football coach, but that certainly can’t be good.
Team chemistry and Mayfield’s ongoing attempt to connect with his receivers, both new and old, also took a hit in these pandemic-influenced days.
Even the lack of fans at training camp, and playing their home games in a stadium mostly empty of the NFL’s most rabid fans will also be a challenge for a Browns team that traditionally feeds off it.
For Stefanski and Berry, the run-up to the run away from last year’s nightmare couldn’t have contained more potholes.
Fasten your seatbelts.