Mailbag: How will Kevin Stefanski’s personality translate to success? Will Mack Wilson be back soon? Will team be significantly better by 2nd half of season? 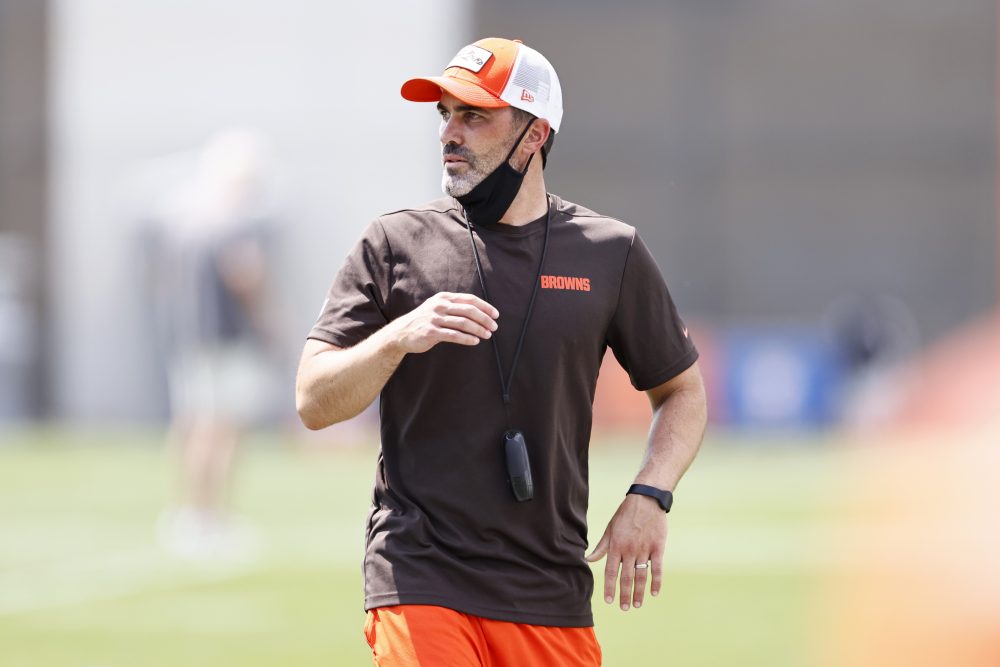 Q: Great article on Kevin Stefanski’s background. How do you think his personality and upbringing will translate into his actions and success as a head coach? What are your impressions of his interaction with the Browns press corps to date?

I think it can only help to have a dad who’s been a general manager in professional sports. Ed Stefanski is a longtime NBA executive, including being GM with his hometown 76ers, and would take Kevin and his three brothers to basketball practices and games. It’s certainly a benefit to be comfortable being in a professional sports setting and around the greatest athletes in the world as you’re growing up.

Then you add Stefanski’s history in the Ivy League, not only as a student but a high-quality safety. I have no doubts about his intelligence, and I think he showed the ability to think quickly and adapt during the unique offseason. Those skills are crucial as a head coach and play caller. I just don’t get the sense Stefanski will be overwhelmed, and I couldn’t say that about all of his predecessors.

As for his dealings with the media, he’s been fine. Although we’d always like a coach to be more forthcoming and quotable. Being limited to Zoom makes it hard to be informal and develop rapport, and he was guarded throughout training camp — especially with the play caller decision.

Q: Does the fact that they haven’t put Mack Wilson on injured reserve give any indication of how soon he’ll be back? Isn’t there a new three-week injured list
option?

A: It certainly does.

You’re right about the three-week rule, something I hadn’t given much consideration. The league’s made a number of adjustments this year to provide teams with greater roster flexibility to deal with the uncertainty of COVID-19, and adding the three-week injured reserve rule is a notable one. Teams are also allowed to have unlimited players return from the in-season IR, and can bring them back after missing only three weeks.

In the past few years, teams were limited to bringing two players off injured reserve and they were forced to miss at least eight games. This is a great change given the circumstances.

For Wilson and the Browns, it means he might be back for Week 3 against Washington. That fits with the optimistic end of the timeline regarding Wilson. I was told Aug. 31 surgery wasn’t necessary and he’d be back in four-to-six weeks. Sept. 27 vs. Washington might be a stretch, but I don’t think it’s been ruled out.

Q: Did the owner get it right with the new GM and head coach? The team seems to be in great hands these days. Your thoughts?

A: Obviously it’s too early to tell for sure, but I think it’s understandable and warranted to be optimistic.

I mentioned reasons to feel good about Stefanski above, and many of the same reasons apply to first-time general manager Andrew Berry. He’s extremely smart and measured, and I believe he’s someone who can unite the organization. Berry seems genuine and built many quality relationships in his first stint with the Browns that will serve him well in his new role.

The next step is for the Haslams to trust their most recent hires and give them the chance to succeed.

Q:  Do you expect the Browns to be significantly better over the second half of the season, and could they actually parlay this improvement into a playoff appearance?

A: I do. I think the lack of an in-person offseason and preseason games hurt the Browns as much as just about any team in the league (maybe the Bengals with a rookie quarterback can make an argument), so it’s unrealistic to expect them to come out of the gate clicking on all cylinders. Assuming Stefanski knows what he’s doing, the offense will grow into his system as the season progresses. I definitely expect improvement throughout the season.

As for a playoff appearance, I wouldn’t rule out one. I settled on 8-8 for my season prediction, but that’s only one last-second win from 9-7 and a wild-card berth. The first key will be hanging around .500 early in the year. That almost makes Weeks 2 and 3 vs. the Bengals and Washington must-wins.

Q: Is re-signing current 2nd-string running back Kareem Hunt a strategy to motivate Nick Chubb? And does it imply Nick Chubb is a possible target to be on the trade block to avoid two large salaries against the cap at the position?

A: I have so many thoughts about the Hunt signing, I’m hoping to get to all of them in an analysis, but the craziness of Week 1 and the quick turnaround to the Thursday night game might make it tough. So I’m glad I get the chance to quickly address it here.

Chubb doesn’t need motivation — he might be the hardest-working player on the team — so I don’t think that was the impetus for Hunt’s extension. And I don’t think the Browns are interested in trading Chubb. He was the team’s best player last year and is admired and respected by coaches and teammates, so it would send an awful message to trade him, especially when he’s not making much money on his rookie contract.

To me, the extension was about giving the front office flexibility and options down the road. Without Hunt secured for 2021 and 2022, it would’ve put more pressure on Berry to sign Chubb to a long-term extension when he’s allowed to after this season. But with Hunt in tow and proving he wants to stay with his hometown team, the front office can take its time with Chubb — maybe even using the franchise tag on him for 2022 — and in deciding how much money it’s willing to spend at the position. I’m fascinated to see how it plays out over the next couple of years.

Q: With Stefanski calling plays, who do you think will get more targets? RB, WR or TE? And how many for each position group?

A: I wish I could give a more definitive answer, but I think Stefanski is going to spread the ball to all of his playmakers. I can envision the running backs getting the bulk of the load early as the offense finds its footing, then the receivers taking on an expanded role as the season goes on.

Stefanski’s time as a play caller last year with the Vikings — his only full season in the role — provides some insight. The top two running backs, led by Dalvin Cook, totaled 413 touches. The top three receivers, with Stefon Diggs leading the way, combined for 124 catches. And the top two tight ends had 75.

My guesses for targets on a weekly basis: 24 for Chubb, eight for Hunt, 10 for Odell Beckham Jr., eight for Jarvis Landry and six for Austin Hooper.

Mailbag: How’s Jedrick Wills doing as a run blocker? Should Jack Conklin and Wills switch spots? How’s the depth at linebacker and in the secondary?
Mailbag: What can be done at safety? What’s gotten into Wyatt Teller? Where’s Rashard Higgins?