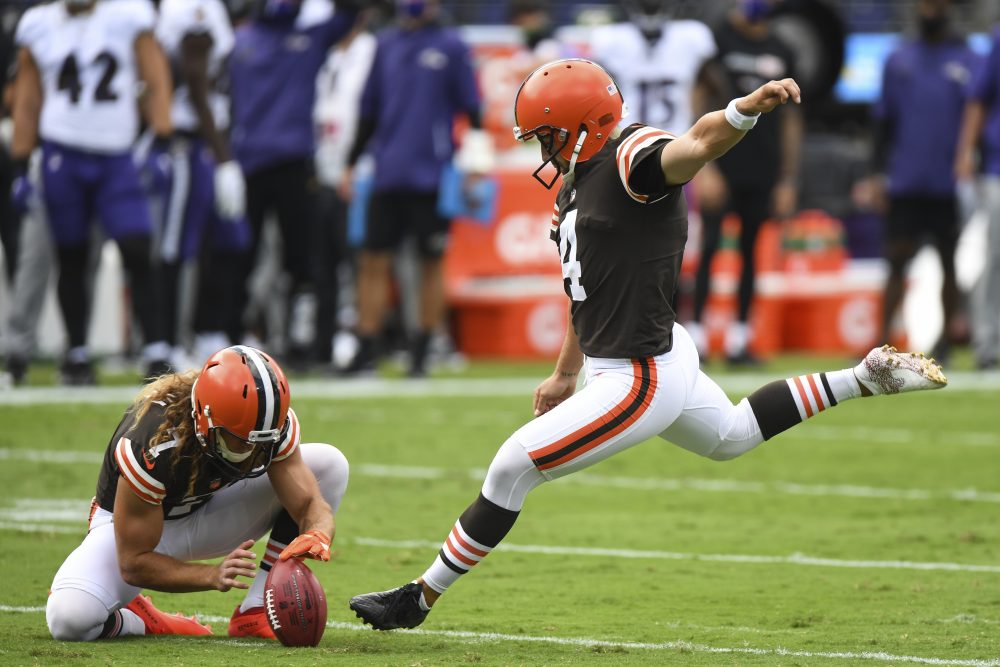 Two misses, to be exact.

The Browns made a kicking change Monday, less than 24 hours after a 38-6 opening loss to the Ravens.

Cody Parkey was elevated from the practice squad, and Seibert was waived after he missed an extra point and a 41-yard field goal Sunday in Baltimore.

The Browns play again Thursday night against the Bengals at FirstEnergy Stadium.

Seibert was a fifth-round pick of former general manager John Dorsey in 2019. He went 25-for-29 on field goals and 30-for-35 on extra points as a rookie.

Parkey was signed to the practice squad Sept. 6, and coordinator Mike Priefer said he was insurance in case Seibert tested positive for COVID-19 before a game. But the Browns must have had their doubts about Seibert to cut him so quickly.

Parkey debuted in 2014 with the Eagles and joined the Browns in 2016, going 20-for-25 on field goals. He lost the job the next preseason to Zane Gonzalez, a rookie picked in the seventh round.

Gonzalez struggled as a rookie then was cut after two games of his second year, when he missed two field goals and two extra points in a 21-18 loss to the Saints. He’s in his third year with the Cardinals.