Notes: Baker Mayfield encourages fans to get “rowdy,” and Kevin Stefanski says 6,000 will sound like 60,000 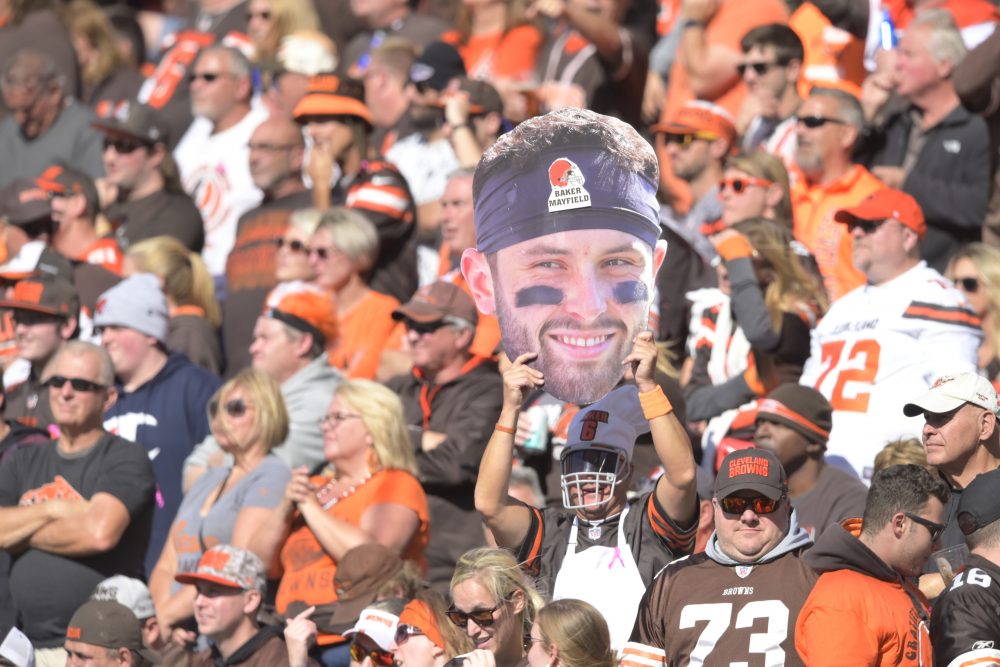 BEREA — Baker Mayfield challenged the fans lucky enough to attend the game Thursday night against the Bengals at FirstEnergy Stadium.

The Browns were granted a variance by Gov. Mike DeWine to have 6,000 fans at their first two home games despite the coronavirus pandemic. The Browns’ opener Sunday in Baltimore had no fans, as is the case for most NFL stadiums.

“It will feel a little different,” Mayfield said of having less than 10 percent of the 67,895 capacity. “But just having some fans in there will make a pretty big difference.”

The Browns asked to have approximately 20 percent of capacity and hope if things go well in the first two trials DeWine will allow the increase. The Browns won’t open the upper bowl Thursday, so the 6,000 will be dispersed among the lower bowl and club section.

“Our hope, honestly, is to control what we can control, execute really well, demonstrate a safe environment and potentially grow the number of fans we can have at future games,” executive vice president/chief operating officer Dave Jenkins said.

The organization believes its protocols will keep players, staff, fans and employees safe. The rules include fans wearing masks, which will be monitored.

“If you do not want to follow wearing your face mask, do not come,” vice president of finance and administration Greg Rush said. “We want people to move forward, show that we can do this together. We have talked to our ushers and our partners on how to enforce that.”

“Fans are such an important element to the gameday experience and creating a home-field advantage,” he said.

Kevin Stefanski will coach his first home game and is glad he’ll be joined by fans.

Kicker Austin Seibert will be in FirstEnergy Stadium on Thursday as planned.

Just on the other sideline.

The Bengals claimed Seibert after the Browns waived him Monday, and he may quickly get the chance to make a field goal to beat his former team.

“No, it is not worrisome,” Stefanski said of that scenario.

Seibert, fifth-round pick in 2019, missed both kicks Sunday, an extra point and a 41-yard field goal. The Browns promoted veteran Cody Parkey from the practice squad to take his place.

“We weighed everything and have been, Stefanski said. “With any decision, we make sure we spend our due diligence on it and we felt comfortable making the decision.”

Stefanski was asked why the team didn’t wait to waive Seibert when it knew the Bengals were in the market for a kicker after Randy Bullock was hurt Sunday.

“We were comfortable with the roster move,” he said.

Kareem Hunt rushed 13 times Sunday for 72 yards and a 5.5 average, while Nick Chubb ran 10 times for 60 yards. The Browns still got blown out.

“We all know we can run the ball,” Chubb said. “It is just we kind of got away from it in the game. Running the ball has never been a problem for us here. We just have to stick to it and get in a rhythm.

“We know we can run the ball so we just have to get better at other things.”

Despite the clunker, Chubb said he remains confident in the offense.

“We have the players and we have the coaches,” he said. “We just have to put it together. There is no excuse for us with who all is on our team to go out there and put up one touchdown.

“That is unacceptable. We know it, we accept that and we are looking to get better.”